WBC bantamweight champion Nonito Donaire will be out for revenge on Tuesday night in his long-awaited rematch against IBF/WBA champion Naoya ‘Monster’ Inoue in their headliner on ESPN+.

This will be the first risky fight for Inoue since 2019, as he’s spent the last three years taking it easy, licking his many wounds from his brutal war against Donaire.

Donaire will be looking to avenge his loss to Inoue (22-0, 19 KOs) in November 2019, when he gave the Japanese star massive problems.

Inoue won a 12-round-unanimous decision, but it was a costly one for him in suffering a broken nose, cut right eye, and a fractured right eye socket.

Since that grueling war, Inoue has feasted on these soft opponents in his three fights.

That fight against Donaire in 2019 took something out of ‘Monster’ Inoue, seemingly taking away his ambition to face the best.

You’ve got to wonder if Inoue would have spent the remainder of his career fighting weak opposition if not for Donaire convincing him to give him a rematch, finally.

If this were an old-school 15-round fight, Inoue likely wouldn’t have made it because his facing was breaking apart from the powerful punches from Donaire. The thudding power of Donaire’s shots was breaking Inoue apart.

The 39-year-old Donaire (42-6, 28 KOs) has been rejuvenated since moving back down to bantamweight and to his old self.

Inoue’s best chance of winning the rematch on Tuesday is to get to Donaire early before he starts landing his thudding shots and breaking his face again like last time.

If Donaire can make it to the second have of the fight, he will treat Inoue’s face like a piece of marble and chisel it apart with his powerful shots.

Inoue is an excellent fighter, but his facial bones were almost bird-like under the power of Donaire’s heavy sledgehammer blows.

“I think Donaire has fought better competition than Inoue since that first fight,” said Tim Bradley to ESPN. “When you fight a certain lower tier of fighters, are you really learning anything? Are you growing as a fighter?

“You can get really comfortable fighting this kind of opposition. When you carry these kinds of guys around, as Inoue did with Aran Diapen, who lasted into the eighth round and hit Inoue with various punches that he shouldn’t have gotten hit with. That doesn’t help you grow as a fighter,” said Bradley.

“It is going to be an amazing night, and you can look forward to seeing the best of me,” said Donaire about his long-awaited rematch with ‘Monster’ Inoue on Tuesday night in Saitama, Japan.

“I am very fired up, and it will be a fascinating fight!” 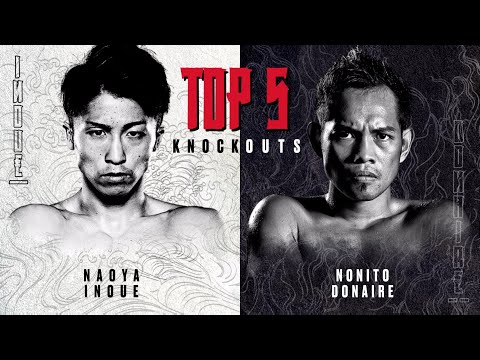