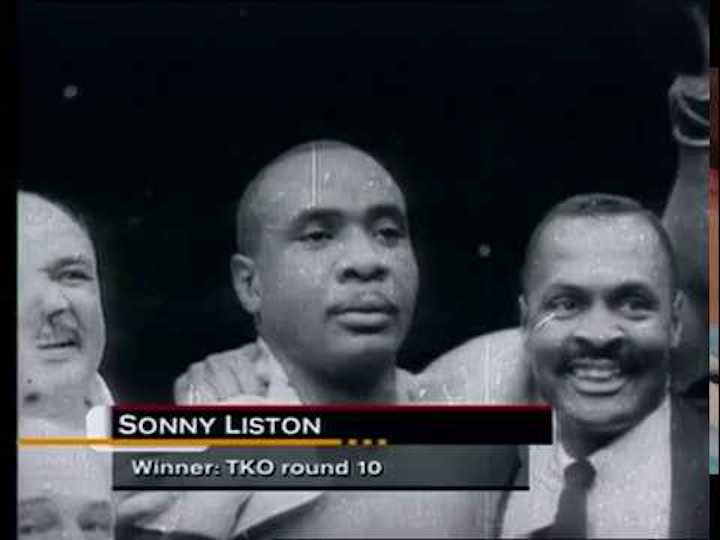 The life, along with the mysterious death, of heavyweight great Sonny Liston continues to fascinate as much as perplex all these years later – So much so, that a new film is being made. Based on Shaun Assael’s book – ‘The Murder of Sonny Liston: Las Vegas, Heroin And Heavyweights,’ the new film will be produced by UK company Mad As Birds – Celyn Jones will script the film, reports Deadline.

“[Sonny Liston] was one of the most indelible figures in sports and has long deserved a shot at the big screen. I can’t wait to see what they do with the story,” author of the non-fiction book Assael told Deadline.

Indeed, the film could prove to be fascinating.

Just how did Liston meet his end? Was the former heavyweight king, in December of 1970, busy taking drugs in a fit of self pity in his Las Vegas apartment, or was the (officially) 38 year old being set up for a mob hit, with dark forces rapidly closing in? Or was Liston, in fact already dead before the end of the year?

We will never, ever know – not for sure, anyway; even if many people in and around boxing have their various takes on how Sonny, truly one of the most mysterious and enduring boxers in history, met his untimely end. What stuff might the new film come up with?

What we do know for sure is this:

Liston last fought on June 29, 1970, battering Chuck Wepner to a bloody ninth-round corner retirement defeat. This win, one that came six months after Liston had been badly beaten himself – KO’d by Leotis Martin – proved little at the time other than the fact that the once-feared heavyweight ruler was still trying to earn a living from fighting.

Liston, 49-4 overall, was considered a long shot to ever regain his old title – the one he’d surprisingly, and meekly, surrendered in his now infamous February 1964 fight with Cassius Clay – but he was still more than expected to take care of the hittable Wepner. And, sure enough, he did so.

For years, rumors told us how Liston, ordered by Wepner’s mob “handlers” to take a dive so that they may earn a bundle at the bookmakers, was subsequently killed for not complying. And there is no doubt, a mere six months after the fight was over, Liston was found dead in his Las Vegas apartment (the official version says Sonny’s wife Geraldine, upon returning home from a trip away, found her husband’s lifeless and already decomposing body on January 5th, 1971 – six months and two days after the Wepner bout).

But was Liston really murdered, and if so, was it by The Mob?

The official story has it that Liston, a man who was always afraid of needles, died of a self inflicted, but possibly accidental, heroin overdose. Reportedly, a syringe was found near Liston’s body, small bags of heroin were found in his kitchen and, perhaps most importantly, a small puncture wound was seen on his right arm. However, Liston’s body was so badly decomposed when authorities arrived that no 100-percent autopsy was ever possible. To this day, Liston’s death screams of murder in many quarters. But would the mob, if they even did the deed, really have waited six months before paying Liston back for not taking the dive they demanded?

But if he was not murdered, was Sonny a victim of a self inflicted overdose? A number of people close to him doubt it. First of all, his wife Geraldine has stated many times that her late husband was no drug taker, and Liston’s last manager, the late Davey Pearl of referee fame (think Leonard-Hearns I) went on record as saying Liston was hospitalized around a month before the Wepner fight, and that is was then that the tough guy who had a fear of needles was put on an intravenous drip; thus explaining the needle mark on the former champ’s arm.

Add it all up, as far better detectives than fight experts have attempted to for more than four decades, and Liston’s death remains one helluva mystery. Indeed, Liston’s whole life was something of a mystery.

The forthcoming film sure has a lot of ground to cover.