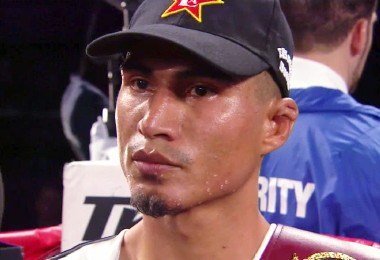 As the Top Rank contractual saga surrounding his inactivity rumbles on, a seemingly optimistic Mikey Garcia has spoken to fighthype.com to further clarify the situation regarding his in ring return – a fight he intends to make at 140lb before reassessing his options.

The talented former WBO 126 and 130lb champion always seems extremely cheerful in his interviews, this latest being no exception. Something that must be very difficult given how long it has been since he was last in a ring – January 2014 vs Juan Carlos Burgos.

He said with a smile;

“Everyone seems to still want to know when I’m fighting and I got the same answer – I don’t know!”

It’s a criminal situation really that such a good fighter as Garcia is losing so much of his prime waiting out the terms of his first, ‘unsatisfactory’ contract.

“I hope to be back by the end of the year. Hopefully everything gets straightened out and when I do come back, I ain’t stopping. I’m gonna push forward, I’ve gotta lot of time to catch up, I gotta push forward, push strong and get everybody out of there that they put in front of me – so I can make my mark again.”

A return at 140 – a two weight jump – has been mooted for a while and it’s something Garcia himself confirms;

“We want to come back for the first fight at 140. Feel my body, see how I feel there at 140. If I feel comfortable then I’ll stay there and go after titles there. But if I feel I’m not ready or I’m too small and not quick enough or strong enough, then I’ll decide to come down to 135 for a title there and maybe campaign at 135.”