The public memorial was televised live locally and also on YouTube. The venue, Rocky Marciano Stadium, saw fans attend, giving their respects to the fallen champ. A lovely sunny day, the events starting with a rendition of tunes performed by a local choir, today’s tribute was indeed one fit for a champion. And a king.

The mayor of Brockton spoke about Hagler with passion before introducing Thomas Hearns, who received an ovation from the fans. Stephen A Smith then spoke at the podium.

“There’s something very, very special about Marvin Hagler,” Smith began. “I consider Marvin Hagler to be one of the greatest fighters we’ve ever seen. Think about the level of consistency he brought every single time he stepped into that squared circle.

Think about the politics that prevented him from becoming recognized sooner. Somehow, someway, this dude kept going. He kept working. He never cheated the sport, the fans, or his name. That’s why I’m standing here today.” 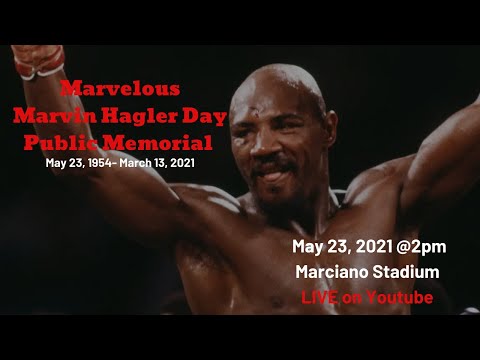 “On the evening of April 15th, 1985, after I had just announced the great fight between Marvin Hagler and the great Thomas Hearns, we were in a booth, and Marvin said to me, ‘I think we fought well tonight. I hope everyone got their money’s worth.’

As we know, we got more than that. Marvin was honest and loyal – those are the best words to describe him. Marvin had the same trainers and the same promoter his whole career.

During his career, when he finally won the world championship, there were sometimes scorecards handed in that were not quite right. But through it all, Marvin persevered.

When I last saw Marvin, we were at a show, and he told me that my sister knew more about boxing than I do. I forgave him for that (laughs). I’m so happy I had a chance to cover his career. He was a special guy.”

Footage of some classic Hagler fights was then shown on the big screen, accompanied by the ‘Rocky’ theme tune. Footage of the epic Hearns war really pumped up the crowd, quite naturally.

That fight and win was the highlight of Hagler’s brilliant career. Following this, a compendium of Hagler’s tv adverts, his interviews, and his speeches was shown. By now, plenty of people in attendance at Rocky Marciano Stadium were quite emotional.

Then Sugar Ray Leonard spoke, this also on the big screen. Leonard apologized for not being there in person. “I loved Marvin,” Leonard said. “He was perhaps the greatest middleweight champion ever. I know some people think he won the fight we had; others think I won. But this is not about that.” 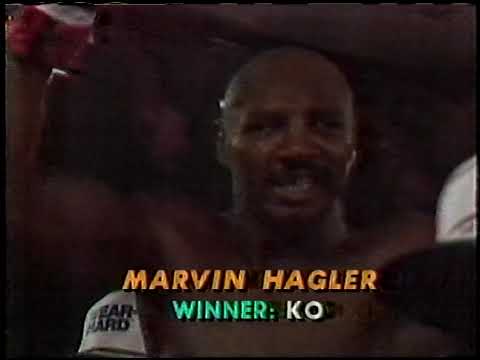 “Al Bernstein mentioned how Marvin Hagler retired in 1988. That has a connection to me because I was in a penitentiary then. I used to cut out pictures of Marvin. This man gave me hope.

We’d never net at that time, but he passed the torch. This ain’t about me. Marvin Hagler was such a part of boxing history, and he gave me hope. Marvin Hagler was the most disciplined fighter until I took the baton. Marvin physically is gone, but because of Hagler, you have me.

“He never shied away from any fight. I wanted to emulate that. You had Tommy Hearns, and you had Ray Leonard, but I accepted the torch from Hagler. Simply marvelous!

Marvin Hagler taught me how to be disciplined and how not to take anyone for granted. I watched Hagler break guys down, physically and mentally. This is science. He left the blueprint.”