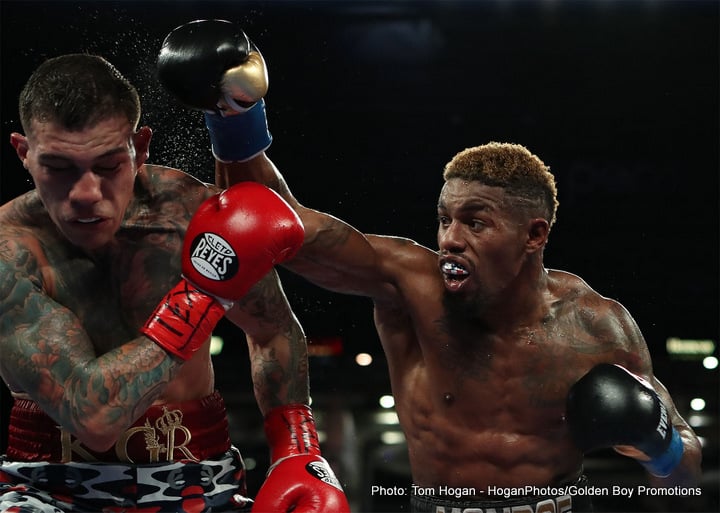 Murray is the older man by three years at age 34 and he has recently been boxing up at super-middleweight, but a drop back down to 160 sees him going in with the warrior from Philly. Rosado, like Murray, has come up short in a world title fight – both men gave world number-one Gennady Golovkin a brave challenge before being stopped; Murray in the 11th, Rosado in the 7th – and he also has an absolute ton of experience.

This fight really could prove to be one of the highlights of the year, but who wins? Murray, 34-4-1(16) returned to winning ways following his points loss to George Groves, beating the unbeaten Nuhu Lawal by decision in November. Murray is one tough man, being stopped only by Golovkin (Murray holding the distinction of taking GGG the furthest in a pro bout) and fighting at home, he could be a slight favourite to prevail, maybe via ultra-close decision.

But Rosado, 23-10(13) never makes things easy for anyone. The heavily-tattooed slugger is coming off a decision loss to the slick Willie Monroe Jr. but there is nothing to suggest the fire has gone. In fact, the April fight could come down to who has the most left. Rosado, who had a small roll in the movie “Creed,” was close to a fight with Billy Joe Saunders, but he now gets Murray instead.

Between them, Rosado and Murray have given us at least five or six great action fights and this one promises to be no different. A distance fight looks likely and we just might be treated to something special on April 22 at The fabulous Echo Arena. Perhaps we will witness the start of a great rivalry.