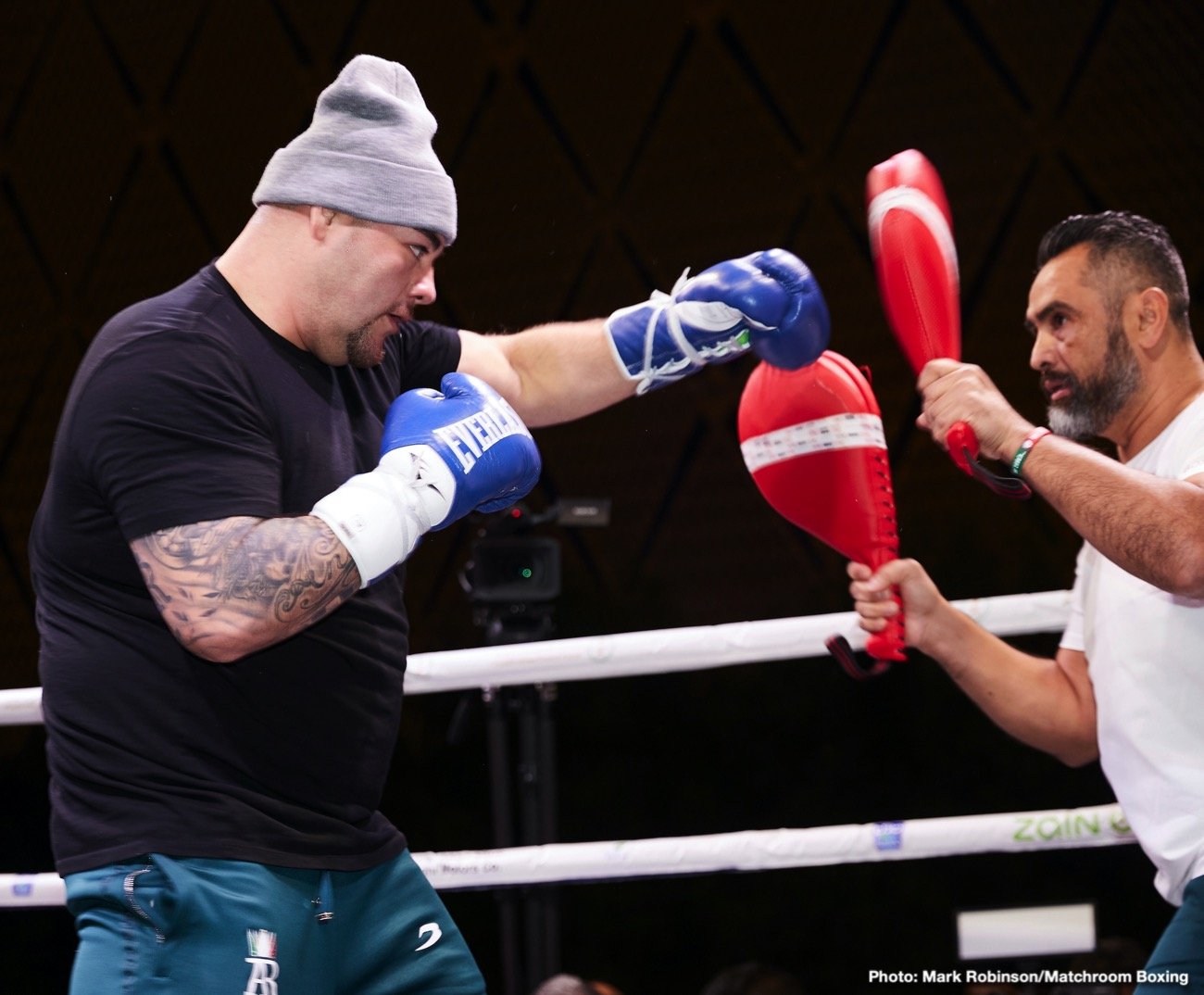 It seems another fight option has opened up for former heavyweight champion Andy Ruiz. Manuel Charr, who holds a version of the WBA heavyweight title, and who has been inactive himself, has told Sky Sports how he hopes his manager and his promoter can get the fight with Ruiz made. Charr, 31-4(17) and inactive since his November 2017 win over Alexander Ustinov, says he is not interested in easy fights, that he wants Ruiz – in either the U.S, in Mexico or even in the U.K.

“I hope it’s serious [talk of a fight with Ruiz], because I talk to my promoter Erol Ceylan, and his partner is Al Haymon [who works with Ruiz],” Charr said. “He works very close to Al Haymon. Erol Ceylan is right now in Turkey. He will fly next week to the USA to talk personally to these people and I hope he can make this fight happen. If any opponent gives you a chance for the world title fight, you say no or do you say yes? I want this fight, do this fight. I will risk my belt. I don’t need an easy fight. Fight me.”

Charr, who had been close to facing Trevor Bryan (yet another claimant of a version of the WBA heavyweight title, Bryan now set to fight Christopher Lovejoy in September), says Ruiz is easily ranked high enough by the WBA for the organisation to sanction this fight.

“No-one can stand in the way, because I’m world champion and he’s top five. He’s number-four,” Charr said. “I hope this fight will be in the U.S, or in Mexico, or U.K.”

So will Ruiz agree to the fight? It’s an interesting match-up, that’s for sure. And for Ruiz, who is yet to fight again after his disappointing return fight defeat at the hands of Anthony Joshua (A.J of course being the REAL WBA heavyweight champion), the chance to pick up some sort of belt in his first fight back might just persuade him to fight Charr. There was talk of Ruiz fighting Chris Arreola in his comeback fight but that has since gone quiet.

Charr needs a fight, Ruiz needs a fight. If a deal can be made, why not fight each other? But please, don’t call it a world heavyweight title fight.