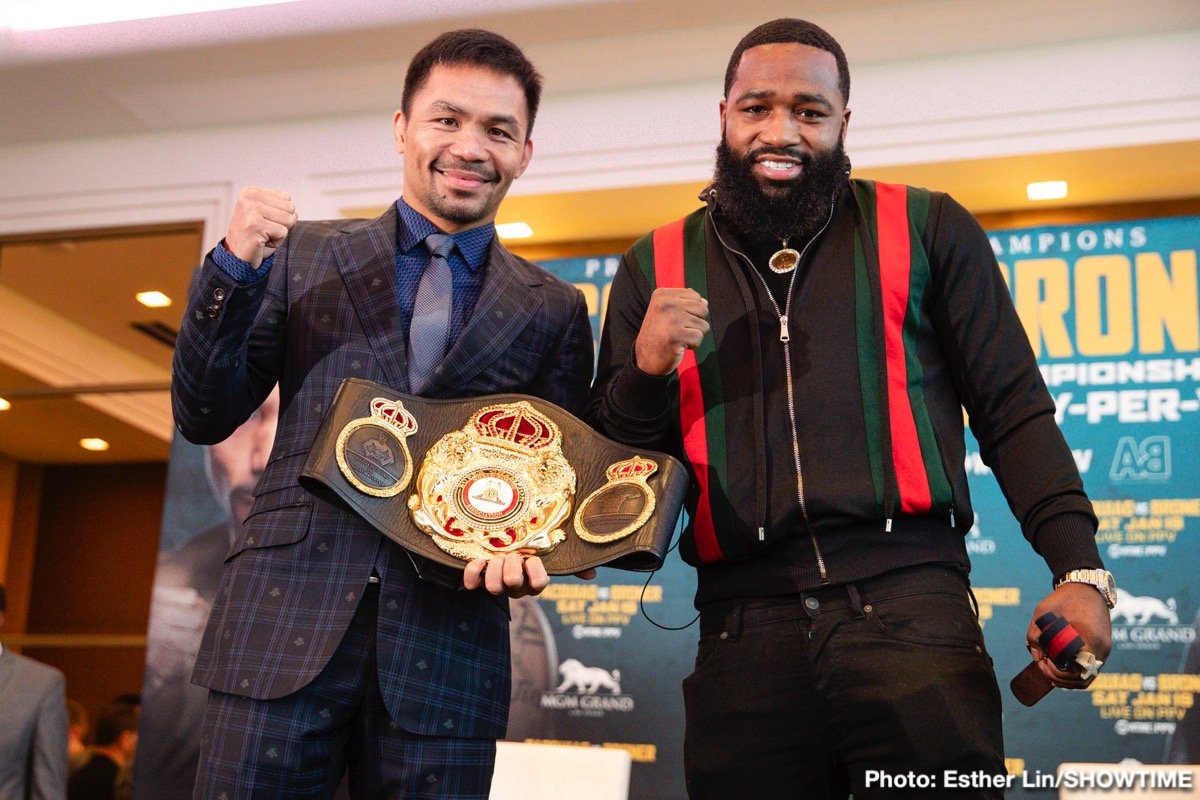 Superstar Manny Pacquiao reunited with trainer Freddie Roach over the Christmas Eve period and the WBA welterweight titlist is back training at Freddie’s famed Wild Card Gym, the Los Angeles gym once Pacquiao’s second home. The recently-turned 40 year old is of course training for his upcoming January 19th defence against “Problem” Adrien Broner and both men have sacrificed the festivities of the Christmas holidays to get in shape for what really is a must-win fight for both men.

ABS-CBN Sports reports how Pacquiao, who put in a tough session on Christmas Eve, will still have Buboy Fernandez as his head coach, with Roach coming back on board as a consultant. Despite his age, Pacquiao appears to be in fine condition, his speed of hand and feet still formidable. Broner too has been putting in the work instead of eating, drinking and enjoying himself the way we fans have been doing at this time of the year.

It’s often forgotten or overlooked how much fighters have to sacrifice to make it. With around three weeks to go until fight time, Pacquiao and Broner will be aiming to make it all worth it come January 19th in Las Vegas – this being a venue Pac-Man is returning to for the first time in a while. Will 2019 see Manny’s resurgence continue – he looked great in smashing the dangerous Lucas Matthysse to win his current belt, in July – or will bad boy Broner win the biggest fight of his career and end Pacquiao’s in the process?

It’s a fascinating fight, and the return of Roach to Team-Pacquiao can only give Manny extra opportunities to win.

Of extra interest to fight fans in the UK is the fact that ITV will show the fight, free and live on ITV4. The network recently did a deal with Al Haymon, with a number of big fights set to go out in 2019, some of them free, some on Pay-Per-View. The fact that the new deal will begin with a big fight basically given to the fans is good news. The more boxing on terrestrial TV the better.