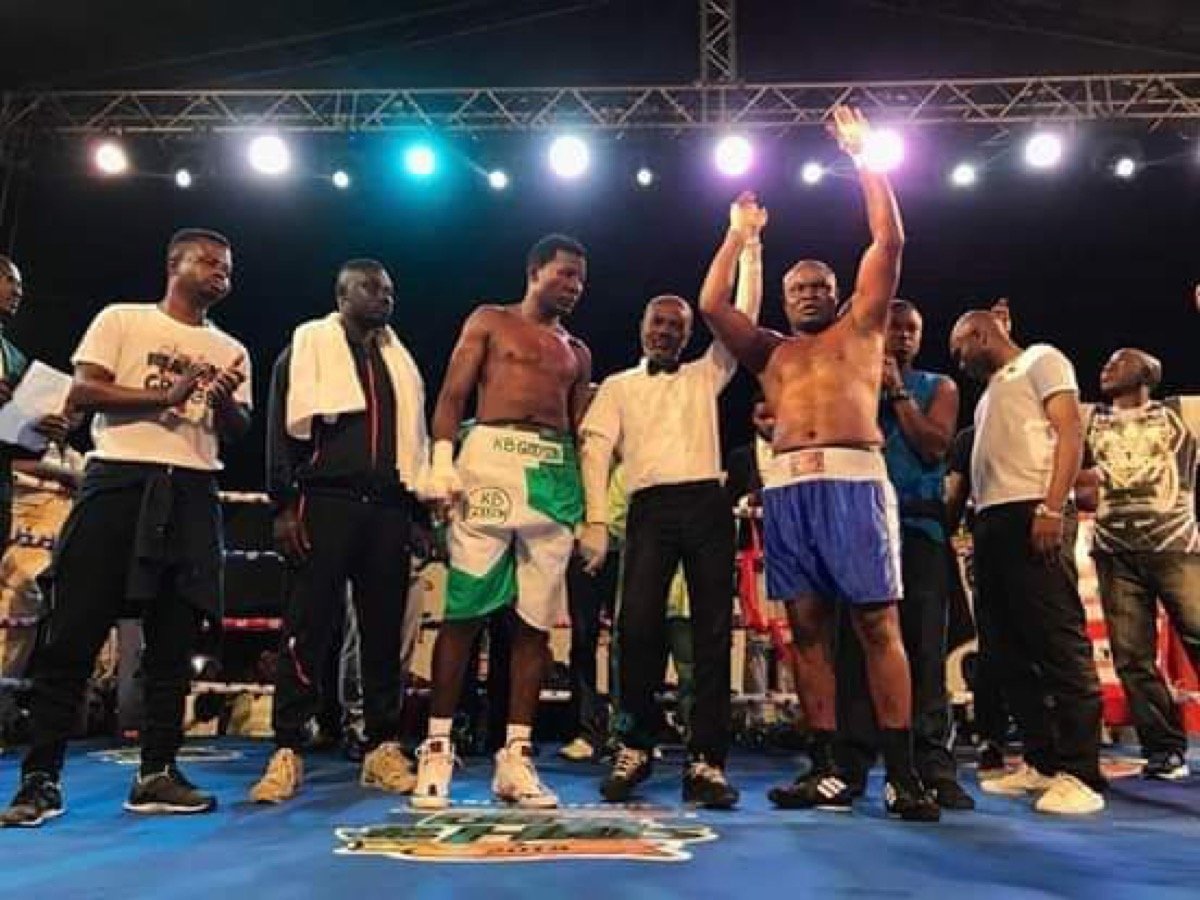 Kamoko, fighting for just the second time this year, took Towolawi to the cleaners in round 2, heaping one body shot after another on the Nigerian who had an otherwise encouraging opening round. It got worse for Towolawi who sprained his right arm and failed to answer the bell for round 3 despite incessant attempts by ringside medics to salvage the situation.

The victory provided the perfect platform for the 38 year old former IBF and WBO Africa champion who is also a part-time musician to treat the crowd at Kwahu which included 3-time world champion and Hall of Famer, Azumah Nelson as well as Member of Parliament for the area and brainchild of the Bliss on the Hills Christmas festival, Hon. Bryan Acheampong to some of his tunes, much to the admiration and cheers of the crowd who were witnessing fight action in that part of the country for the first time ever.

An added spice to the occasion was the appearance and terrific knockout victory exhibited by Emmanuel Danso, the only boxer to hail from the area, for which reason he is nicknamed Kwahu Tyson. And Danso aptly delivered a devastating knockout punch even ‘Iron Mike’ will envy in round 8 to see of an otherwise stern challenge of hitherto undefeated Michael ‘Osulan’ Osuman (falls to 8-1, 6 KOs). So heavy was the punch in round 8 of their scheduled 10-round super middleweight contest in what was Kwahu Tyson’s own first fight in front of his people, that Osuman fell flat, appeared to have lost consciousness for a few minutes before ringside doctors managed to revive him and get him on his feet even for the official declaration.

Also victorious on the night was Razak ‘Rubator’ Nettey who overcame the stiff challenge of Nathaniel ‘Engine’ Nukpe on unanimous points to win their Ghana super featherweight final eliminator and Jacob Laryea secured a first career win in a clash of debutants against Isaac Tetteh.

“We thank Hon. Acheampong for the good work he is doing for Kwahu Abetifi and ask for God’s continuous blessings on him. We appreciate the partnership with Kwahu Republic and we are very glad to have brought boxing here for the first time,” said Yaw Sakyi, CEO of Azumah Nelson Boxing Promotions.

“The professor, Azumah Nelson is ready to continue the partnership and train the youth of this area interested to learn and develop boxing. You all saw how Kwahu Tyson won here this evening to make you all proud, now young guys you can make sure when we meet again here next year, you could also be the one winning in this ring,” Mr. Sakyi added.