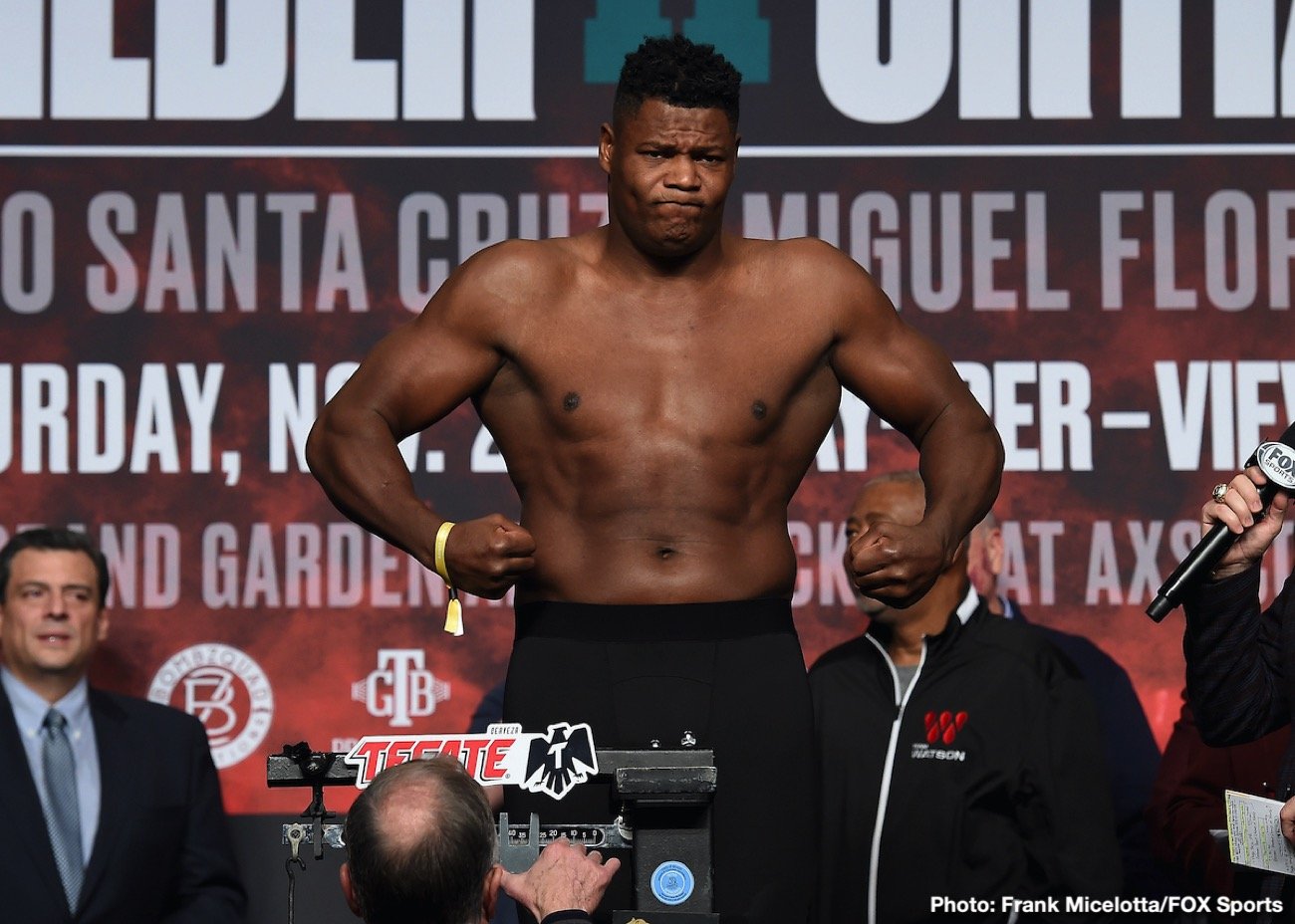 It seems we will get two returning heavyweight names on November 7 on FOX. According to boxing writer Mike Coppinger, Luis Ortiz will face 31-year-old journeyman Scott Alexander on the November card that will be headlined by Andy Ruiz against Chris Arreola.

The Ruiz vs Arreola is an interesting fight, with fans hoping for an entertaining slugfest. It will likely depend on how much 39-year-old Arreola has left in the tank at this late stage of his career. As for Ortiz, he is a man plenty of fans want to see fight Ruiz. This match-up has been spoken of for quite a while. Instead, 40-something Ortiz gets what looks like a pretty easy one for his latest comeback.

Alexander is 16-3-2 with 8 KOs and he is coming off a win. Alexander’s biggest fight to date is probably his June 2018 decision loss to the recently retired Travis Kauffman. Alexander pushed Kauffman pretty hard in dropping a majority decision.

Ortiz has of course not seen action since his return fight with a then unbeaten Deontay Wilder. Ortiz was boxing well, if cautiously, and he was winning the rounds. But then, as fans know, Wilder lowered the boom on the Cuban southpaw and laid him clean out in highlight reel fashion.

How much that crushing and devastating KO loss took out of and affected Ortiz we don’t know. Ortiz, who some say is actually pretty close to the age of 50, remains a big and attractive name. Who knows, if both Ortiz and Ruiz win in November they could wind up facing each other after that, next year perhaps.

The end of this year is shaping up as quite an interesting and exciting time for the heavyweights – with this card and the Povetkin vs Whyte rematch, the Anthony Joshua vs Kubrat Pulev fight and the Tyson Fury vs Deontay Wilder finale all set to come.

Rest assured, we will see some knockouts with that lot going down.