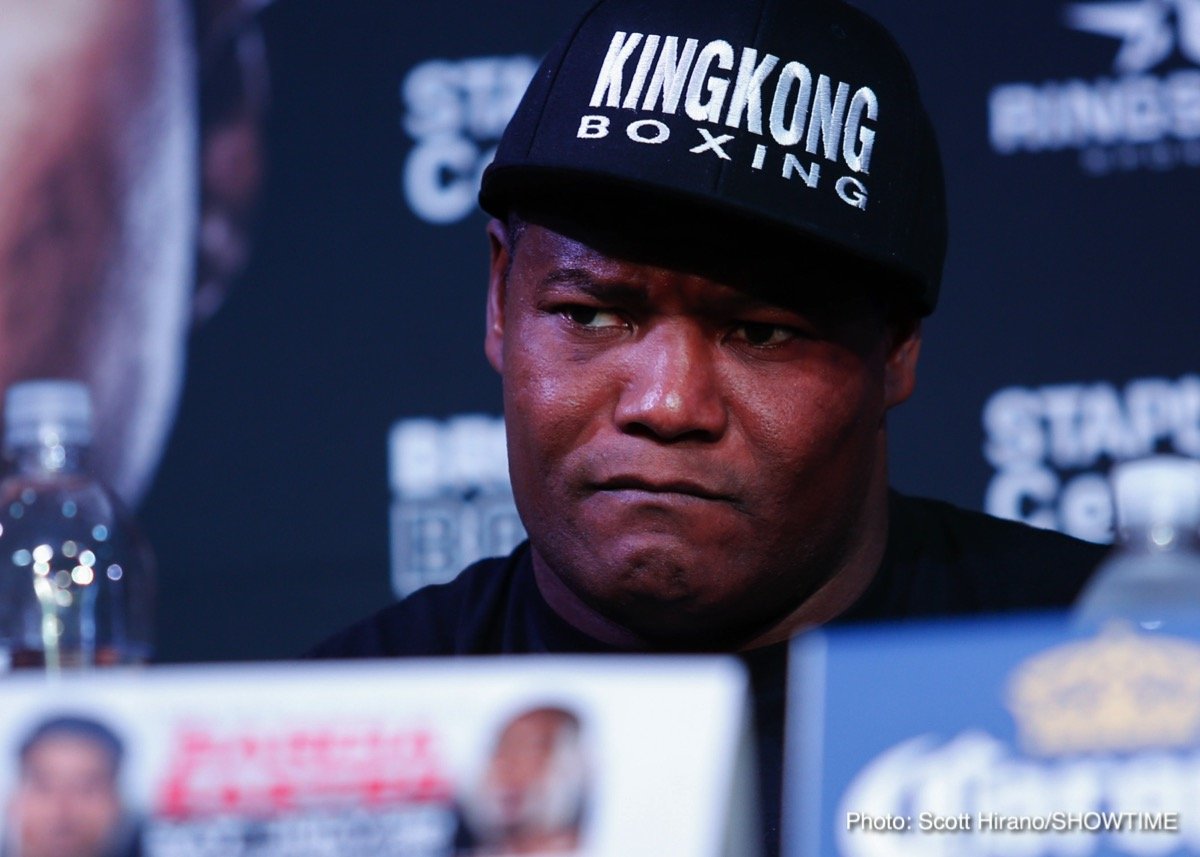 The under-card for the December 1st heavyweight showdown between WBC ruler Deontay Wilder and lineal champ Tyson Fury is shaping up. Mike Coppinger of Ring Magazine has reported how Luis Ortiz and Joe Joyce will both fight on the card at The Staples Centre in Los Angeles, and that 154 pounder Jarrett Hurd will also feature. There is no word yet on who the IBF/WBA super-welterweight champ will face, but as for the two heavyweights, it could be Gerald Washington for the unbeaten Joyce, and Ortiz is said to be close to agreeing a fight with Travis Kauffman.

Both heavyweight fights are intriguing and it is to be hoped they do indeed happen. Ortiz against Kauffman could turn into a good action fight. Ortiz, 29-1(25) is hungry for big fights and it looked at one point as though the Cuban southpaw might fight Dillian Whyte in the UK on December 22 (and maybe still will, though it looks doubtful). Last seen hammering Razvan Cojanu to quick defeat in July, Ortiz craves a second go at Wilder, who he of course hurt badly before being stopped in a great fight back in March.

Kauffman, 32-2(23) is probably best known for his 2015 fight with Chris Arreola. Originally a majority decision win for Arreola, the result was later changed to a no-contest due to the Mexican/American warrior testing positive for marijuana. Since then, 33 year old Kauffman of Reading, Pennsylvania has fought just three times: stopping Josh Gormley in 2016, dropping a close decision to Amir Mansour in 2017 and then picking up a close points win over Scott Alexander in June of this year.

Ortiz would be a big favourite to beat Kauffman if the fight happened, but at age 39 (some say a good deal older) Ortiz’ wheels could conceivably come off at any time. Six years the younger man (or more) Kauffman might just rise to the occasion and give Ortiz a rough fight.

Ortiz, an avoided heavyweight, needs to get busy as he does not have any time to waste. Good on Kauffman if he agrees to take this risky but big opportunity of a fight.