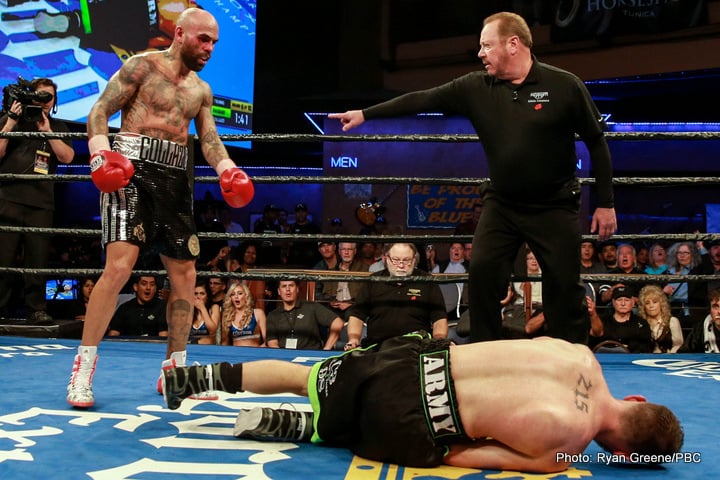 The Brooklyn-native Collazo started slow as Vasquez Jr. looked to control the fight with his movement and jab. The action began to pick-up in the third round as Collazo struck the first major blow of the fight, connecting on a right hand that sent Vasquez Jr. to the canvas.

Vasquez Jr. stunned Collazo early in the fourth round with an overhand left and pressed forward to initiate numerous exchanges along the ropes. Collazo was able to hold off his younger opponent and do damage with body shots and short punches in the exchanges.

After a more tactical round five, Vasquez Jr. once again pushed forward on Collazo in the hopes of getting his offense going. The veteran Collazo was prepared for the attack and connected on a vicious right hand that put Vasquez on the mat and out for good as referee Bill Clancy halted the bout at 1:27 into the round.

It was the third straight impressive victory for Ugas, who has put himself squarely in the conversation in the welterweight division. Ugas was in control of the early part of the fight, winning exchanges in the middle of the ring and breaking through the high and tight guard of Ghvamichava.

Ghvamichava was able to work his way back into the fight with an increased work rate in the middle rounds as he began to find openings in Ugas’ defense. Referee Bill Clancy deducted a point from Ugas in round eight after multiple warnings for low blows.

The action heated up in the final two rounds as both men exchanged heavy blows throughout. Ugas began to land his left hook successfully but Ghvamichava had his moments and continued throwing punches until the final bell. After 10-rounds of action the judges scores were 99-90, 97-94 for Ugas and 95-94 for Ghvamichava.

In a showdown of unbeaten super lightweight prospects, Chicago’s Eddie Ramirez (16-0, 11 KOs) earned a stoppage victory after nine rounds of action against Houston’s Ryan Karl (13-0, 9 KOs). Karl’s corner stopped the fight before the 10th and final round.

Ramirez was the more effective fighter from the start, working off of his jab to hit Karl with a big right hand that staggered him in the second round. Karl was able to weather the storm and compete throughout the middle rounds of the fight as he threw constant power punches in an attempt to catch Ramirez.

The momentum swung to Ramirez for good starting in the seventh round, when another right hand connected with Karl and opened up a cut over Karl’s left eye. A late flurry by Ramirez in round nine as he staggered Karl near the ropes and forced him to hold Ramirez. Karl was able to finish the round, but did not answer the bell for round 10 as his corner put a halt to the fight. 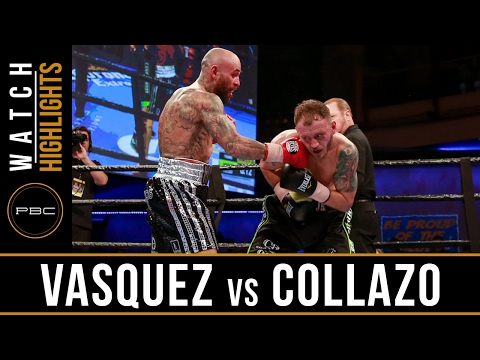 “Going into the fight I knew he didn’t like the body shots. In the locker room my team was telling me that he’s going to be waiting for it. We wanted to touch him soft down low and then go up top. We opened him up. We both tried to line up the hook and mine landed first.

“I’m a slow-starter. I’m better from a distance and I have the experience. I’m 35 but I still feel like I have a lot left in the ring.

“I’ve learned a lot about myself. I’m completely dedicated to this sport and ready to keep moving forward. Everyone said I was faded but now I have the opportunity to keep going.

“Sammy caught me with some good shots. He got me with a big overhand left. He’s a strong fighter.

“There are a lot of great fights coming up in the welterweight division. I know Shawn Porter doesn’t have an opponent right now. I’m ready to get it on if he is.” 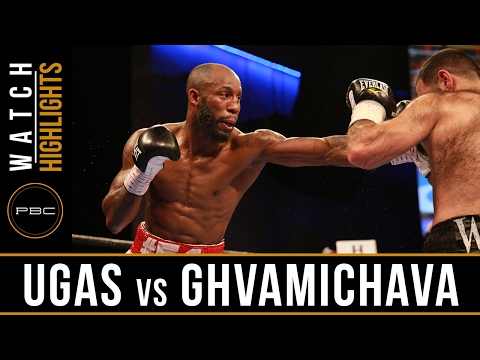 “I felt like I was starting to get in my groove. He just caught me with a really great shot at the right time.

“I knew his big punch was the right hook. I was working on keeping my hand up to block it. I dropped it at the wrong time and he got me.

“Obviously this is going to set me back. I need to come back stronger. I hope that I can come back and fight someone that can help me move up the ranks.”

“I boxed from a distance like we prepared. I thought that I was in control and I thought I won easily.

“I was surprised it was a split-decision. I thought I won most of the rounds. He was a very tough opponent but I was ready for him and I did what I wanted to do.

“I was feeding off of my corner. I’m a top contender and I’m ready to face anybody.”

“I’m disappointed in the result. It’s hard to put into words. It was a close fight. I thought a lot of his shots were being blocked and I thought I countered well.

“The referee did his best to control he low blows. You don’t want a fight to end in disqualification. But taking those shots effects everything.” 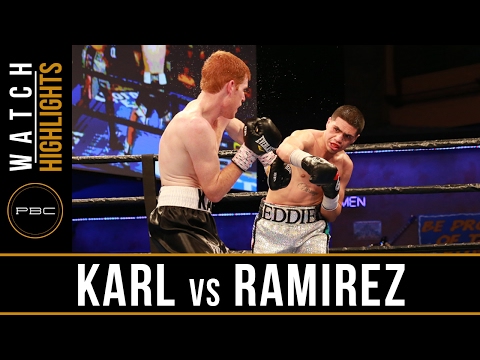 “I’m happy. We worked hard and this is another step. We’re going to keep working hard. I have what it takes to be a world champion.

“Ryan Karl is a tough fighter. He came to give it all he had. He didn’t want to quit, but we broke him down and got the win.

“Karl and I both came to win. Someone’s perfect record had to go. There was no quit in him. I was going to finish the fight in the last round.

“My plan was to break him down. I never wanted this fight to go to decision. I did what I had to do.

“I’m aiming high. I want to fight the best. If I keep working hard everything is going to take care of itself and I’ll get where I want to.

“I wanted to make him miss a lot while also being aggressive. We were ready to finish him off, we just wanted to go little by little and get the win.”

“I just wasn’t on tonight. I couldn’t hit my right hand how I wanted to. I give him all the credit. My timing wasn’t right. He looked great and I looked mediocre.

“It’s disappointing. Boxing is my job. I lost a lot in there. I have to get better. All that matters is winning the fight.” 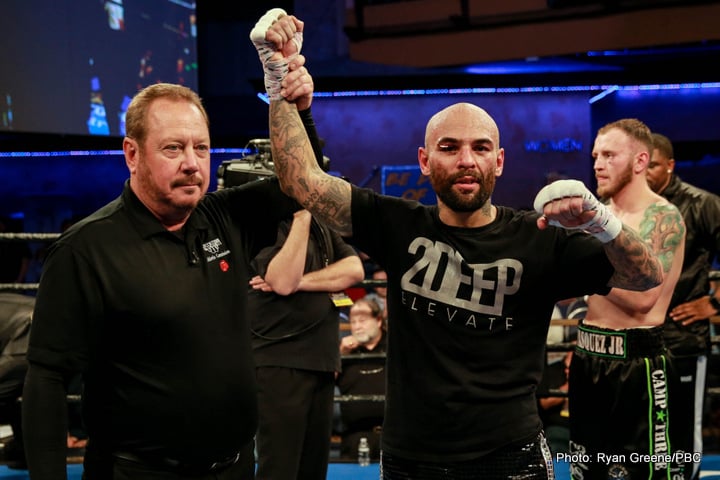 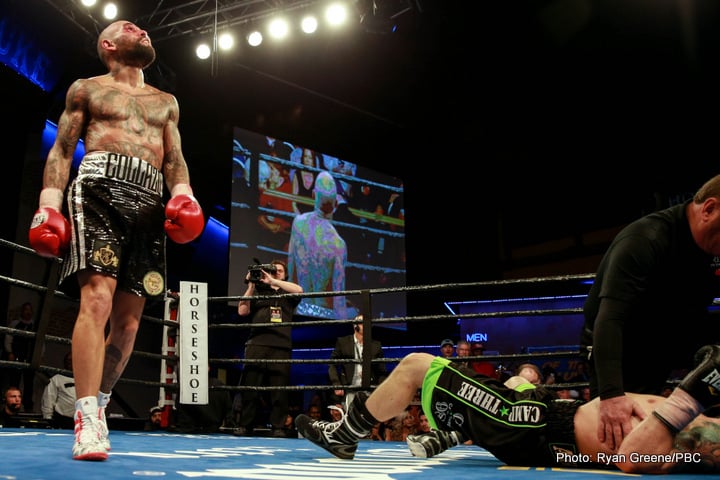 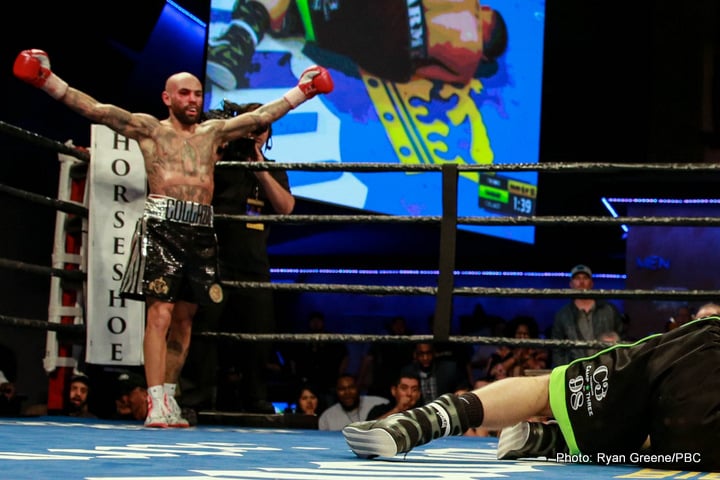