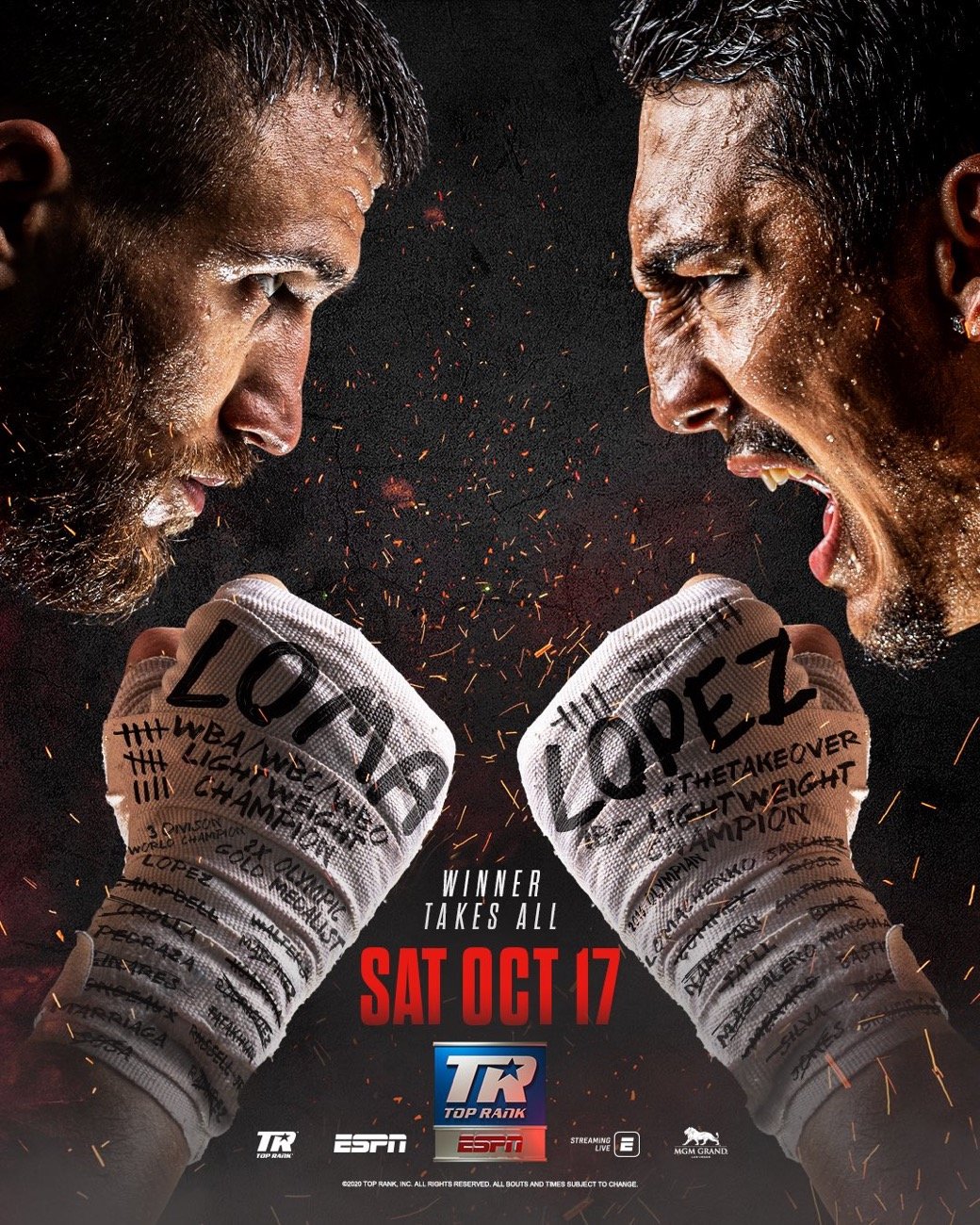 It’s the hottest confirmed fight of the remainder of the year, if not 2020 period. It’s the lightweight unification clash between pound-for-pound king (in the opinion of most) Vasyl Lomachenko and red-hot future great (maybe) Teofimo Lopez. The fight will go down in Las Vegas on October 17, and Lopez has predicted how Lomachenko will go down.

Lopez, 15-0(12) has said a whole lot more than that. In speaking with Fight Hype, the reigning IBF 135 pound champ stated that Lomachenko “doesn’t know how to fight going backwards.”

Now, that’s quite a statement. The masterful Lomachenko, 14-1(10) has tied opponents up in knots, he has taken their heart, he has hit them and hurt them, Lomachenko has made a number of fine fighters flat-out quit. But can he fight going backwards? Has any fighter forced him to do so? Will Lopez be able to put Lomachenko on the back-foot? It’s yet another fascinating question we can ask ahead of what is a fascinating fight.

“He doesn’t know how to fight going backwards. Everybody is saying he’s the greatest fighter of all time, but you’ve got to learn how to fight with all the attributes, bro.”

So has Lopez seen something in Lomachenko that makes him feel he can, A – push him back and, B – not fear his opponent being able to do too much about it once he does so? Maybe. Lopez is incredibly confident going into this fight, and he has been that way from the get-go. Added to his belief that “Hi-Tech” is unable to fight on the back-pedal, is the belief Lopez has of how Lomachenko has grown old, or has shown signs of slowing down due to the vast number of amateur fights and tough training camps he has put his body through.

Indeed, the way Lopez tells it, there is no way Lomachenko can win next month! It’s the (not too) old master (aged 32) against the young lion – a young lion (aged 23) who fully believes he can and will devour anything in his way.

I don’t know for sure who wins on October 17 (I am picking Loma), but I do have the feeling that whatever happens on the date, these two fighters will meet again. Can Lomachenko possibly improve on his game? Does he have to do so? Is Lopez ready for as special a fighter as Lomachenko? Will he ever be?

What questions do YOU have an urge to ask going into this fight?