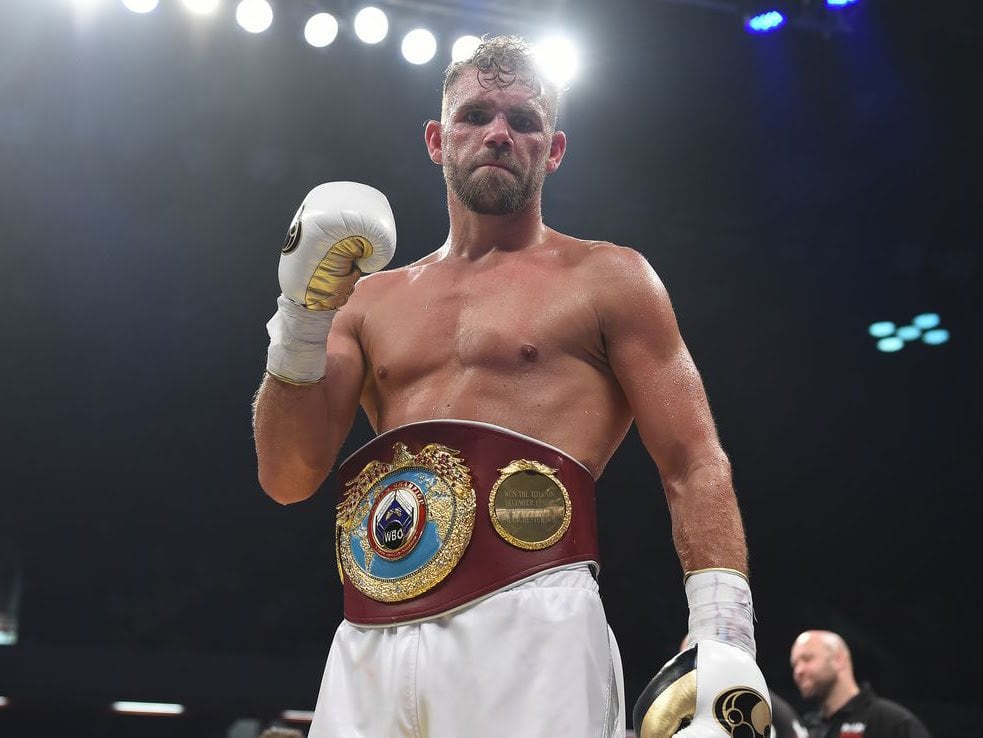 The scores were 120-108, 117-111, and 118-110. The 29-year-old German based Isufi fought well enough to deserve a couple of rounds, but no more than that. Isufi was looking for a big shot all night long. He didn’t have the hand speed, agility or the boxing skills to match the talent of Saunders.

The southpaw Saunders fought well against a fighter that looked over-matched from the beginning. The WBO had Isufi ranked #1 with their organization going into tonight’s fight. He looked like he belonged outside of the top 15.

Saunders won the WBO 168-pound title that was vacated by champion Gilberto “Zurdo” Ramirez recently. Ramirez moved up to light heavyweight to go world titles in that weight class. It’s thought that Ramirez will come back down to 168 to try and reclaim his WBO title one he tastes defeat two or three times at 175. Ramirez lacks the punching power for him win against the top guys in that division. If Saunders is still the champion by the time Ramirez comes back down, that would be a good fight. In the meantime, Saunders say he wants to fight Saul Canelo Alvarez and Callum Smith at super middleweight. We’ll see if either of those fights ever materialize for Saunders before he’s dethroned.

Heavyweight prospect Joe “The Juggernaut” Joyce (9-0, 9 KOs) destroyed old timer 42-year-old Alexander Ustinov (34-4, 25 KOs) in three rounds in the co-feature bout. Joyce, 33, used his size and punching power to beat up the 6’7″ Ustinov. In the third, Joyce tagged Ustinov with a hard left hand that knocked him to his knees. The referee then pulled the plug on the fight at 1:55 of round three. It’s not a surprise that Joyce was able to easily beat Ustinov. This was a mismatch the moment the fight was made. Joyce’s management wanted to put him in with fringe contender Dereck Chisora, but the fight couldn’t be negotiated.

Joyce looked good, but he needs to fight better opposition than Ustinov moving forward. Unfortunately, it looks like his management will continue to put him in with this level of opposition for the foreseeable future.