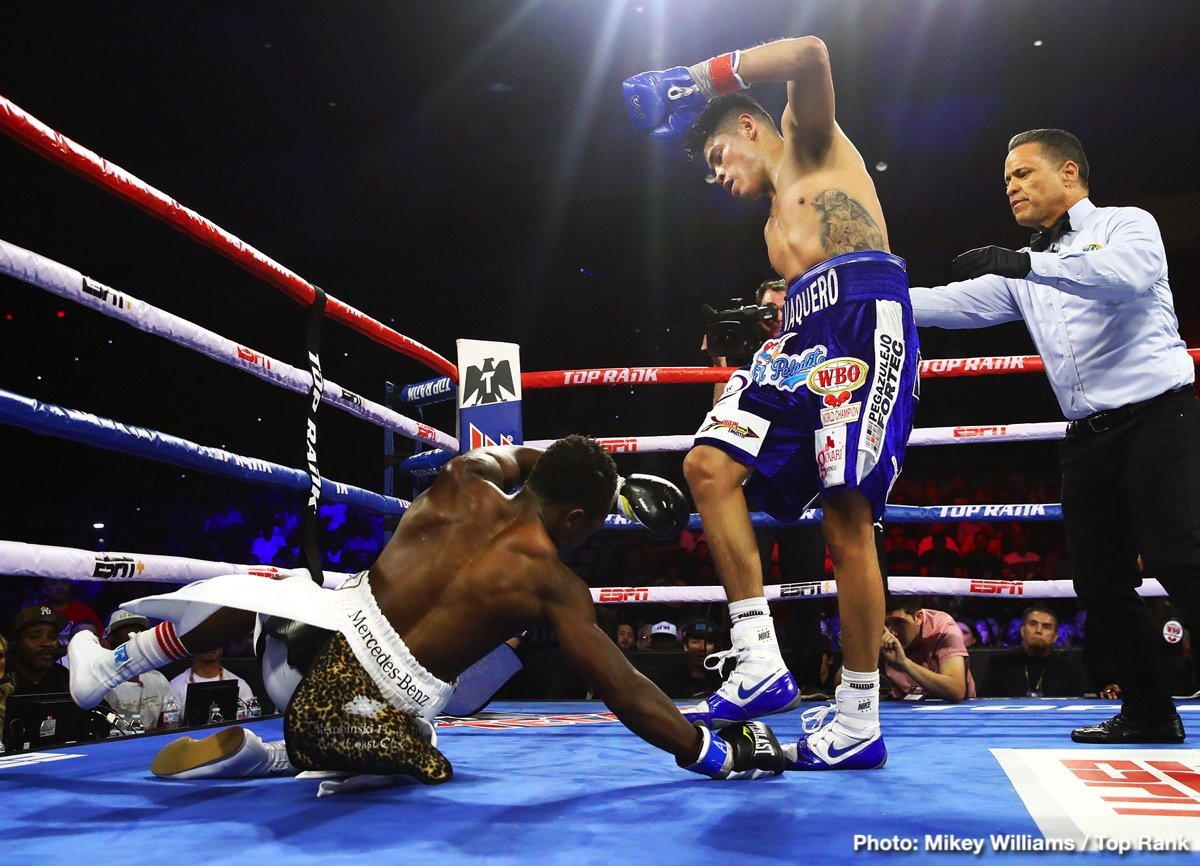 WBO super bantamweight champion Emanuel Navarrete (27-1, 23 KOs) beat Isaac “Royal Storm” Dogboe (20-2, 14 KOs) by a 12th round stoppage in their rematch at the Tucson Arena in Tucson, Arizona. Navarrete, 24, knocked the much smaller Dogboe down in rounds six and twelve. The fight was stopped in the 12th with Dogboe getting pummeled.

Dogboe showed a lot of heart in staying in there as long as he did tonight in soaking up endless punishment, but it wasn’t the smartest thing for him to do. It’s good that the fight was eventually halted, but it’s a match should have been stopped earlier by the sixth round at the latest. Navarrete, 5’7″, was just too big for the 5’2″ Dogboe to handle. It wasn’t the five inches in height that Navarrete had over Dogboe. He enjoyed a 10″ reach advantage, and he looked considerably heavier than him after he rehydrated for the fight. The two fighters looked like they were at least two weight classes apart in size. Dogboe was a alot shorter, and he had problems connecting on his punches due to the length of Navarrete.

On December 8, Navarrete defeated Dogboe by a one-sided 12 round unanimous decision in their first fight on ESPN to capture his World Boxing Organization 122-pound title at Madison Square Garden in New York. Navarrete, 24, was too, too strong and too talented back then, and tonight was no exception. It was the same fight, but worse for Dogboe. This is a fight that Dogboe shouldn’t have accepted. He would have been better off going in the direction of IBF/WBA champion Daniel Roman or WBC champion Rey Vargas. Either of those guys would have been better options than to take on a fighter with the size and punching power or Navarrete.

“To all the fighters at 122 pounds, I tell them that if they want my title, then they can come and try and take it. ‘El Vaquero’ is here,” Navarrete said after the fight.

It’ll be interesting to see if Navarrete gets any takers from the other champions that might want to face him. It’s unlikely that Navarrete will get any of the other belt holders to fight him. They’ve got easier options in defending their belts against fighters their size or smaller that aren’t huge punchers. Navarrete presents a big style mismatch due to his size.

“It really surprised me that he took so many hard shots, but at the same time, he continued to throw strong punches,” Navarrete said. “I want to thank Dogboe because he gave me the opportunity to become a world champion.” 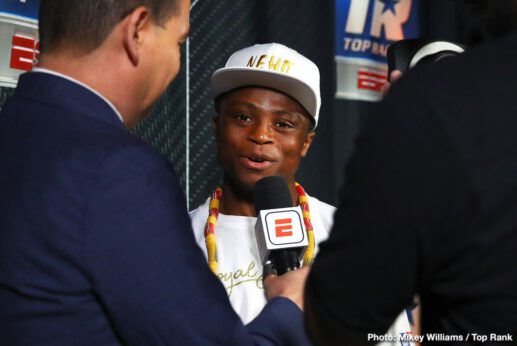 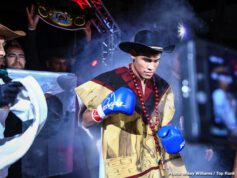 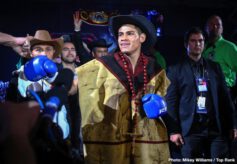 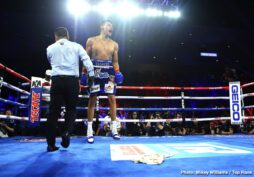 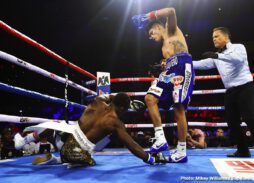 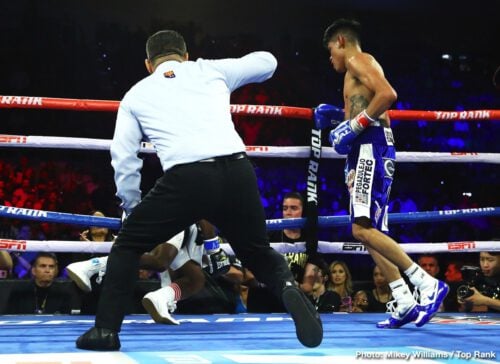 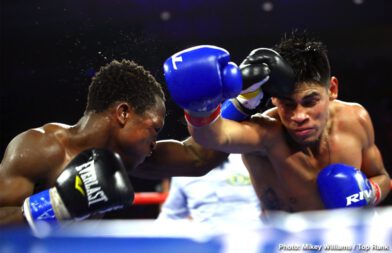 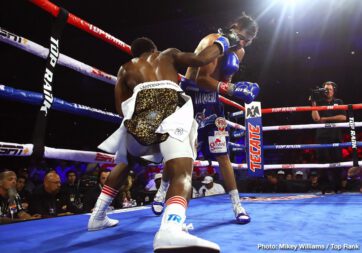 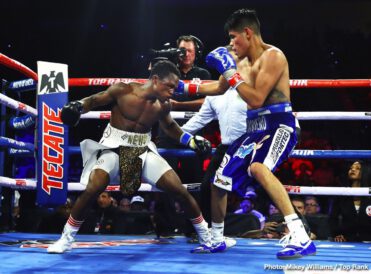 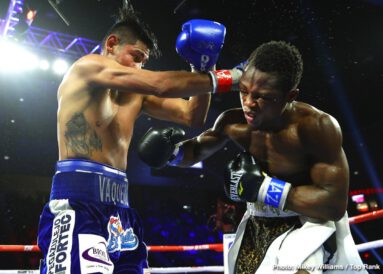 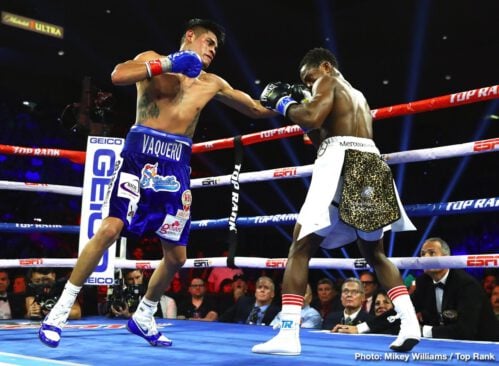 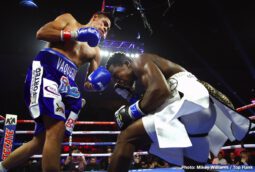 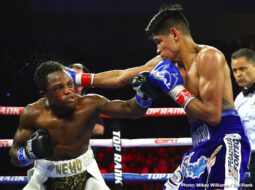 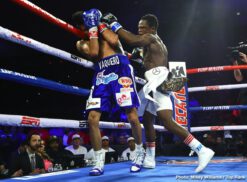 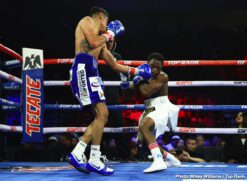 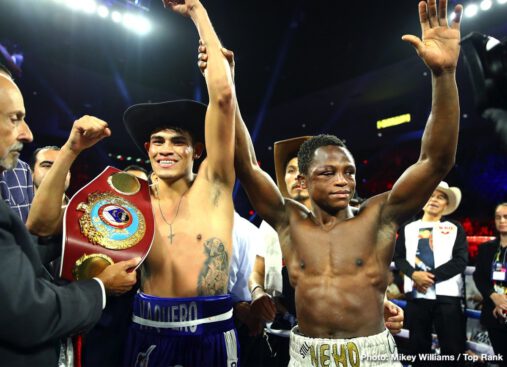