Australian super lightweight standout Liam Paro has his sights set on the fastest route to a world title.

Paro emerged victorious last time out, as he featured on the Showtime Sports presentation involving internet superstar Jake Paul in Tampa, FL, as he cruised past Yomar Alamo via decision on away soil.

Paro discussed the potential fights that may come to fruition in 2022. “I’m interested in whichever fight comes around. I’m at the top of the WBO ratings, and I am so grateful to my team at ACE Boxing who have laid the foundations for me to accomplish that. Now it’s my time to shine.

“I want the Josh Taylor fight naturally, and I hope that fight happens. That’s a dream fight. Josh is a great fighter, he’s the unified champion, and I would love a shot at all the marbles. If he moves up, then I’m in the best position to fight for a vacant title. So either way, I want to be a world champion after the final bell of my next fight and I believe I will be.”

With talks of Taylor moving up, fights with Jose Ramirez and Jack Catterall have been mooted inside boxing circles. Paro opened up about the realities of who a future opponent for him could be leading into a world title fight.

The undefeated Australian stated, “I honestly don’t mind if it’s Ramirez or Catterall. To be world champion you have to fight the best and I’m willing to do that.

“If Ramirez goes off and fights Jose Zepeda on ESPN I wish him nothing but the best, however, I want to fight Ramirez. If that fight was ordered for a vacant title I would love it and would be fully confident of winning it.

“If I get ordered to fight Jack Catterall the same mentality applies. Many think he should be unified champion after the Taylor fight so it’s a highly motivating fight for that reason amongst others. If I fight him in Australia, the UK, or the USA it honestly doesn’t matter to me. I’ve shown I’ll travel to fight in the past and that hasn’t changed. I’m fully confident that my team at ACE Boxing and Matchroom Boxing will deliver me a world title fight in the coming months.” 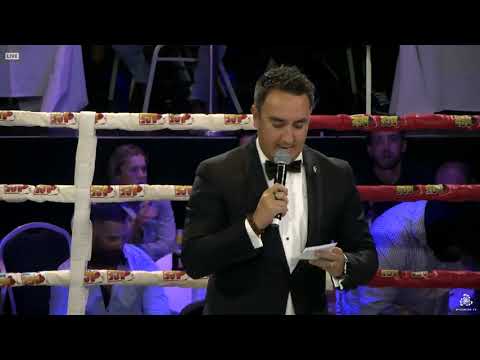