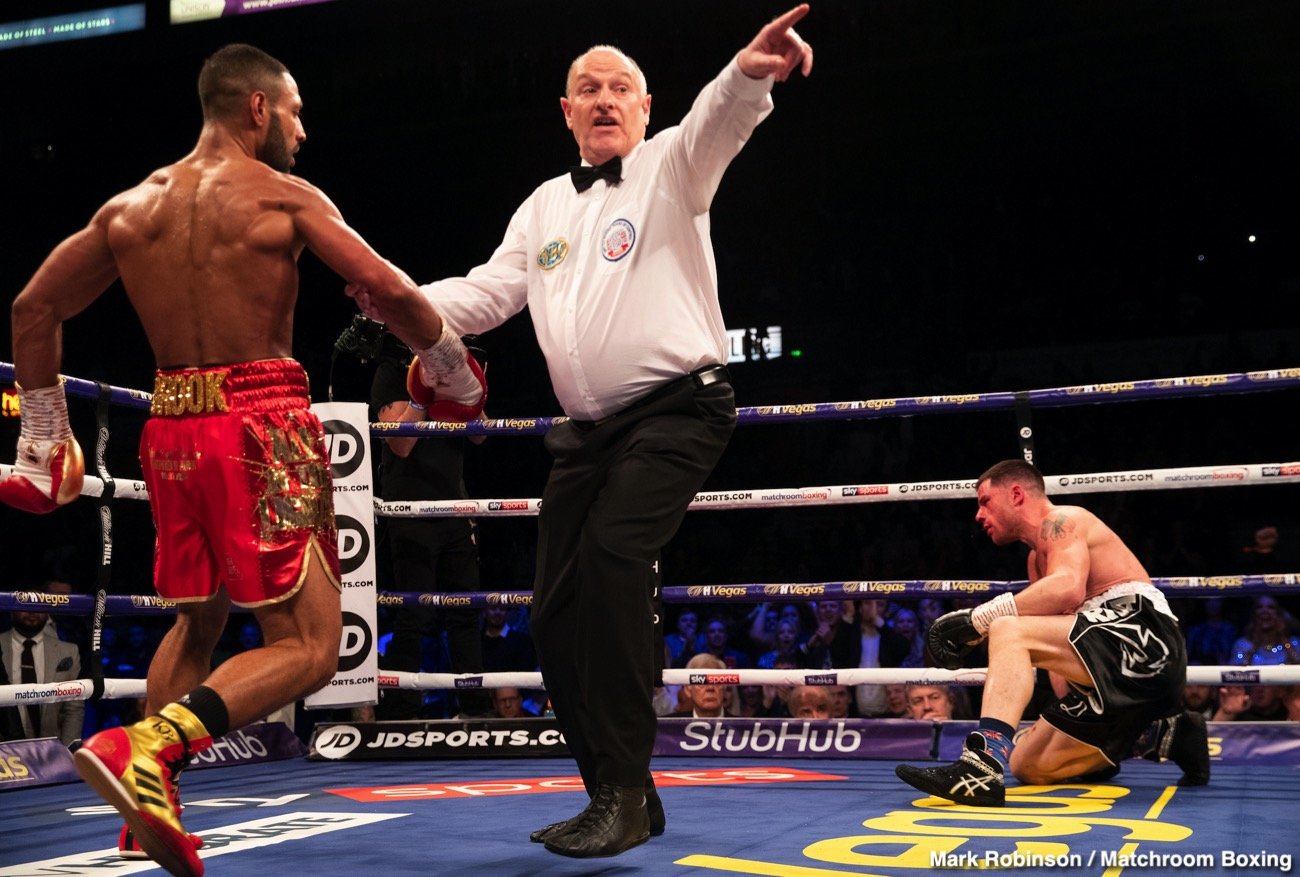 Former IBF welterweight champ Kell Brook might not have too long left before he retires, and “The Special One” is aiming to go out with a bang. Still very much believing he can become a world champion again, Brook has let it be known he is willing to fight WBO welterweight champ Terence Crawford next, or former champ Keith Thurman if the fight with “Bud” isn’t made.

Speaking with Sky Sports, Brook, who last fought in February when he stopped Mark DeLuca up at 154 pounds, is currently training in Fuerteventura and he says he is “light” in weight. Brook says he will be ready and able to fight either Crawford or Thurman in October or November, at 147 pounds.

“I’m staying busy and ready,” Brook, 39-2(27), said. “I’m going to put myself in the best position for when things come back to normal. I’m very keen on fighting Crawford. I think Keith Thurman has spouted that he would love the British pound. He’d like the fight, so I’m keeping myself active in Fuerteventura with Josh Taylor, Billy Joe.

“We’re working hard. I’m very light. I don’t like to say what weight I am, but I’m very light, especially for me having no date. If it’s Crawford, he’ll be defending his title, so it will be 147. Thurman, it could be a catch-weight. I can be ready for October, November for 147.”

As a comeback fight for both men, a Brook-Thurman fight does make sense, and Thurman did recently say he would be willing to fight Brook in the UK. That one would certainly attract a good crowd in Sheffield. Crawford really wants a fight with superstar Manny Pacquiao, but if that one cannot be made (and it looks doubtful), then maybe the hard-up for a name opponent Crawford will hand Brook a shot.

In truth, Brook would likely be a heavy underdog against Crawford, and maybe against Thurman too (not so much if Brook did secure home town advantage; although this didn’t help Brook when he fought Errol Spence at home, losing his IBF belt). 34-year-old Brook may or may not have one big, big effort/great fight left in him before the curtain comes down. But could Brook beat Crawford or Thurman?