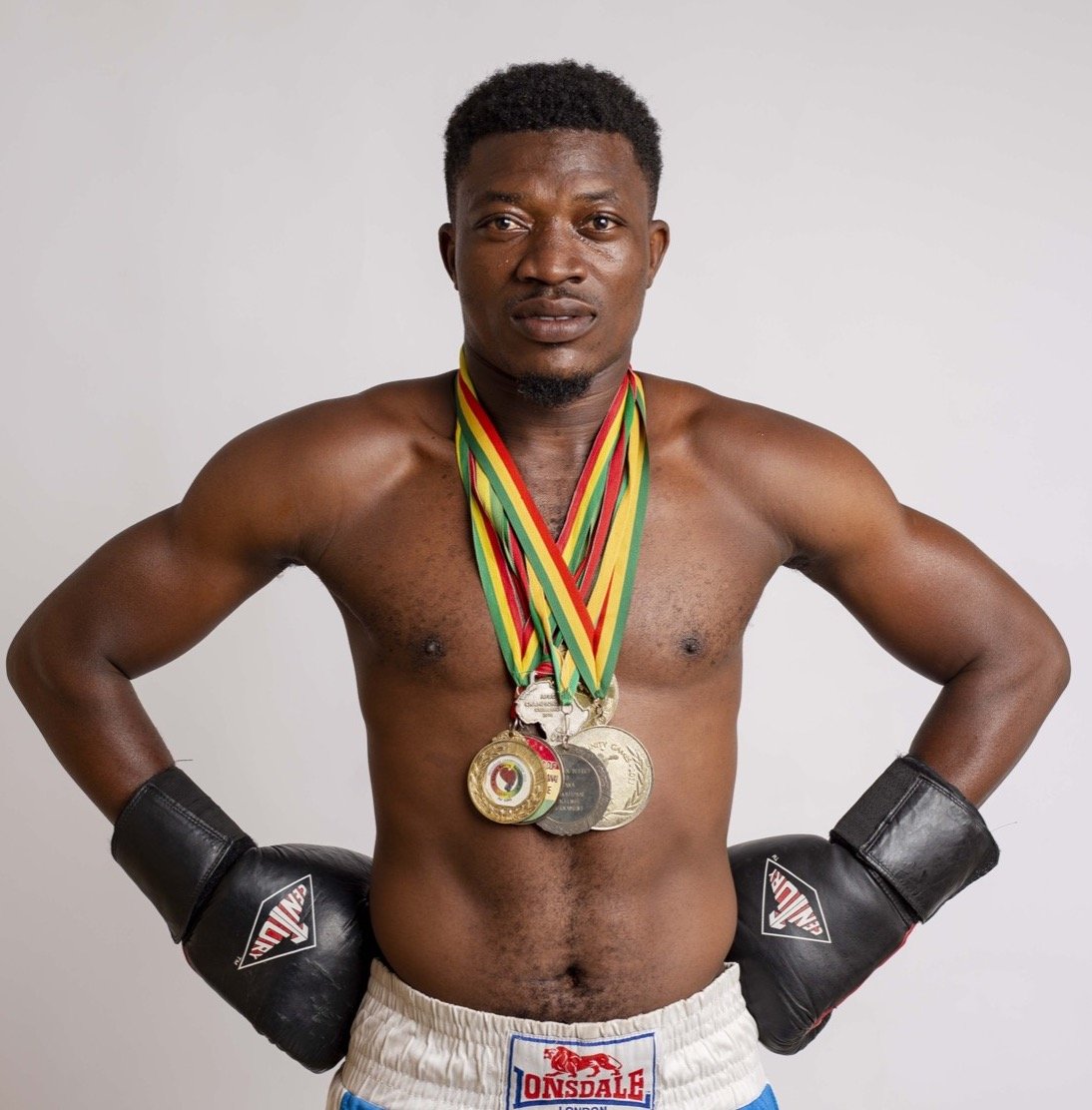 Photos: Team Quartey – You can add Joshua Quartey to the name of young fighters who have a famous and accomplished family member whose achievements they will try and live up to. 23-year-old Joshua Quartey, the nephew of Ike Quartey, has told Ringtv.com how he hopes to represent his country of Ghana at the 2021 Olympics in Tokyo, and then go on to rule the world at 147 pounds; the way “Bazooka” Quartey did back in the 1990s.

Quartey has signed a deal with Peter Khan and Fight Game Advisors and he says he is excited at the fact that his uncle will be assisting him in his training. Joshua has compiled an 89-5 amateur record whilst competing at 152 pounds. If Joshua has the fearsome jab his uncle used to such punishing effect, he will do very well.

“I’m very grateful for this opportunity,” Quartey told Ring. “It has been my dream to represent my country of Ghana in the Olympics. But this is just the beginning. With help from Peter and Uncle Ike, I will accomplish my dream of becoming a world champion.”

As per the Ring article, Ike Quartey was initially cool on the idea of working with his nephew, with the former champ who is now 50, telling his nephew he was “no longer interested in boxing.” But now, in seeing how promising Joshua really is, Ike is on board.

“The old Ike is back, bro. He was so happy, and now he’s in the process of switching his schedule around because he wants to help me train,” Joshua said. “I was blown away by his reaction. He didn’t realize how far ahead I actually was. He was amazed, and now to have him as part of my career, I can’t explain how much this means to me and my family. The Quartey family will soon reign over the boxing world again.”

Ike Quartey was a fearsome fighter, a warrior who was very strong physically, as well as a powerful puncher. Ike fought memorable battles with the likes of Oscar De La Hoya, Vince Phillips, Fernando Vargas, Vernon Forrest and Winky Wright. Ike was never stopped and if his nephew has been blessed with as good a chin, along with the other valuable assets Ike had at his disposal, Joshua will be equipped to make his own mark on the world scene.

Let’s see how Joshua gets on in Tokyo next year.