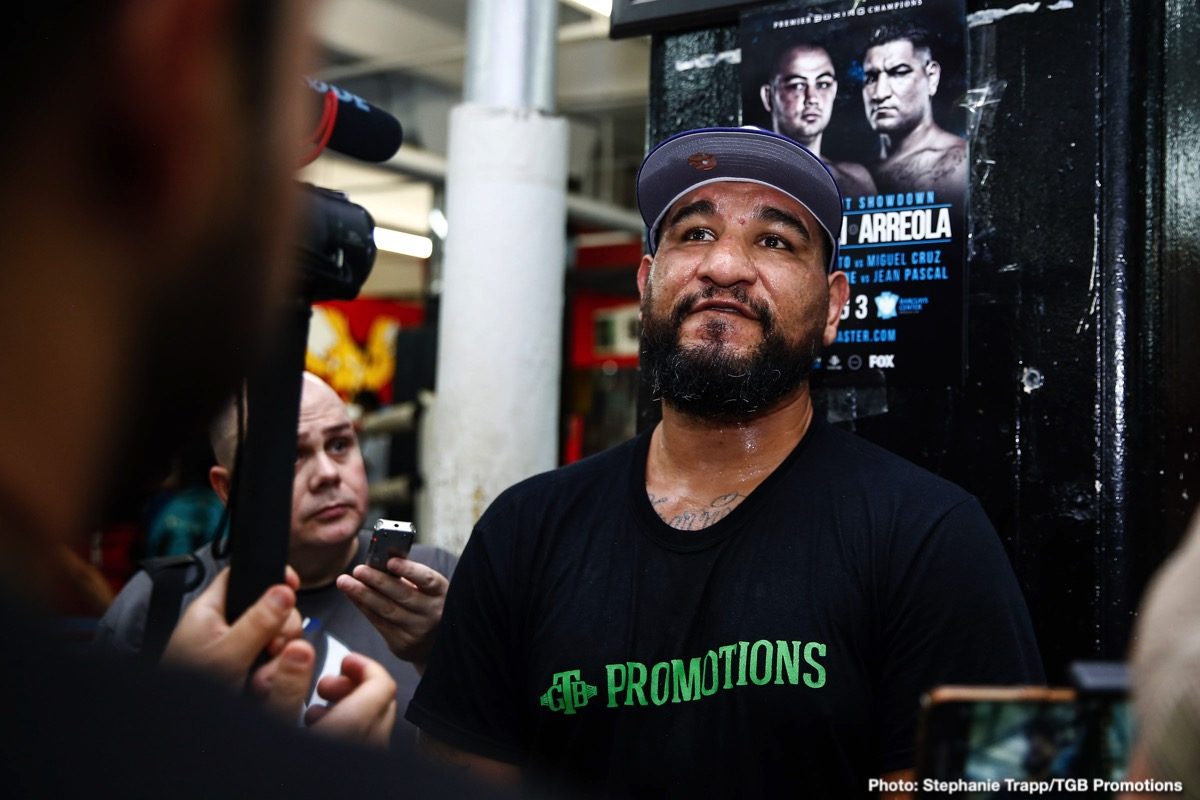 Can an ageing fighter who is closing in on the end of his career prosper under the guidance of a new trainer? Heavyweight warrior Chris Arreola is aiming to make it happen this Saturday night, and beyond, as he faces unbeaten Polish slugger/contender Adam Kownacki, 19-015) in a fight many fans are bracing themselves for.

It promises to be nothing but a slugfest on Saturday night, a heavyweight war. Now trained by Joe Goossen, 38 year old Arreola has informed Ringtv.com that should he lose, he will retire. This is it, Arreola declares, it’s win or walk away. And Goossen, who informed The Bible of Boxing how Arreola has been nothing but committed to training in working for the fight, says he sees both a 50/50 fight, and one that “could be fight of the year in terms of its brutalness.”

“Someone is going to get knocked out,” Goossen stated.

And practically everyone agrees with him. We could see both men hit the mat when the leather flies, but Goossen has been working on Arreola’s head movement. Too late to teach an old dog any new tricks? We’ll have to wait and see but it sure would be a surprise if we saw the Mexican/American stick to a hit-and-not-get-hit game-plan.

What seems far more likely is a battle of attrition, a shoot-out fought deep in the trenches. Which guy’s chin will hold up? Which brawler will tire first? Will we in fact see a FOTY candidate?

Who wins? It all depends on how Much Arreola, 38-5-1(33) 1 no-contest, has left; or more accurately, how much Goossen can prize out of Arreola’s big fighting heart. Who knows, this one just might surprise us all in another way, and actually go the distance. Both men do have a good chin, after all.

If it does prove to be the end for “The Nightmare,” a three-time world heavyweight title challenger who came up short on his biggest nights, we lovers of an all-action heavyweight (and who would object to being referred as such!) will miss him.

Kownacki is the pick to win, largely because he has youth on his side at age 30, but really, anything could happen in Brooklyn this Saturday night.