“Just as a great fighter. Everybody wants to be a great fighter, don’t they? And I never shied away from a fight, even when I got hurt, I always came back for more,” Joe Calzaghe speaking to Sky Sports on how he’d like to be remembered.

Former super-middleweight and light-heavyweight king Joe Calzaghe today celebrates his 50th birthday. Having retired in 2008, this after back-to-back wins in America, over legends Bernard Hopkins and Roy Jones Jr, Calzaghe sure has some great career to look back on. Joe basically did it all: he retired with an unbeaten record, he fought and beat every man he was supposed to fight and beat (with the possible exception of Carl Froch; these two would-be rivals reaching their peak and prime at different times), he unified the super-middleweight title, 168 being his ideal fighting weight, and Calzaghe always entertained. 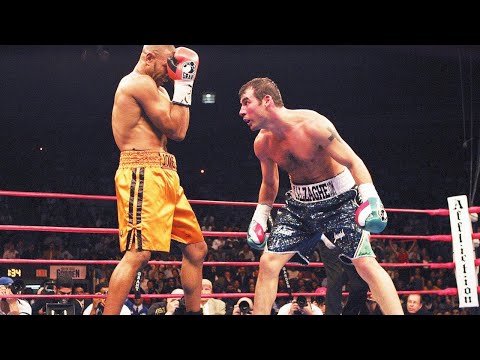 46-0, with the WBA/WBC, WBO and Ring Magazine titles held at 168, with The Ring belt also captured at 175 pounds, Calzaghe’s resume boasts wins over – (in order of wins being achieved) Chris Eubank, Robin Reid (in a perhaps surprisingly tough and close one), Charles Brewer, Byron Mitchell (an underrated, short and sweet slugfest), Jell Lacy, Sakio Bika, Mikkel Kessler, Hopkins and Jones.

And Calzaghe, who came up in a small, ramshackle gym his dad ran in Newbridge, Wales, achieved it all while serving the paying public with some awesome action fights. Possessing astonishing conditioning, fast hands, the ability to pump out 100 punches a round in some of his fights (see the masterclass win over Lacy and the unification win over Kessler), Joe also had a solid chin and, for when he was knocked down (as he was four times during his career, by Mitchell, by Kabary Salem, by Hopkins and by Jones) he had hugely impressive recuperative powers. 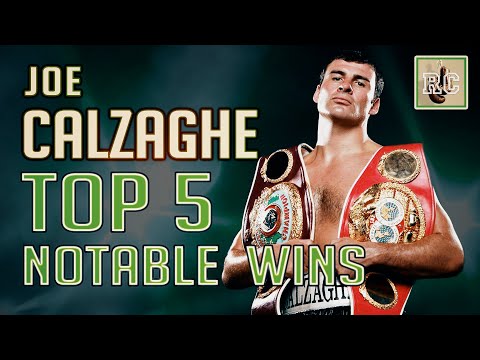 Calzaghe passed his first “gut-check” in the 1997 fight with Eubank. Taken, as he said himself, to “dark places,” Calzaghe proved during the course of those 12 hard, exhausting rounds, to himself most importantly, that he had what was needed to reach the top. Battles with hand trouble hindered Joe, even threatened to ruin his career at one point – Calzaghe, who had already been forced to postpone the Lacy fight due to a hand injury, wanted to pull out again before the March 2006 fight that turned him into a star – but Calzaghe’s career eventually bloomed in fine style.

Calzaghe did not become a star for some time, but the Lacy fight and his utter annihilation of the so-called next big thing did it. The excellent win over Kessler might have been Joe’s finest hour, while the wins over Hopkins and Jones Jr were the icing on the top of one honestly baked, naturally produced cake. Adding to Calzaghe’s legacy is the number of 168 world title retentions he made – 21 in all. Yes, some of Joe’s challengers were not elite material, yet staying on top for so long (a little over 10 long years as super-middleweight champion) takes some doing. 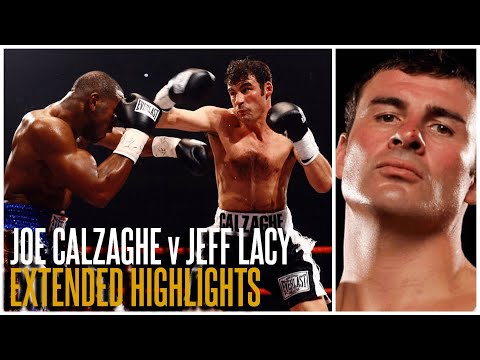 There was talk of Calzaghe sticking around and trying to break Rocky Marciano’s 49-0 record, yet Joe sensibly walked away on top, on his own terms. Today, Calzaghe is ranked by many as THE greatest super-middleweight in history, while he is ranked as one of the greatest British fighters of all-time; with some experts going as far as to say Joe deserves to be ranked as THE greatest British fighter ever.

Calzaghe was super-special. Of that there is zero doubt. As far as how he said he would like to be remembered, Calzaghe has got what he wanted.