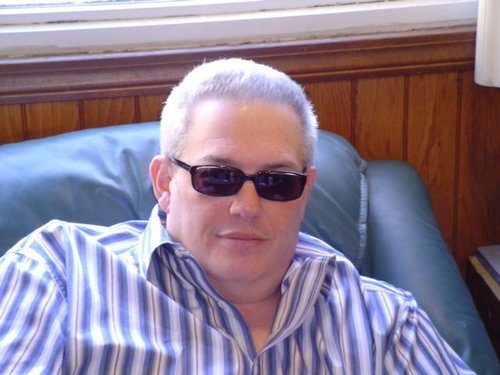 Joseph Gaxiola of Eastside Boxing recently caught up with longtime boxing professional businessman Rick “The Raccoon” Glaser. The Raccoon has worked with major players in the fight game throughout his illustrious career and took some time out of his hectic schedule to inform us about how he initially got into boxing, his present status in the game, and the overall state of the game.

ESB: Rick, thanks for taking time out of your day for a boxing chat buddy.

RG: Joe, thanks for having me, we’ve talked about doing this for awhile, but I think the timing now is great because there is a lot going on in boxing. Its easy to talk to you because you’re a smart guy as opposed to having to talk to a dumb one.

ESB: (Laughing) Coming from you Rick, it means a lot. For those unfamiliar with who Rick “The Raccoon” is, give us some info on how you got into the game.

RG: I started hanging out at a PAL Gym and one of the kids wanted to turn pro, his name was Brian Espada, that was in 1992. Basically speaking from that point on I have been in boxing, its now 23years and counting. I met a promoter from Pennsylvania over the phone by the name of Mike Acri and he took me under his wing and taught me the boxing business from the ground up. The second guy who taught me came in 1994 /1995 was Bruce Trampler of Top Rank, he took me under his wing and taught me. After that, I met Don Majeski, an international agent whose well-respected in boxing from New York City, in 1997. Then, I had the luxury of meeting Don King and did business with him in 2003, which then brings us to current day. Boxing has taught me a great deal of life lessons and I like to believe I’ve given a great deal to boxing.

ESB: When you say you’ve given a great deal to boxing, what do you mean?

RG: I am an elector at the International Boxing Hall of Fame who is not a journalist and so I am very proud of that because it is very rare. I was the first guy to send out invoices for his services in boxing. I’m the first guy who started charging for sparring, I actually receive a commission from the guy who asks me for sparring partners for their fighter(s), I do not charge the actual fighter. This past year in 2013, was a huge year for me because not only did I get married for the first time at the tender age of 55, but I was also the first agent/matchmaker to actually have his own website and that site is glaserboxing.com. Not only that but I also have my own email address with its own domain. Everyone has gmail, yahoo mail, yada yada yada, but the Raccoon’s is Rick@GlaserBoxing.com. The Raccoon delivers a product everyday, I’m 24/7 in boxing, 365 days a year. Everyone thinks boxing is easy to work in but if that were true, they wouldn’t call the Raccoon. If you need sparring, if you have a problem, if your fighter is demanding more money for their offered fight, the Raccoon can help out.

ESB: You’ve worked with some prominent figures in boxing, what fighters have you guided?

former world champions, or #1 contenders. Right now, I’m working with Shannon Briggs and it looks like he might face Klitschko if Wladimir gets past Pulev, whose no joke mind you.

ESB: Your moniker “The Raccoon” runs deep in boxing. Why don’t you let the fans know where that name is derived from?

RG: Well, raccoons only come out at night and I work primarily throughout the night. The second reason is because I’m legally blind and my arch-enemy Lou Dibella, who at the time was a friend and took advantage of my good nature, was with me in New York City when I was coming around the corner late at night and I hit some garbage cans, he says “Your like a raccoon.” So, it caught on after that and it has ever since. Don King calls me “slick Rick” but the raccoon moniker has stuck with me.

ESB: There seems to be some animosity between you and Dibella. What can you share about the lingering “beef” between you two?

RG: Here’s the beef: we were close, personal friends, he told everyone that I was the cause of his divorce because I used to call him in the middle of the night which is a lie because he used to call me in the middle of the night, I was merely returning his calls. He calls me one night around 12:30am and tells me he needs an opponent for Celestino Caballero on HBO. I tell him not to worry because by the time he wakes up, he likes to sleep-in late, I’d have a guy ready. He tells me the weight can be 127/128lbs. I call Lou in the am and tell him I have a guy Jason Litzau but he can’t weight less than 130lbs, he says no problem. I tell Lou that Jason is with John Wirth, he tells me “your in Raccoon.” Lou gives the guy $75k, I’m supposed to get 10% from Dibella on that and he ended up cutting me out. I did all the legwork, I made the match, made all the calls, and in the meantime he was telling people I had nothing to do with the deal. Dibella is not a nice guy, he’s similar to Schaefer, he’s a con, he’s a scum sucking pig.

8ESB: Are you two pals now?

RG: Absolutely not and others in the industry have caught on to him. In 2010, people were doubting what I was saying about Dibella but when they looked into their own deals with Dibella, they started finding out irregularities, scams, and shams, and all of a sudden, they made the Raccoon look like a genius. It feels good to know people are listening to the Raccoon.

ESB: Moving on from your old pal Dibella, you’re a rather animated person in the social media world and many fans believe you have a personal vendetta against Al Haymon and Stephen Espinoza of Showtime Sports. Care to elaborate?

RG: I’ve never met Espinoza, never had a conversation with him, I barely know what he looks like, I have absolutely no vendetta against haymon or Showtime overall. I do have a great distaste to their business practices. I don’t like Espinoza putting out fake ppv numbers for Floyd’s fights because its very misleading and the effort he makes to insult me on twitter by telling people I don’t know pay-per-view. Let me tell you, I know boxing, I’m a boxing guy. He consistently puts out false buys for Floyd’s fights until I stepped in. When I put out the Mayweather/Maidana buys at 854k, he attempted to discredit my figure yet he never put what the actual number was. I’m not bragging about this, I’m complaining. Floyd’s doing low numbers because HBO knows how to do ppv not Espinoza. Then, the undercard fights have no business being on there, they need to put Mexican/Puerto Rican fighters in order to sell, their whole plan is atrocious. Floyd is not failing Showtime, Showtime is failing Floyd. Haymon’s guys fighting bums, Haymon’s guys fighting Floyd’s guys, they have no product that sells.

ESB: Floyd fights Maidana again a few days. Do you believe the rematch will outsell their first encounter?

RG: The rematch will sell less because we’ve already seen that act and no one thought Maidana won, there was no controversy, no knockdown, it was 117-111. Plus, there will be major, major college football games people can watch for free, and not to mention the undercard is hopeless.

ESB: What are your thoughts on the caliber of fights recently put out by major networks?

RG: Both major networks, HBo and Showtime, have put on low quality fights because of the division between Top Rank, Golden Boy, and Haymon but the fight between Garcia/Salka takes the cake, that was plainly inexcusable. Espinoza should have had enough brains to 86 that fight and put on a decent championship fight instead of throwing a stiff in there from Pittsburgh. This is all part of the trickle down effect from Haymon on what he’s doing to boxing. It won’t be Arum, Oscar, its Haymon who is blocking fights.

ESB: What are your thought on the Haymon/Quillin purse bid debacle?

RG: It’s a complete joke. Quillin is getting a career-high payday of 1.4 million and left it on the table to make peanuts against Jacobs for interim title. Haymon’s telling Quillin that Jacobs is an easy fight, then he’s telling Jacobs that Quillin is an easy win, but in reality, the only one who wins is Haymon, its outrageous. I don’t like Haymon or Espinoza business practices, I don’t like how Espinoza has aligned himself strictly to airing Haymon fights.

ESB: Raccoon, I want to thank you for your time as we really do appreciate it. Any last words?

RG: Anytime Joe, thank you for having me. People can follow me on twitter @RickGlaser1 and on facebook: Rick Glaser. If anyone has a boxing business situation they would like to discuss, I can be reached at 716-907-7400. The Raccoon is here for Eastside Boxing anytime you want.