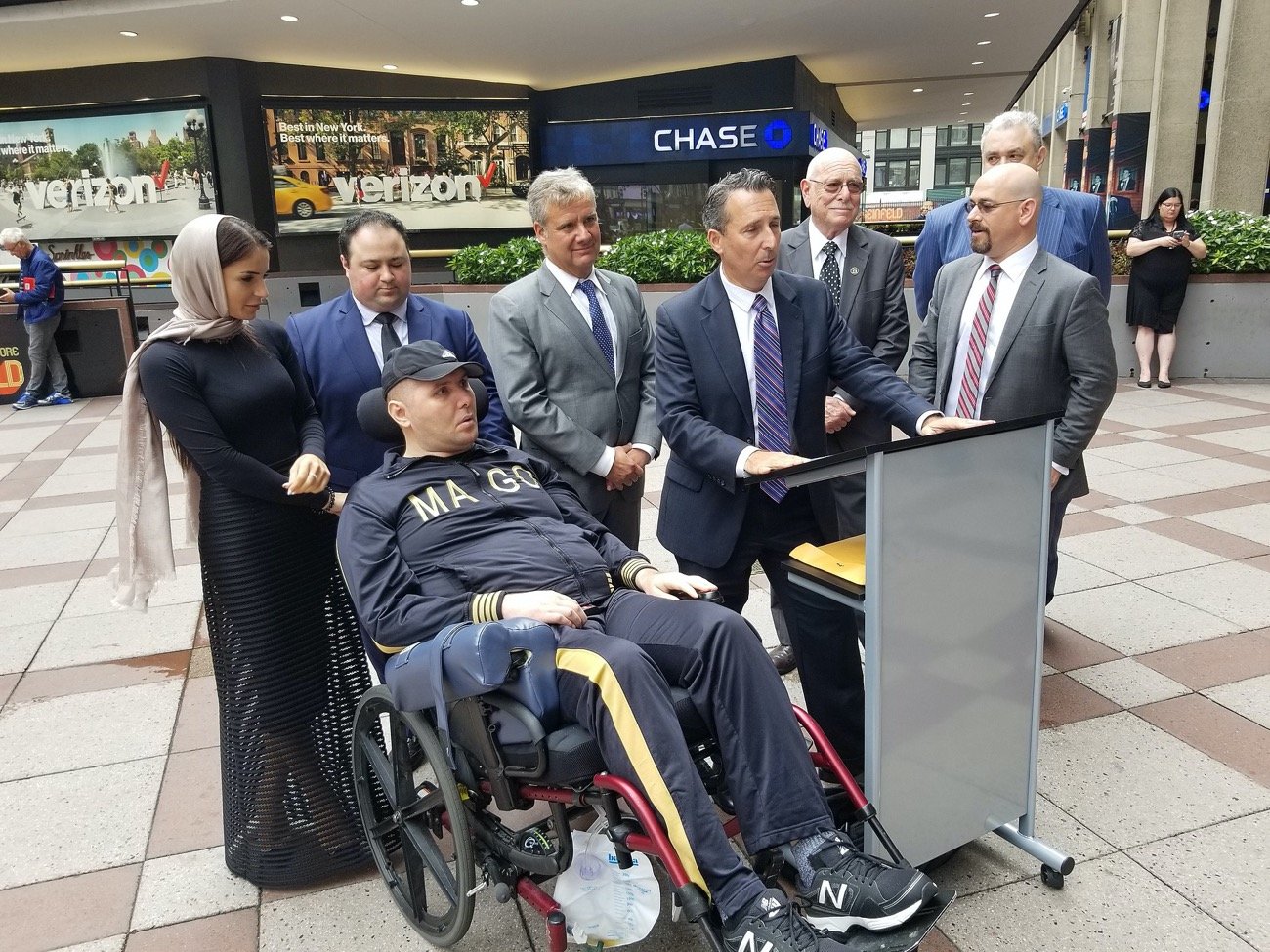 As boxing fans know only too well, the sport has had some rough spells over the past few months, with a number of fighters, brave souls every single one, falling to tragedy. Calls for improved safety measures abound, yet only so much can be done. It’s a dangerous sport, as each and every fighter who is brave enough to step between the ropes knows.

Coming as a form of uplifting, inspirational good news during this time – when we have lost men like Patrick Day, Maxim Dadashev and Hugo Santillan – is the quite astonishing improvement badly injured heavyweight warrior Magomed Abdusalamov has made. As fans may recall, Abdusalamov of Russia suffered brain injury in his losing fight with Mike Perez back in November of 2013, the fight, a decision loss for the then unbeaten 32 year old, taking place at Madison Square Garden in New York.

It has been a long, hard road of recovery for Magomed ever since; a recovery the doctors did not at one point feel was possible. But, as per a feature from ESPN, on the ‘Outside the Lines’ program, 38 year old Magomed has been able to talk, to show emotion and he has spoken of his determination to improve even further. Living in Connecticut with his wife, Bakanay and their three children, “Mago” has astounded his doctors.

“I feel better,” Abdusalamov, who can speak both Russian and English, said. “I think six months from now I’ll be even better. My wife makes me very happy. I love Baka. She gives me life.”

Mago’s beloved wife spoke of how the doctors initially felt there was next to no hope for her husband, and of how he has shocked them with his partial recovery:

The severe brain trauma Magomed suffered in the Perez bout left him paralyzed down his right side and he remains wheelchair-bound today. But little by little, inch by inch, this amazing fighter – in far more ways than one – has reclaimed pieces of his life.

“They were shocked, Bakanay said of the doctors. “Like a miracle. They thought he’d always be in bed. Maybe not even live three years.”

The scenes after the Perez fight were shocking, but in a bad way. Magomed (who has watched the fight a number of times since: “I was a very good puncher, but my technique wasn’t great”) was cleared by the doctors to leave the arena on his own and go home. It was only after blood was detected in the badly beaten fighter’s urine sample that he was taken to an emergency room. But by now, the doctors had all departed the scene. Having to take a taxi to the hospital, Magomed passed out upon arrival. In 2017, Abdusalamov was awarded $22 million from the State of New York, while an undisclosed sum was also awarded to Abdusalamov in a lawsuit against the three doctors who worked the Perez fight.

It is the physical and mental victories he has had that have brought real happiness, and further hope, to the Abdusalamov family, though.