WBC cruiserweight champion Ilunga Junior Makabu must get off to a fast start against Canelo Alvarez if he’s to have any chance of beating him, says Tony Bellew.

The superstar Canelo (57-1-2, 39 KOs) will be moving up from super middleweight to cruiserweight next May in hopes of winning his fifth division world title.

He and his trainer Eddy Reynoso picked Makabu out of the five champions at cruiserweight, perhaps because he’s the smallest and arguably most vulnerable.

Canelo would likely be outsized and overmatched if he took on one of the bigger and more talented cruiserweight champions like Mairis Briedis, Lawrence Okolie, or Arsen Goulamirian. Makabu is the ideal fighter for Canelo to pick off to take his WBC title from him next May.

The 34-year-old Makabu (28-2, 25 KOs) has a nasty tendency to start slowly, and that’s something that Bellew took advantage of in their fight in 2016.

Despite being overmatched in the power department, Bellew jumped on Makabu from the start and overwhelmed him with a flurry of shots to score a third-round knockout at Goodison Park Stadium in Liverpool, England.

Makabu made a tactical mistake by backing up against the ropes and letting Bellew unload on him with a barrage of punches to score a stoppage.

Since that loss, Makabu has won his last nine fights, albeit against lesser opposition for the most part.

“Makabu likes to have a look, and that’s why tried to jump on him in our fight,” said Bellew DAZN on Canelo’s likely next opponent in May 2022.

“He’s [Makabu] very relaxed in the early rounds because he wants to have a proper look at what’s in front of him then go to work in the later rounds.

“Makabu has a dangerous left hand, and he has to get that into play from the first bell.

“His size can be a big asset, but he has to use it from the moment the fight starts; otherwise, he’ll be playing catch up against the best fighter in the sport,” said Bellew of the 34-year-old Makabu.

Ilunga has power, but he’s constrained in terms of boxing skills, and he’s going to have an impossible time trying to beat Canelo.

The difference in skills between Canelo and Makabu is tremendous, which is likely why is he’s been picked out by the Mexican star.

Canelo sees the vulnerability in Makabu, so he will take advantage of that to try and win a fifth division strap.

Unlike the super middleweight class, the cruiserweight division has talented fighters like Briedis and Okolie. Still, Canelo has wisely chosen not to target either of those champions for their titles.

Like what Canelo did at super middleweight in winning world titles, he’s being an opportunist by facing Makabu instead of the lions at cruiserweight. 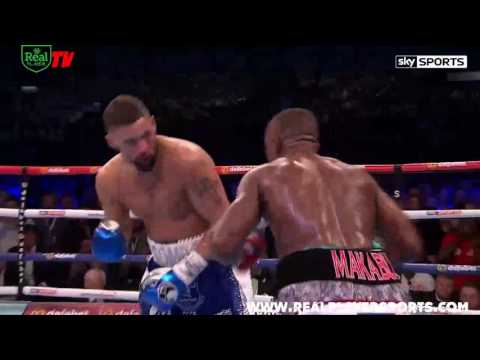