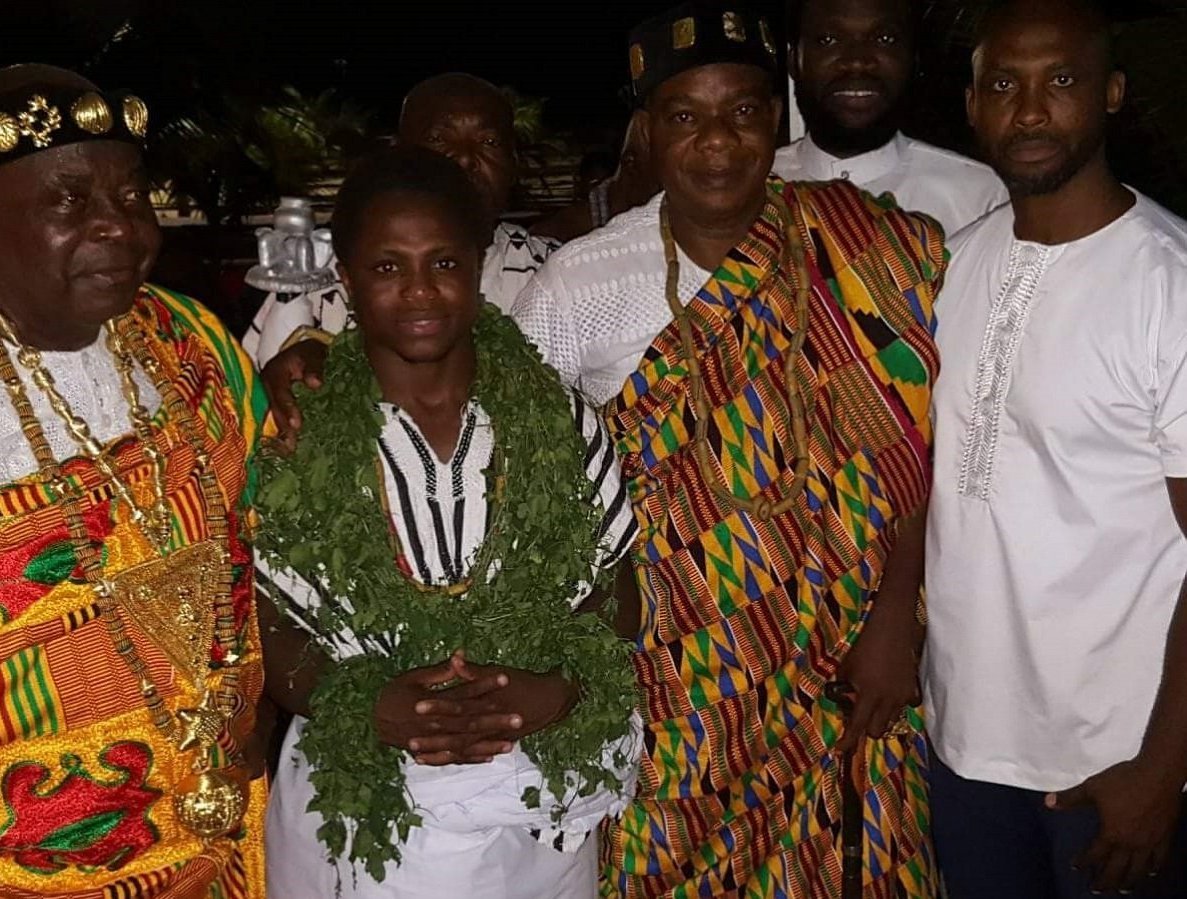 Ghana’s Isaac ‘Royal Storm’ Dogboe has sent a strong warning to reigning WBO super featherweight champion, Jessie Magdaleno, vowing to make the undefeated Mexican-American slugger run from the ring like a crazy chicken when the former sparring mates clash for the world title in Las Vegas on April 14.

Dogboe (18-0, 12 KOs) who has just returned to Ghana from the UK for the final phase of his training camp and seek the blessings of his people, insists he will punish Magdaleno (25-0, 18 KOs) so much the southpaw will run for his life.

“We hope Magdaleno will not run like a chicken, we hope he makes the weight and come in with no excuses because we are ready for him. We are ready to eat him like a chicken, make him run like a poyoloco,” said Paul Dogboe, father and trainer of the 23 year old Ghanaian, holder of the WBO interim world title in the same division.

“We are focused and our only mission is to devour him, eat the crazy chicken, throw him over the wall of Mexico and present the title to (US President) Donald Trump. Magdaleno will run when he sees Isaac,” Coach Dogboe added amid a dose of confidence.

A boxer who first announced himself by competing for Ghana at the 2012 Olympic Games in London at the tender age of 17, made his professional debut in Switzerland in 2013, fought next in Northern Ireland, went to California for four of his next career fights before returning back to Ghana in late 2015 at 6-0, 3 KOs to introduce himself to his people and win their support, is back home again to round up his preparations for the biggest fight of his career.

“We love Ghana and Ghanaians, we are so grateful for the endless love and support we have received from everyone since day one and we are always happy to return home. We’ve come to meet our king, Togbe Sri III, the Awomefia of Anlo State, Volta Region and ask for his blessings,” Paul Dogboe stated.

“We will meet the Asantehene too and ask for his blessings as well. Last but not the least, we will seek God almighty’s intervention in the fight through Prophet Wogbleho of the ARS Church, Anyako, Volta Region,” Dogboe Snr revealed.

“But most importantly, we are also seeking the blessings of the entire nation, we want the prayers of the whole of Ghana to intercede for us to win this title for us all, the country needs a world champion and we are ready to deliver it. All we need are your prayers,” he added.