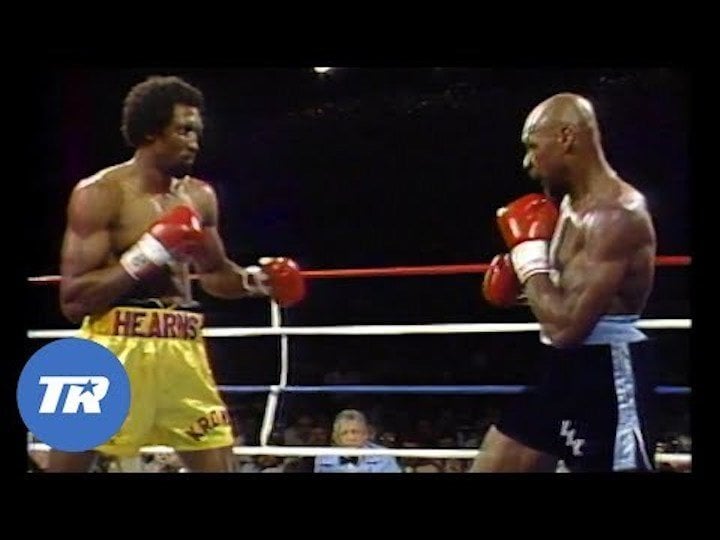 The legendary “Hitman,” Thomas Hearns today celebrates his 62nd birthday. One of the finest welterweights, light-middleweights, super-middleweights, and light-heavyweights in boxing history, the feared and famed Detroit superstar enjoyed a storied career.

The first man in history to win word titles in four different weight divisions, Hearns has a special place in the hearts of fight fans, one that very few fighters can come close to having.

Why do we all love, respect, and celebrate Hearns so much? Simple: Hearns was a fearless warrior who was always willing to fight the best of the best, and on top of that, with Hearns boasting beautiful boxing skills, withering power, and a thoroughly exciting style, “The Motor City Cobra” was a fighter whose main priority aside from winning was sending the fans home happy.

The late, great Emanuel Steward once revealed how Hearns, after losing the three greatest rounds in boxing history against Marvelous Marvin Hagler, asked him ahead of anything else, ‘Did the fans had enjoy the fight?’

Hearns was very special, indeed. As a welterweight, he destroyed the great Pipino Cuevas and then played his part in making his unification showdown with Sugar Ray Leonard a fight so excellent many people regard the 1981 battle as the greatest welterweight title fight in history.

As a 154 pounder, Tommy never lost – Hearns outboxing the masterful Wilfredo Benitez at this weight, as well as icing the one and only Roberto Duran inside just two sizzling rounds.

At 160 pounds, Hearns went to savage war with Hagler, and then, a couple of years later, he won the WBC middleweight crown with a thrilling stoppage win over the tough Juan Domingo Roldan.

At 168 pounds, Hearns bagged the WBO belt, but more importantly, he got “revenge” over Leonard in a rematch that was eight years in the making.

Why the quotation marks? Because, as every Hearns fan knows, the 1989 classic was scored a draw, this even though Hearns scored two knockdowns and appeared to dominate more rounds than Leonard.

Hearns had one more great performance in him, this his 1991 win over an unbeaten Virgil Hill, a points win that saw him become a two-time light-heavyweight champ (Hearns having beaten a raw Dennis Andries to take a version of the 175-pound championship back in 1987).

This would have been a perfect time and place for Hearns, then age 32, to call it a Hall of Fame career and retire. But Hearns simply loved to fight and this, coupled with the fact that Tommy, like so many other greats, could not bring himself to hang ’em up, saw to it that he fought on for too many years – only retiring in 2000, this after an ankle injury saw him get stopped by Uriah Grant at cruiserweight.

Of these five losses, two of them came at a time when he was fighting Father Time along with his ring foe. 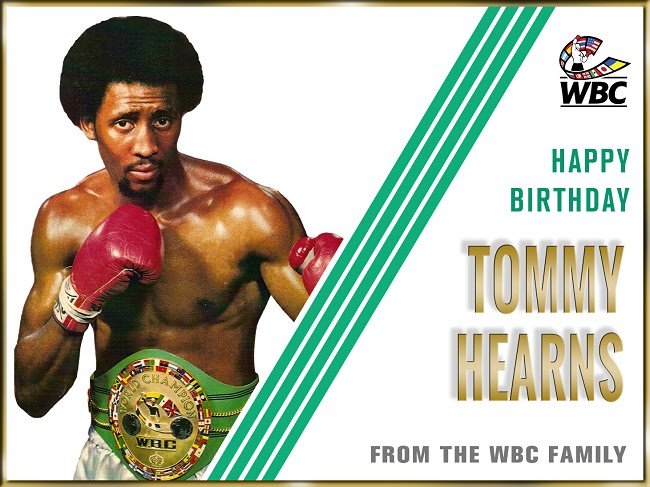 As with all the greats from yesteryear, it’s so tempting to suggest Hearns, had he been fighting today, would have destroyed all in his path. In all honesty, it is tough to imagine any of today’s welterweights beating him, although the likes of Terence Crawford and Errol Spence would have given Hearns interesting fights.

Hearns stands alone, though, in terms of sheer popularity. Hearns gave it his all for the fans, and the fans loved him for it. We still do.