75 years ago today, in Mexico City, Mexico, the great Ruben Olivares was born. Before Julio Cesar Chavez came along, the passionate Mexican fans bestowed on “Rockabye Ruben” the highest honour – that of being the greatest fighting man their country had ever produced. To this day, plenty of boxing historians rate Olivares – who ruled the world at bantamweight and featherweight – as the finest bantamweight of all-time.

Going pro at the young age of 17, Olivares scored a first-round KO in April of 1965. Olivares would soon romp to 22 straight knockout wins. During this time, only German Bastidas managed to put any sort of blemish on Olivares’ record, holding him to a draw in 1967. It was two years later when Olivares, sporting an incredible 52-0-1 record, became world bantamweight king. Knocking out the great Lionel Rose in the fifth round in Inglewood, California, 22 year old Olivares was a star. 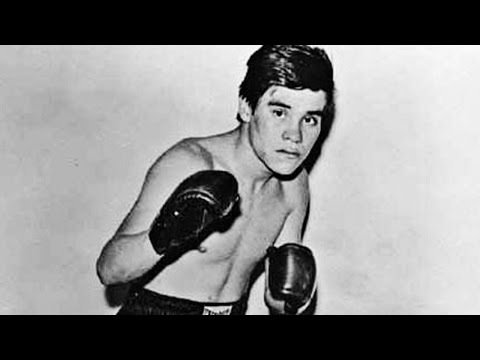 An intense rivalry with countryman Chucho Castillo soon followed. The first battle came in April of 1970, also at The Forum in Inglewood (the scene of all three fights), and Olivares suffered a knockdown but won a 15 round decision. In the return, that October, Castillo became the first man to beat Olivares, scoring a 14th round TKO. The rubber-match came in April of 1971 and Olivares won the fight and the rivalry via a 15 round UD.

Olivares then ran into a countryman of his he could not beat, in Rafael Herrera, who stopped him in the eighth round in March of 1972, Herrera taking the bantamweight crown. The two met again, in a non-title affair, and Herrera won a majority decision. Olivares made the move up to featherweight, where he stopped Bobby Chacon after nine rounds (this yet another rivalry, the two fighting three times, Chacon winning just the final bout). Then, in July of 1974, Olivares stopped Zensuke Utagawa to win the vacant WBA title at 126 pounds.

In November of that year, two legends collided as Olivares met Alexis Arguello. Olivares was winning the fight until the supremely conditioned Arguello overwhelmed him late on, getting the 13th round TKO win. Then came the return fight with Chacon, with Olivares scoring a surprise 2nd round KO win to take the WBC featherweight title. Olivares, now aged 28 and holding a 80-5-1 record, was champion for a fourth time.

Olivares was still a great fighter but he was not quite the same force he had been, and he lost the WBC title in his first defence, to David Kotey (SD15), and he was then stopped in seven by Danny “Little Red” Lopez. Some fine wins followed, over Fernando Cabanela and, in 1978, Jose Luis Ramirez, but Olivares also suffered stoppage losses to Jose Cervantes and to Chacon. Then, in July of 1979, Olivares had his final world title fight, where he was stopped in 12 by Eusebio Pedroza in a WBA featherweight title challenge. Finally, in March of 1988, having made a comeback in 1986, Olivares walked away. He was 41 years of age and his final record read an amazing 89-13-3(79).

Olivares is without doubt one of the greatest fighters who ever lived. In 1999, Olivares was voted by the Associated Press as the greatest bantamweight ever.