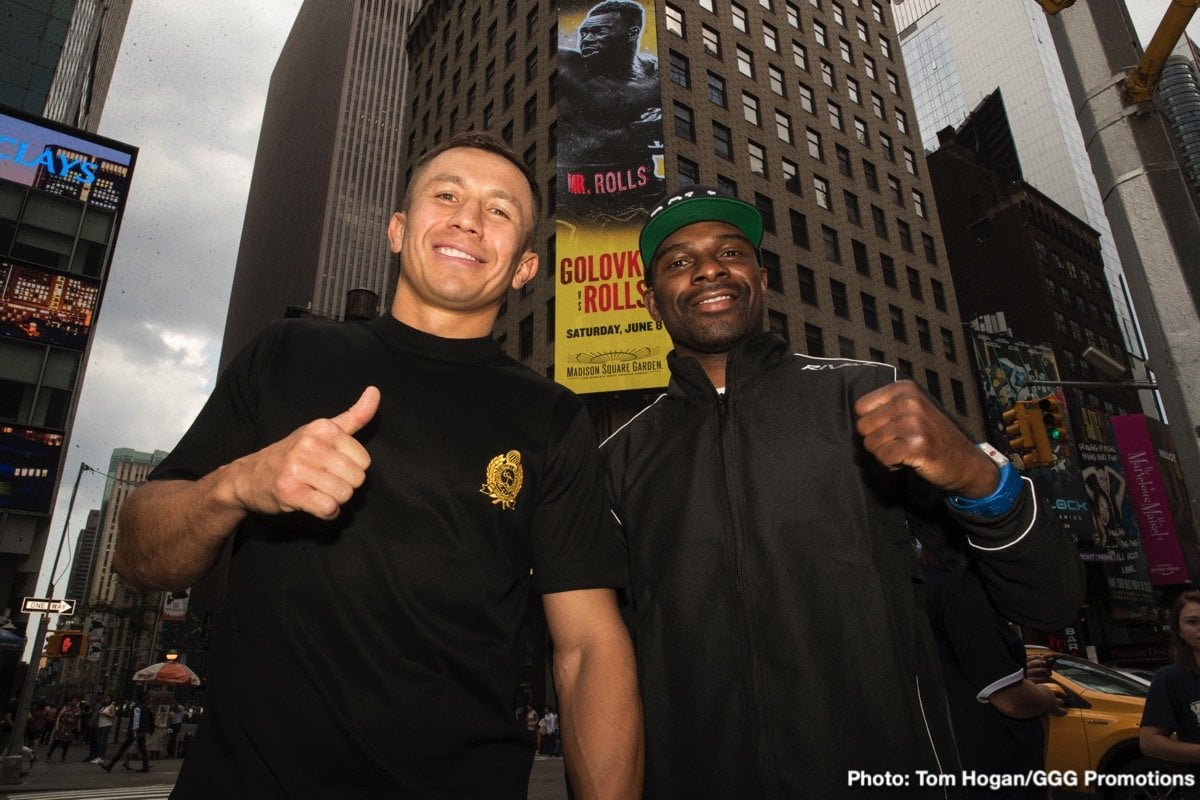 After a tremendous weekend of boxing that saw a major disturbance at heavyweight, Gennadiy Golovkin makes his return to the very same venue in MSG and on same DAZN network as last Saturday. The man who will be sharing the ring with GGG is unbeaten prospect Steve Rolls. Not many boxing folks really know much about Rolls, nor give him an actual shot to win. On social media and in the boxing forums some speculate that we should give Rolls a fair shake, especially considering 3 out of the last 4 weekend’s underdogs managed to beat the odds.

Along with Andy Ruiz over Anthony Joshua, Julian Williams and Jamel Herring made fools of most predictions. With that said there is a difference in both Golovkin as the favorite and Rolls as the wide underdog as it relates to the other 3 matchups. Golovkin’s amateur and professional pedigree has rarely been matched, whereas Jarrett Hurd, Anthony Joshua, and Masayuki Ito fall short of GGG in the experience category.

On the flip side as David (Rolls) running up on Goliath, Ruiz, Herring, and Williams all had been tested at a higher level regardless the outcomes. So does that mean Steve will roll right over like a good boy for Golovkin? Not necessarily, Rolls does have a few positive things going for him. Steve had a successful amateur career holding a respectable record of 83-14 representing Canada on the national team.

Along with a 100 bouts in the non-paid ranks, Rolls has long arms enough to give him a two inch reach advantage on Golovkin. If Rolls has any chance of pulling off the unthinkable he will have to make good use of his jab as a range finder, using it to faint, and landing it with authority. Which is not as easy as it sounds because he’ll be facing one of the best if not the best jabs in all of boxing. Meaning Rolls doesn’t want to overuse it relying on a points win in enemy territory. If he pushes it and fails to bring his hand back to position quick enough it will be a long night, or should I say short one.

Along with a jab Rolls is a pretty good combination puncher and if he can add movement to this equation, he could make it harder for Golovkin to tee-off on him. Rolls defense and chin will be tested like never before. The negatives for Rolls, is lack of top level opposition at the pro ranks. Adding to the inexperience Rolls is 35 years old which doesn’t bode well for a positive result. In Rolls last 4 fights the only last names that are recognizable are KeAndre Leatherwood and Demond Nicholson, both on the fringes of being a contender at the best. If the Canelo fight taught Rolls anything versus Golovkin it will be to attack the body and pump a sturdy jab.

Gennadiy took a well deserved break from the boxing world and in the process made a few changes, rebranding for a last push to his career. Long time trainer Abel Sanchez was replaced with Jonathan Banks, as was Gennadiy’s management representatives whom he recently sued. And lastly but certainly not least, GGG signed a mega contract worth over 100 million dollars over 6 fights with DAZN.

We could see some rust from the Kazakhstan native for a round or two having not fought in around 8 months since suffering a career first loss to Canelo Alvarez. His timing could need a few minutes of ring time to kick in but once he’s feeling good about himself look for a similar Golovkin. Meaning an abundance of jabs and attacks to the body before he drops bombs to the head.

Although it wouldn’t be all that surprising to see Golovkin start fast looking to end Rolls ASAP, this podcaster sees GGG taking a round or two to figure out what’s what before cranking up the heat offensively. There is an outside chance Golovkin and his new trainer may want to work on a couple of items in preparation for a trilogy with Canelo hopefully this September during Mexican Independence weekend. A mild start from both rapidly turns into an entertaining brand of boxing that features two-way action for the opening frames. The skill and power GGG brings to the table will devour Rolls eventually.

My Official Prediction Is Gennadiy Golovkin by mid-rounds knockout.