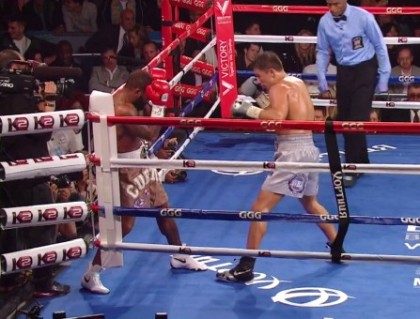 This fight took place in an almost sold out Madison Square Garden Theater in New York City, New York and was televised on HBO Boxing After Dark.

Golovkin controlled the action in this competitive bout but one that he outworked and out landed Stevens and demonstrated that he was the vastly superior boxer. He pressed the action throughout the fight and cut off the ring really well as he had Stevens on the ropes on several occasions where he landed a great deal of punishing shots. Golovkin displayed a great jab and worked the body extremely well which wore Stevens down as the bout progressed. He also showed that he has a good chin as he took several powerful punches from Stevens, yet he didn`t appear to be bothered.

He threw 794 punches, landed 293 for 37 percent while Stevens threw 303 punches, landed 97 for 32 percent. Triple G landed the majority of the power shots, 185 to 74, as he battered Stevens` face, causing his left eye to be badly swollen. He also recorded a knockout with 25 seconds left in the second round from consecutive left hooks. Stevens was really hurt and slow to get up, but beat the count.

Triple G improved to 28-0, 25KOs with the victory and recorded his 15th consecutive knockout. His 89 percent knockout ratio is the highest among active world champions. The 31 year old orthodox pugilist from Kazakhstan, is a potential fighter of the year contender as he recorded his fourth win of 2013, his other victims being Matthew Macklin and Nobuhiro Ishida who he recorded spectacular third round knockouts and Gabriel Rosado. 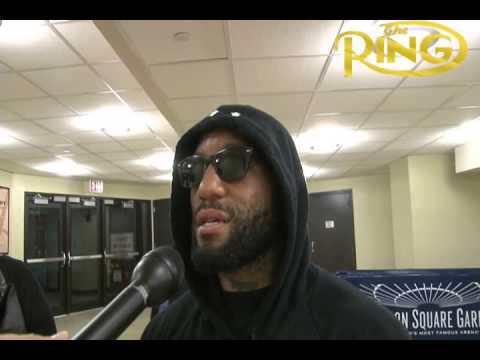 Stevens in defeat, fell to 25-4, 18KOs, ending his steak of four consecutive victories, three of which were in the first round. Stevens fought hard and never gave up; however, he was simply over matched by Golovkin and was not able to land enough powerful punches or display an effective offense output to turn this fight around. The hard hitting orthodox boxer from Brooklyn, New York, shouldn`t be ashamed of his performance as he fought one of the better fighters in the sport and his powerful punches would have hurt other good fighters. He`s only 28 years old, has a lot of heart as demonstrated by his performance tonight and is an extremely hard puncher that can give anyone in the middleweight division trouble.

Golovkin, the 2004 Silver Medalist Olympian and one of boxing emerging superstars is reportedly going to be back in the ring on February 1, 2014 in Monte Carlo against an opponent to be named later. His challenger might be Martin Murray who`s 25-1, 11KOs and is the number one WBA challenger.

There are several great bouts out there for Golovkin including fighting any of the other belt holders in the middleweight division which he stated after the bout that he would fight them or anyone else. Sergio Martinez, one of the best pound for pound fighters in the world, powerful puncher, Peter Quillin or recently crowned titlist, Darren Barker would be great fights for boxing fans to see him in. He also said he`s willing to move up in weight and take on Andre Ward at 168 pounds, another world class fighter or move down in weight to 154 and match up with Saul Alvarez, one of boxing brightest stars, which would be amazing fights. Whoever he fights, it will be entertaining and probably involve knockout(s). 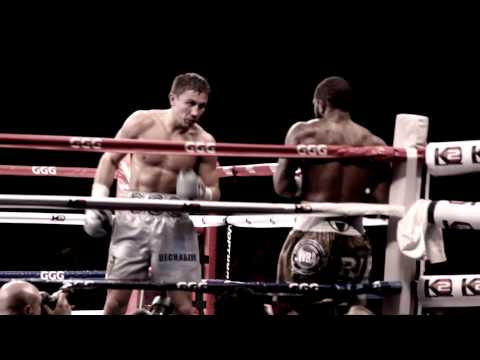