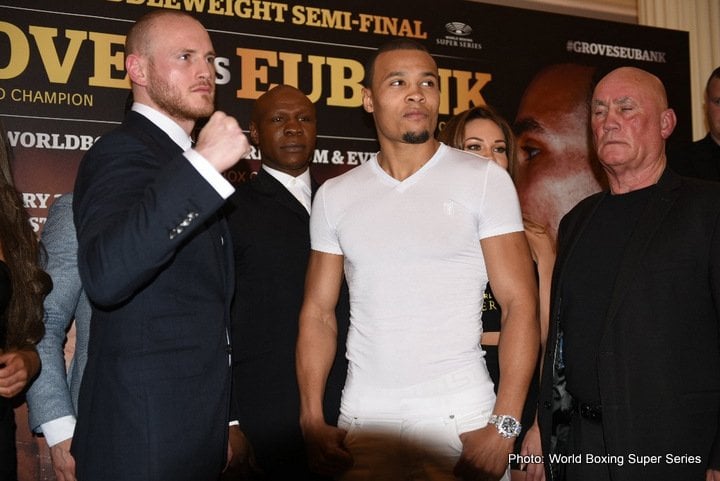 In truth, the upcoming February battle between seemingly bitter British rivals George Groves and Chris Eubank Jr. doesn’t mean all that much to US fans. No, this fight is a far, far bigger deal in Europe, the UK in particular. And with good reason. It was back in the glorious 1990s when Nigel Benn, Chris Eubank Snr and Michael Watson, household names all, fought one another in a fantastic series of fights – each of them on terrestrial, or, if you like, “free” TV.

Back before the arrival of the current pay-per-view days that regularly scorch fight fans’ pockets, British boxing could (with the exception of James Toney, Roy Jones and Michael Nunn) boast the best, most intensely rivalled 168 pound fighters out there. The Benn-Eubank wars are legendary, as is the Watson-Benn classic; while the two Eubank-Watson encounters chill the bone of every British fight fan old enough to remember watching them – either at home or in the local pub.

Now, with just under three months to go, an announced fight has got UK boxing fans both looking ahead and looking back. The George Groves-Chris Eubank Jr. fight (semi-final in the fantastic WBSS tournament) promises to rekindle the savage memories of those glorious fights from the ’90s. These two men apparently do not like one another (the same as Benn-Eubank Snr) and, with their clash of styles and personalities, both men are about to put it all on the line.

We British fans will likely have to part with a substantial amount of hard-earned cash to watch the February showdown, but with the hope, even the promise, of a battle to rival the epics Eubank Snr, Benn and Watson gave us, chances are high it will be worth it.

Let’s just hope the animosity, the level of contempt, does not see to it that these two current 168 pound champions end up giving way too much in the ring the way Watson did that fateful day in 1991. Let both Groves, 27-3(20) and Eubank Jr, 26-1(20) come out safe on February 17, no matter who wins.