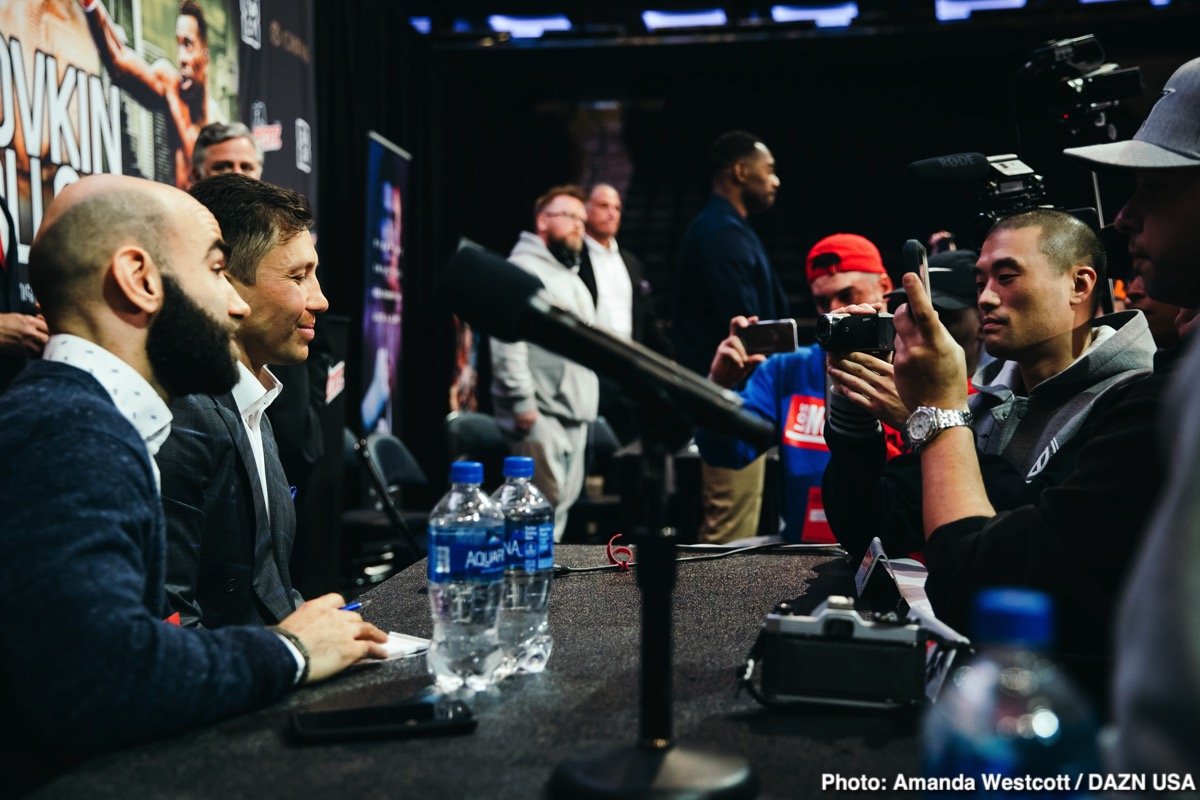 Gennady Golovkin feels, along with plenty of fight fans, as though he won both fights with Canelo Alvarez. Canelo says he believes he won both fights himself, yet unlike GGG, Canelo isn’t overly concerned with a third battle. In fact, the Mexican star has laid down terms: stating how GGG only gets a third fight with him this year if he can win a world title. If not, Canelo said, he will look at other big fights; possibly a move up to light-heavyweight.

But Golovkin/Canelo III simply has to happen, right? Not only were both fights controversial on the score-cards (fight one, the draw, especially) but they were also crammed full of action. Both men must first take care of business in their upcoming fights – Canelo against Danny Jacobs on May 4 and GGG against the far less known Steve Rolls on June 8 – but assuming they do so, a third fight between the two would be most welcome.

Canelo has the tougher fight of the two on paper (and Eddie Hearn says the winner of Canelo/Jacobs will be P-4-P number-one) but Rolls, who even GGG himself knows very little about, might surprise us all. Promoter Lou DiBella insists GGG faces a long night if he is in fact underestimating or looking past Rolls, unbeaten at 19-0(10), DiBella adamant that he is “not bringing a victim to Madison Square Garden.”

So who knows, maybe we will see a good, competitive fight when 37 year old Triple-G returns after having had the longest layoff of his pro career. But assuming he and Canelo do win, they have to give the fans what they want, and that’s that third fight. GGG sure wants it.

“We’re not gonna look at what he’s demanding such as a title,” Golovkin said of Canelo. “I’m hoping to fight him, title or not.”

The fans are hoping too. In fact, everyone is hoping to see the two best 160 pounders on the planet rumble a third time. Everyone except Steve Rolls and his team, that is. And Jacobs and his team, naturally.