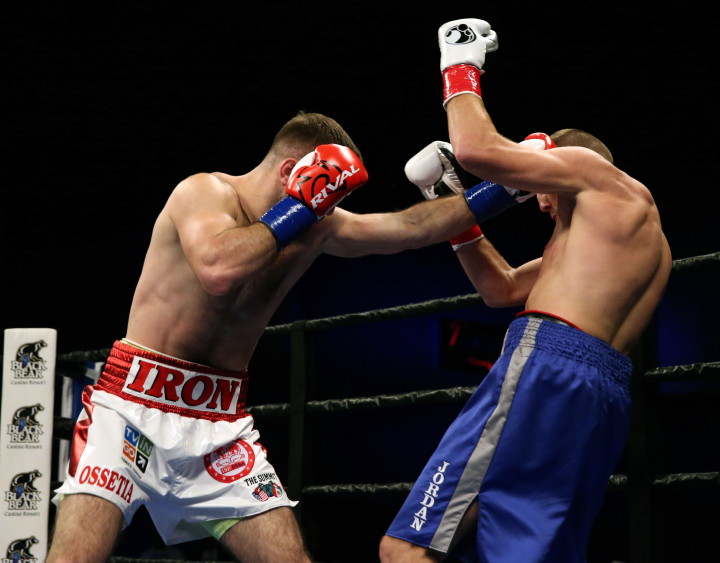 (Photo credit: Andy Samuelson/Premier Boxing Champions) Showing very impressive punching power, undefeated Murat Gassiev (23-0, 17 KOs) made easy work of Jordan Shimmell (20-2, 16 KOs) tonight in stopped him with a single shot to the head in the 1st round at the Black Bear Casino Resort in Charlton, Minnesota. Gassiev, 6’3”, hit Shimmell with a left hand to the head and the shot knocked him senseless.

Shimmell fell hard on the canvas in landing back first. Referee Mark Nelson stopped the fight immediately at 2:54 of the round. The victory for the 22-year-old Gassiev makes him the IBF cruiserweight mandatory challenger to the winner of this Saturday’s unification fight between IBF cruiserweight champion Victor Ramirez and WBA champion Denis Lebedev.

Shimmell was doing a good job in the fight up until he got nailed by a right hand from Gassiev. Where Shimmell made a mistake is backing up against the ropes in the last seconds of the round. He should have realized that the Gassiev was setting him up for a big punch. I’m not sure if Shimmell would have gone very long in the fight even if he had made it out of the round though. Shimmell was just overmatched in the fight and didn’t belong in the ring with a guy with the kind of skills and punching power that Gassiev possessed.