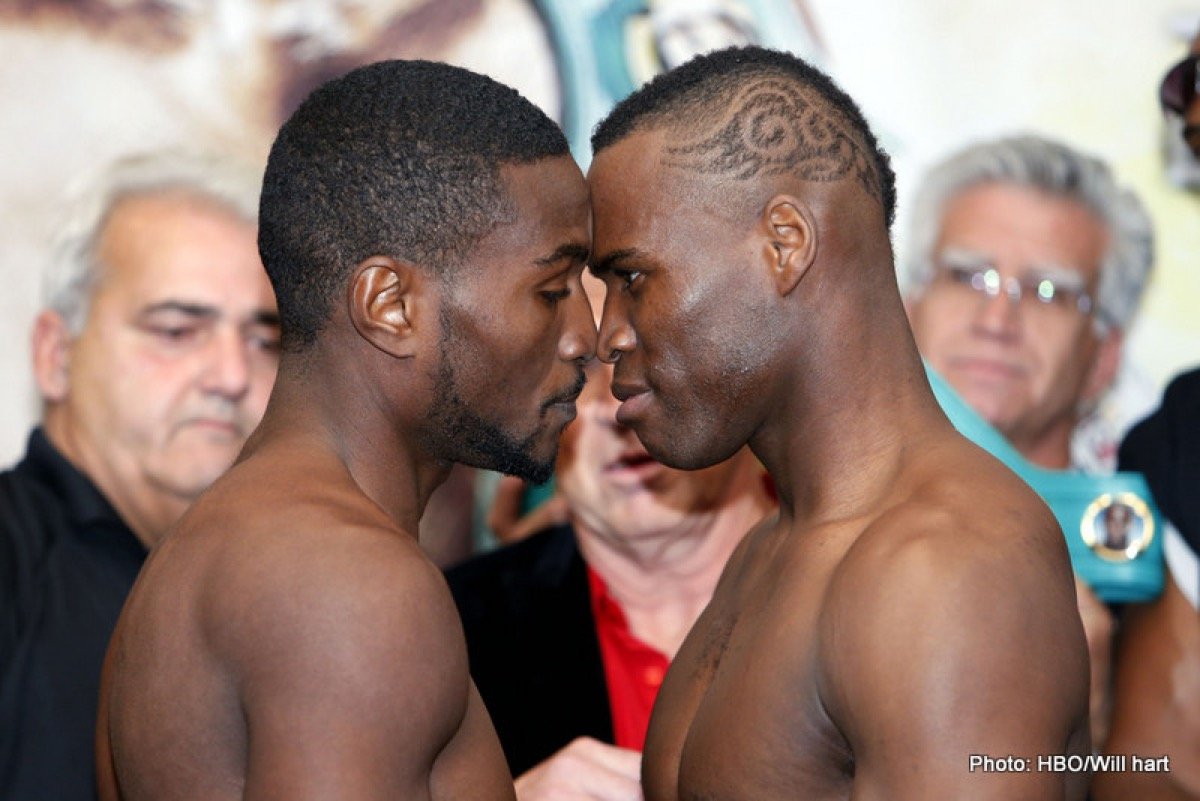 Former IBF light-heavyweight ruler Tavoris Cloud made a low-key ring return last night. Having his first fight in six years, Cloud was matched soft – literally. Cloud took on a guy named Ryan Soft in Daytona Beach, Florida, and the former champ got the stoppage win in the third round.

Once a fearsome puncher and an exciting fan-friendly warrior, Cloud, known as “Thunder,” vanished from view back in 2014, after the Floridian had suffered back-to-back defeats at the hands of Bernard Hopkins, Adonis Stevenson and then Artur Beterbiev.

That last fight of Cloud’s, a bad second-round stoppage loss, looked to have signaled the end for the man who became IBF champ in 2009.

But now, Cloud is on the comeback trail. Who knows how far the 38-year-old can go? Cloud was a relentless, all-action powerhouse back in his prime years, back when he was tearing his way through Clinton Woods (to win the vacant IBF belt), Glen Johnson, and Yusaf Mack pre-title, other outstanding fighters in Julio Gonzalez and Mike Wood.

But then, as he did to several other fine fighters, the sublime Bernard Hopkins took something away from Cloud, when he defeated him by wide decision in March of 2013.

Yes, Cloud had been pushed hard by the tricky Gabriel Campillo before the loss to B-Hop, when he won via split decision in what was his fourth title defense, but Hopkins took all the fighting spirit out of Cloud, or so it appeared at the time.

It was certainly all downhill for Cloud after that March night with “The Executioner” in Brooklyn, as he was then beaten badly by Adonis Stevenson and then by the extremely heavy-handed Beterbiev; both stoppage losses. And then, nothing.

Cloud, at the relatively young age of just 32, and after having had a comparatively low number of fights, at 27, these spread out over a decade, was gone. It seemed Cloud had retired, even though there was no official announcement. But now he’s back.

It’s tough to gauge too much from last night’s easy win, but maybe the rest and the time out has done Cloud well. If he has regained his former desire, then maybe he can go on to give a few current light-heavyweight fighters a run for their money.

It’s a pretty big long-shot that Cloud will be able to do too much, but the former champ might be young enough and rested enough to be able to do some damage. We have seen far more outlandish comebacks launched over the years.