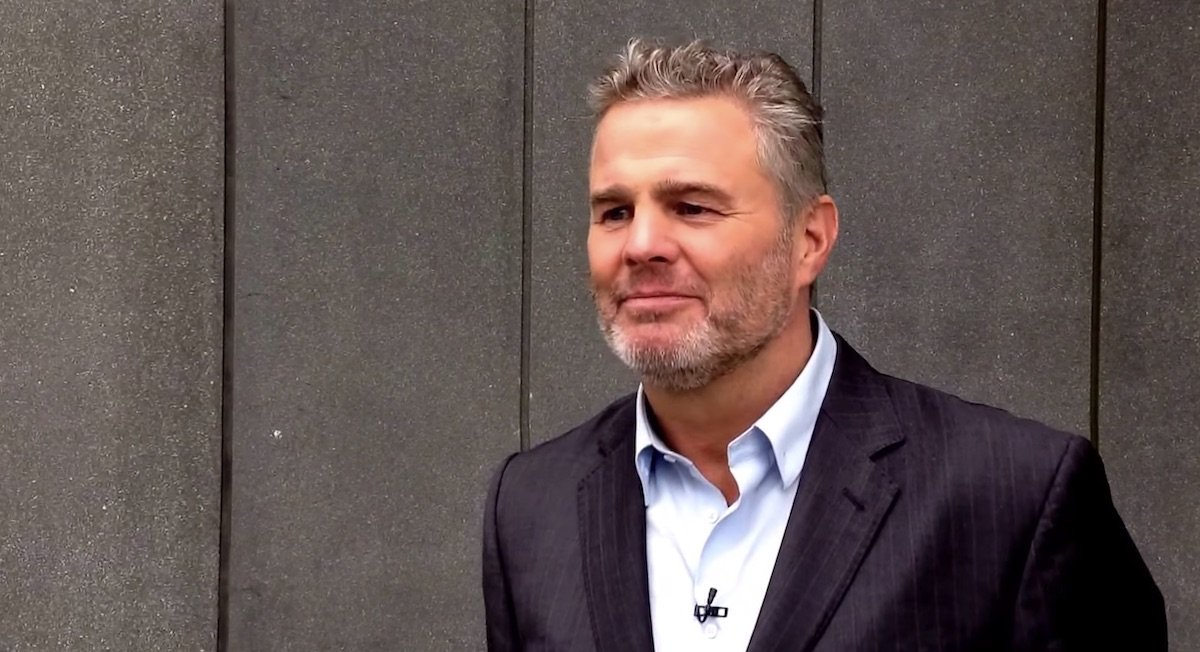 Former IBF cruiserweight king Glenn McCrory had some eventful career. Not only was he a world champion, albeit quite briefly, but McCrory also famously sparred nearly a hundred rounds with a peak Mike Tyson.

McCrory, who retired with a fine and hard earned 30-8-1(12) pro record in 1993, became a pundit and commentator for Sky Sports, calling fights all over the world. It is due to his time with Tyson that many fans are most familiar with the former cruiserweight / heavyweight, though.

Here, McCrory kindly speaks about some of his memories:

“I sparred Tyson at The Trump Plaza, ahead of his big fights with Larry Holmes and Tyrell Biggs. The sparring was hard of course – yes, we did 96 rounds – and of course I got some shots in myself. I blacked his eye. At the time, I had no management, no publicity, and that got me press in the New York Post, that I gave Tyson a black eye. Of course he got his own back on me!”

Q: After you became IBF cruiserweight champ in 1989 – making a little bit of boxing history by becoming the first world champ from the north east of England – you began calling publicly for a shot at Tyson, who by 1989 was of course world heavyweight champ. Did you really want that fight?

G.M: “I really did, yeah! At that time I did. But looking back now, okay, I did well with Tyson in four-round sparring sessions, but he’d been in with four other guys then. To be honest, to have gone in with the peak Tyson, who had gone through Holmes and everyone else, over a full scheduled 12 rounds. To be totally honest, that’s a very frightening thought. Tyson was just awesome back then, unbeatable.”

Q: To have sparred so many rounds with him, and to have earned his respect – Mike calling you the toughest white man he ever fought – that must have been a special time for you, as tough as the work was?

G.M: “It was a real privilege to be in his camp – and I was the only white fighter there. I knew I was in the company of greatness. Over the years, later on, lots of fighters sparred with Tyson and they talk about it today, but with all due respect, they never sparred the peak, the rampaging, the fearsome Tyson. I remember the [Tyrell] Biggs fight, and it was personal for Tyson. He was smashing the lockers off the wall!

“That was the best, most incredible ring entrance ever. Tyson just went into the arena, towards the ring – he never waited for the entrance music, he just charged in, sweating and ready, with no robe, just ready to fight. That was the peak Mike Tyson, and of course he utterly destroyed Biggs.”

Q: And when you became a top pundit for Sky Sports, did you keep in touch with Tyson?

G.M: “I did, but he saw me differently then. It was the same rigmarole every single time. Sky would send me in for an interview with Mike, just because I knew him. He hated doing interviews, any media stuff really, and I would get a few words from him on camera. Then, when it was just me and him outside, he’d talk and be great and say, ‘Hi, Glenn, whatever you need.’ It was so frustrating, I wanted to punch him in the mouth! But the thing was, now that I was a member of the press, Mike thought I had sold out, sold my soul even. He always felt the press was against him – they were the enemy. It was different when I was a fighter. But even after all that, Mike would always give me some time. He always remembered me and of course that was a great honour.”

Q: When did you last see Tyson?

G.M: “It was in Liverpool, he was doing an appearance show. He took me into his dressing room, with his wife and his little baby. He was a gentleman. I’ll always have good things to say about Mike Tyson. He was a great, great fighter.”