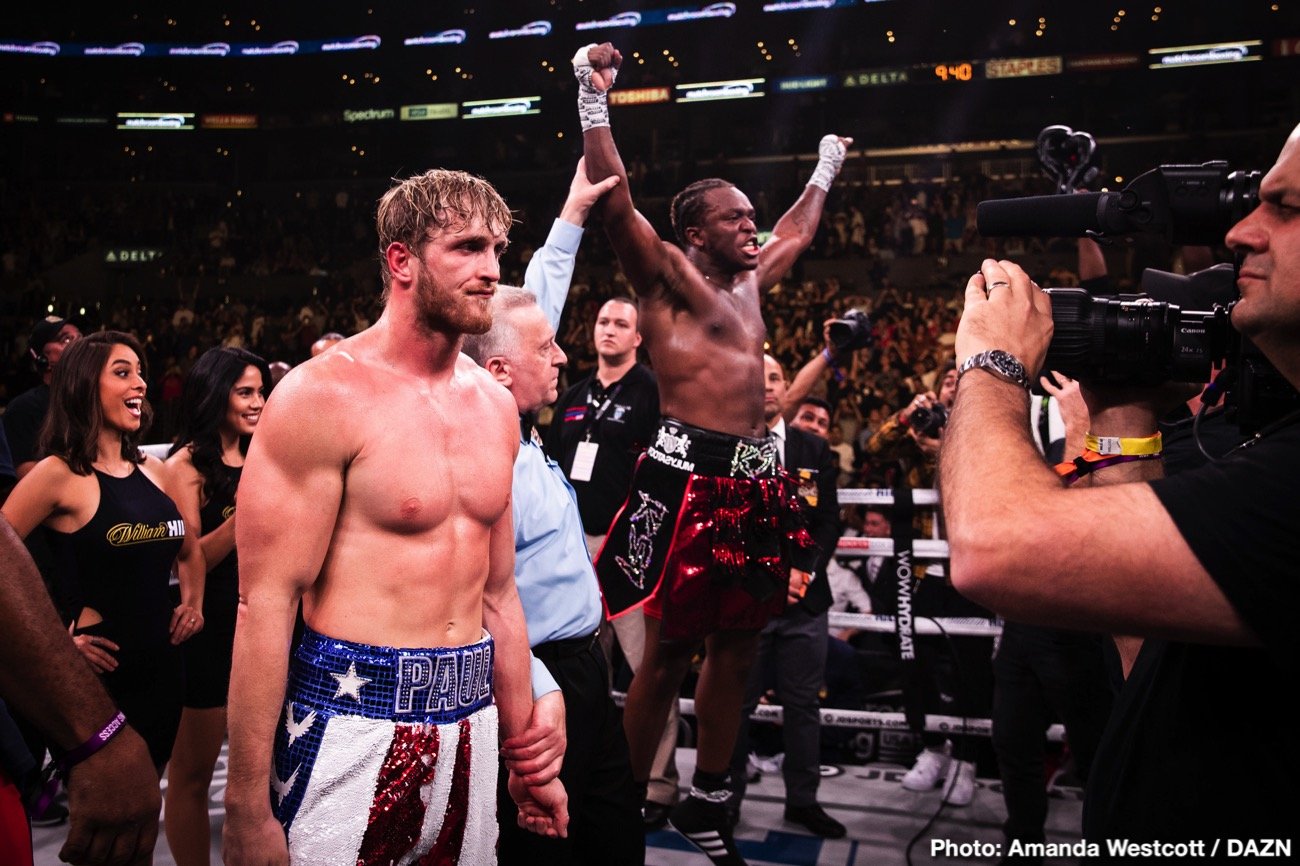 The Floyd Mayweather vs. Logan Paul money grab, sorry, exhibition bout, has been postponed. The bout, a comical mismatch of huge proportions, was to have taken place on February 20. Now, “to take place at a later date,” the much-maligned affair is looking for a new date. All those involved in the bout hope increased interest will come in time to make the bout a hit.

But plenty of critics say that, in these current hard times, with many people out of work and struggling through the pandemic, all those involved in attempting to sell this “fight” should be ashamed of themselves. The exhibition bout was being offered at the early bird, “bargain price” of $24.99, the price to increase significantly just before the bout taking place. But sales have reportedly been poor.

It turns out there are not enough suckers born every minute. Right from the start, when fans wondered if this “fight” would really happen or if it was nothing more than a joke, everyone – as in everyone – screamed how Paul, 0-1 in the ring, had no chance in hell against Mayweather. Even the fact that Floyd turns 43 next month and even the fact that “Money” would/will be giving something like 50 pounds or more away in weight on the night was not enough; it seems to pull in the fans.

Mayweather has raked in plenty of easy money in exhibitions, and it seems fans, plenty of them hard up, have said no more. If Mayweather wants to earn some cash, he will perhaps have to have a real fight. Not a joke of a mismatch against a novice boxer. One Mayweather could have hurt bad, and perhaps still will.

Well done to all those people who flat-out declined to get taken in by Mayweather vs. Paul. Let’s hope it stays this way. Fight fans want real fights. The great sport of boxing and its hard-earned reputation (something Mayweather seems to care nothing about) deserves great fights.