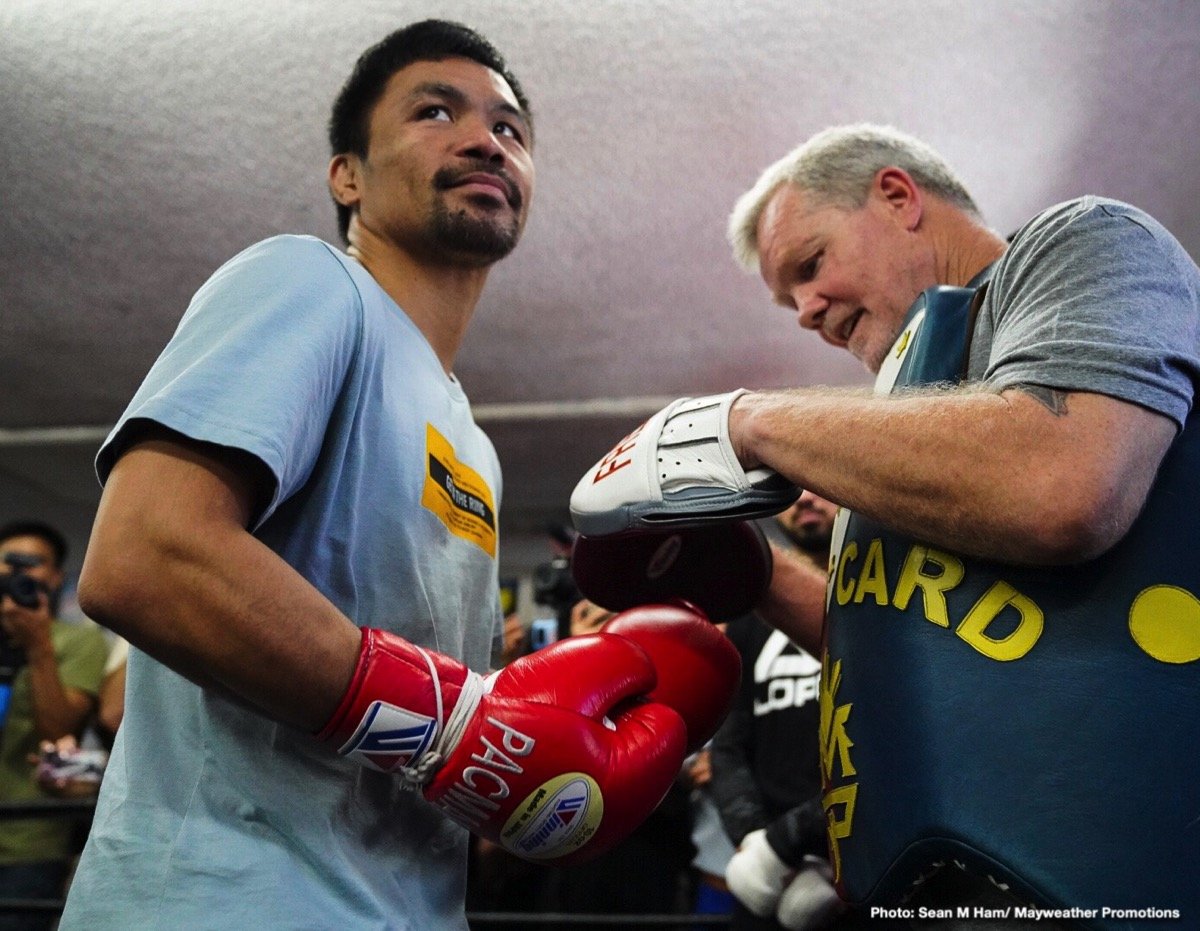 How would a crossover fight with MMA star Conor McGregor suit as a swansong in the legendary, 25 year career of all time great Manny Pacquiao? While the amazing 41 year old is still to make up his mind as far as what he does next in the ring, one of his advisors in the Philippines, Jayke Joson, says the fans he has spoken to really want to see Manny go out with a fight with McGregor.

A Pacquiao-McGregor fight has been spoken of for quite some time now, and McGregor has expressed plenty of interest in it. And Joson says McGregor is the overwhelming choice of opponent for Manny, at least going by the huge amount of Filipino fans he has spoken to.

“I have talked to nine out of ten Filipinos and they really like UFC star Conor McGregor as the senator’s last opponent. This is before he leaves professional boxing for good,” Joson said to The Manila Standard. “I think we will know about senator Pacquiao’s plans in boxing as soon as the COVID-19 virus is over. It is really up to the senator when he will retire from boxing but many Filipinos want our senator to take on McGregor because that will be a great fight.”

There is no doubt about it, millions of fans would watch a Pacquiao-McGregor fight, even pay decent money to do so. Maybe the Filipino fans Joson has spoken to want to see their hero Pac-Man smash the living daylights out of McGregor; which of course he would do if the fight took place (unless nice guy Manny opted to take things easy on McGregor).

Floyd Mayweather was far, far too good for a game but outclassed McGregor when they fought their heavily-hyped bout of three years ago (Floyd saying he barely saw the need to train for the fight), and Pacquiao would also be streets ahead of McGregor in a boxing match. It’s up to Manny what he does next and whether he does actually fight McGregor in his final fight.

But again, you’d sure watch this fight if it happened, wouldn’t you?