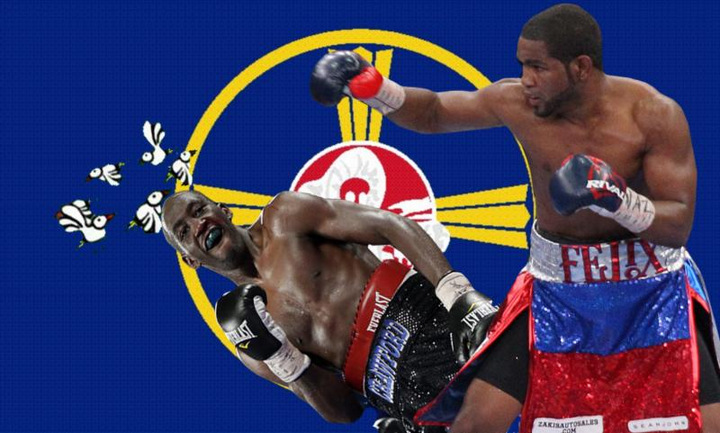 Dominican Felix Diaz (19-1, 9 KOs) ended a successful 2016 as a world ranked junior welterweight contender with another two impressive victories added to his ledger. He is determined to continue that momentum this year by facing the biggest challenges. The top name on his hit list remains WBC/WBO junior welterweight world champion Terence Crawford.

“I spent half of last year calling out Crawford. He went the easy route, facing John Molina, who entered their December title fight three pounds above the weight limit and was way overmatched. Now, it is time for Crawford to face a real challenge,” said Diaz.

“It doesn’t look like he’ll be fighting Pacquiao any time soon. I am highly ranked by the WBC and WBO, and I am willing to go to Omaha, if that’s what he wants. I respect Crawford as a champion and would love the opportunity to knock him out in his hometown. My promoter Lou DiBella is ready and willing to talk to Bob Arum to get a deal done. It would be a great fight for boxing fans. Let’s get it on.”

Diaz closed out last year fighting in his native Dominican Republic for the first time in three and a half years, breaking down his opponent en route to a TKO victory, on December 16, in Santo Domingo.

Prior to that, Diaz won a thrilling 10-round war against highly regarded, undefeated contender 21-0 Sammy Vasquez in Birmingham, AL. The bout was shown live on FOX, and served as the co-main event to Deontay Wilder’s heavyweight title defense versus Chris Arreola.

Following the win over Vasquez, Diaz, the only boxer to win an Olympic gold medal for the Dominican Republic, signed a long-term promotional agreement with DiBella Entertainment. Ranked no. 5 by the WBC, no. 13 by the WBO and no. 15 by the IBF, Diaz is anxious to prove that he belongs among boxing’s elite.

“Arum and I have worked together for a long time,” said Lou DiBella, President of DiBella Entertainment. “Diaz facing Crawford is a very attractive fight, one that promises a lot of action, and I am confident that we can get it done. We’d be happy to fight on HBO and in Omaha, or anywhere else. While many fighters are avoiding Crawford, Diaz is ready for the challenge. The question is, does Crawford want it?”

“Terence Crawford is someone we’ve been going after for a while,” said Diaz’ manager Jose Nunez. “We would love the opportunity to fight for the world title. Diaz wants to face the best and the best at 140 pounds is Crawford. He continues to maintain his conditioning and will be ready when called, hopefully in April. It all depends on whether Crawford wants to step up to the challenge.”