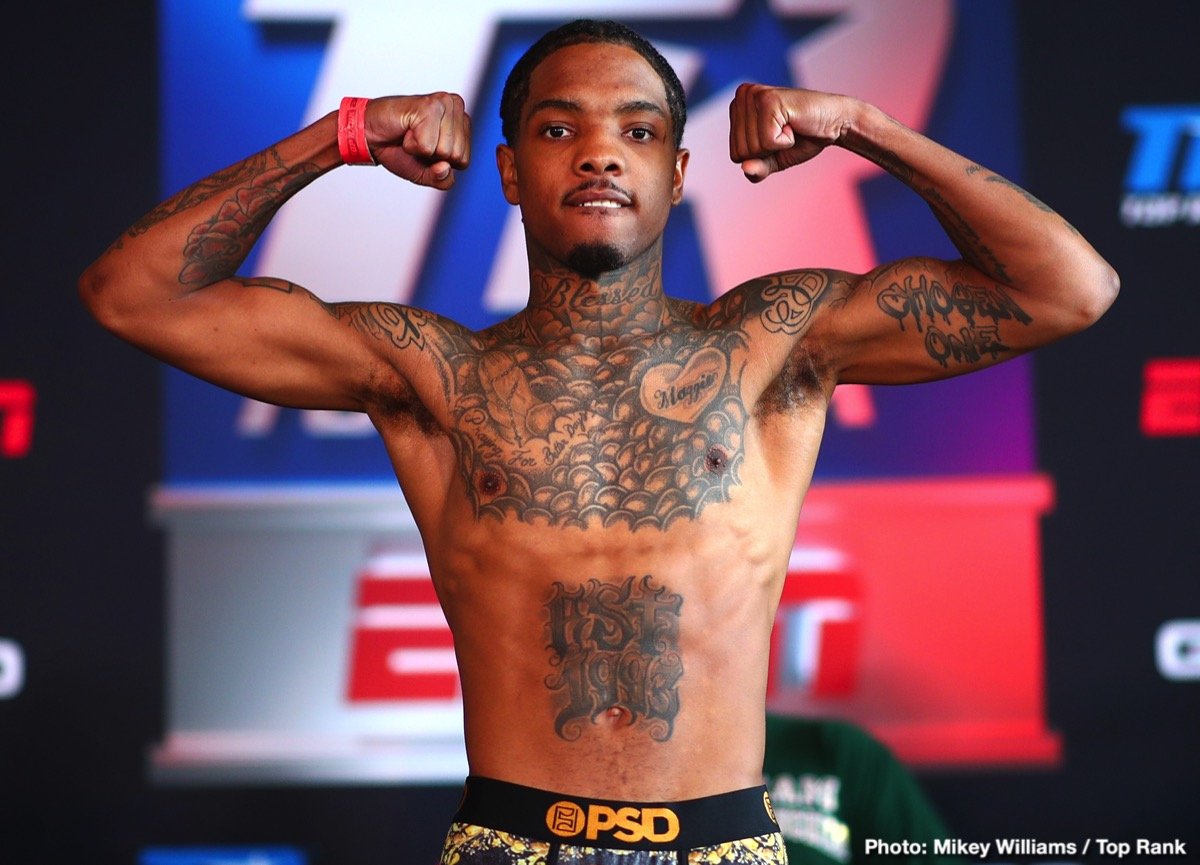 Unbeaten Tyler McCreary of Toledo, Ohio takes the biggest fight of his career on November 30th, when he fights Carl Frampton in a catchweight bout in Las Vegas. The 26 year old slickster has the self assured/cocky approach and personality the great ones have, and McCreary says Frampton has never fought anyone as classy as him before.

That’s of course saying something, seeing as how Frampton, a two-weight world champion, has beaten some fine fighters during his 26-2(15) pro career. Yet McCreary says the November fight will be his ‘coming out party;’ that he will show the world what he can do.

Tyler McCreary: “Nah. I think the catch-weight thing was more Carl’s idea, I’d have rather had it at one weight or the other, 126 or 130. But the weight is no issue, I’ll make weight with no problems. I’m taller than he is, I’m longer (McCreary is 5’9” to Frampton’s 5’5” and his reach is a listed 65” to Frampton’s 62”). He’s a world class fighter and I’m looking forward to showing the world, my critics, my fans, what I really can do.”

Q: He’s not fought since December, so is there a possibility of rust for Frampton?

T.M: “Er, well, maybe. I’m not looking for that. As I say, he’s a world class fighter, so even if he has [got rust] for a few rounds, it shouldn’t really affect him. Me, I will adapt to whatever he does on the night. Not to be sounding cocky, but this fight, it’s up to me and what I feel like doing on the night. If he wants to make it a brawl, that will favour me. If he wants to box, I’m taller, longer and I don’t think he’s ever fought anyone of my class before. And I’ll defintely be the stronger man.”

Q: No-one as classy? Not even Nonito Donaire (who Frampton won a decision over in April of last year)?

T.M: “Yeah. Donaire is a good boxer, but he’s got a totaly different style to me. I can’t really say I’ve ever been really impressed by any of his [Frampton’s] fights. Not at all. He’s a good fighter but he’s never fought anyone of my skill-level before. And a lot of fighters, they look at my record and then they’re surprised by my punch power. I look forward to seeing how this fight plays out. As I said before, I can adapt to whatever he brings on the night.”

Q: You’re 26 and he’s 32 – is this a big advantage to you, and do you see this fight being, as the saying goes, your coming out party?

T.M: “Yeah, I do think he’s over the hump. Myself, I’m not at my prime yet; I’m still growing and I have a ways to go. I think the best fights are definitely still to come from me. Yeah, this will be my coming out party.”

Q: Your last two fights, a draw (with Roberto Castaneda in March), and a split decision win (over Jessie Cris Rosales in July), were they the two toughest fights of your career so far?

T.M: “(laughs) No! Castaneda, I won that fight. I blew making the weight, I had a couple of issues in camp, but I still won that fight clearly. Rosales, he was tough – they were both tough fights. They were just good fights for me, that’s all.”

Q: Frampton had a war in his last fight, with Josh Warrington, and he was quite swollen up. Did you watch that fight and do you feel you might be able to bust up Frampton with your punches?

T.M: “I did see the fight. It was a good fight. Yeah, there could defintely be some bruises and maybe some cuts [on Frampton]. Like I said, fighters don’t realise how hard, how sharp I can hit. I’m a smarter fighter than he is. I’m the smartest fighter he’ll have fought. I just feel like I’ll do what I have to do to win. I’m looking forward to seeing how he reacts to me, to my style and to my power.”

Q: You win this and you will go for a world title? And if so, have you any preference which champion you fight for a belt?

T.M: “Nah. We’ve thought about it, of course, me and my team, but it doesn’t matter who I fight. It will be whichever champion that is willing to face me. I look at staying at 126 or 130 for the time being; I have no plans to move up to 135 for now.”

Q: Shakur Stevenson is looked at by some as the next star of the featherweight division. You two have sparred?

T.M: “Yeah, Shakur is my man and there’s a lot of love there. We have fought (sparred) and he learnt a lot from me and I picked up good work from him. Let’s leave it at that. I don’t see us fighting each other any time soon – we both have the same promoter, the same manager. But in the future, who knows, of course we may fight. Right now, this (Frampton) is my fight. I’m working hard and looking forward to it. Thanks for the support.”