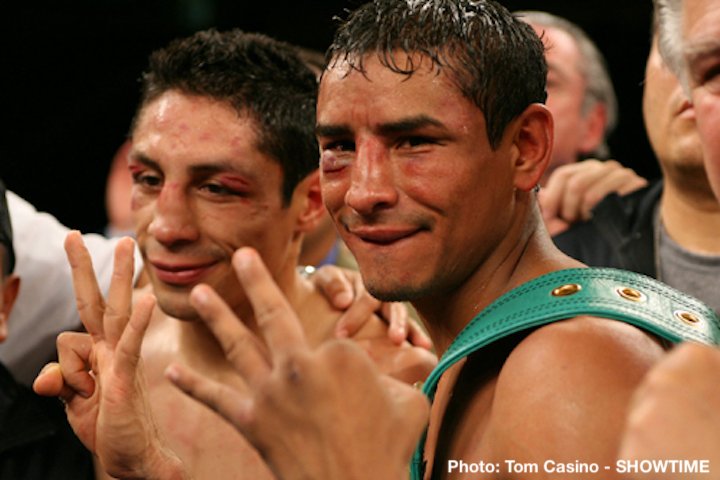 It’s just over 25 years since Rafael Marquez began his thrilling, blood and guts, send-the-fans-home-happy pro career. And amazingly, Marquez lost his debut. The former bantamweight and super-bantamweight ruler was matched insanely tough in his first pro fight, being sent in with seasoned former champ Victor Rabanales (Marquez being stopped in the 8th).

But the immensely skilled and tough Marquez refused to let this initial setback deter him. The man from Mexico City would go on to become a true great. Marquez thrilled us with his fierce rivalry with Israel Vazquez, the two going 2-2, and Rafael also won epic fights against the likes of Mark Johnson, Tim Austin, Mauricio Pastrana and Silence Mabuza. 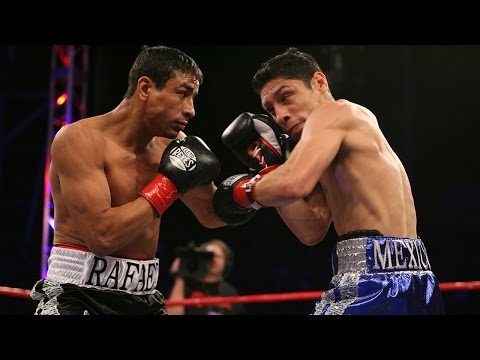 Marquez was kind enough to give up some of his time in answering some of this writer’s questions yesterday evening.

Q: Thank you so much for your time, champ. It’s an honor! First of all, the wars you had with Israel Vazquez will never be forgotten. How tough were those fights?

Rafael Marquez: “They were very tough! But no fight is impossible to win. Two of those fights, we had four in total, were seriously hard. The punishment we both took was serious. Thank God I am in good shape today. I am in good health. Against Vazquez, I always entered the ring being 100 percent ready. I had to be. In fact I was always ready for every fight I had.”

Q: Of all your achievements, is it possible for you to rank your three finest fights. Maybe your three favorite fights of your career?

R.M: “Yes, I can. For me, my three best wins are as follows: Mark Johnson, Tim Austin and Israel Vazquez. I like the final fight I had with Vazquez the best, because it was the easiest (laughs). I’m blessed to have been a two-time world champion.” 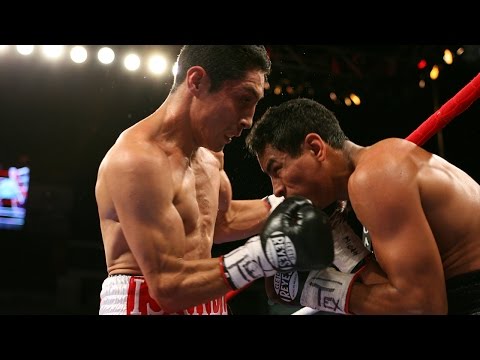 Q: How is it you fought Victor Rabanales in your very first pro fight? As you know, he was a former champion and he was 39-14-2 at the time of the fight!

R.M: “Yes, that was a very tough fight for me. I was just an amateur that that time. And as you say, he’d had over 50 fights. But no-one else wanted to fight him at that time, and one day Nacho (Beristain, trainer) came to me and he told me I was fighting Rabanales. He told me how the fight would lift me up (in terms of world ranking and recognition). So I told Nacho, ‘Okay.’ Just twenty days later, we we’re in the ring fighting (Rabanales getting the 8th round stoppage win in 1995).”

Q: There are so many great Mexican fighters aside from yourself. Who are your boxing heroes?

R.M: “I have two: Salvador Sanchez and Julio Cesar Chavez.”

Q: What do you think to today’s bantamweight division, and do you like “The Monster,” Naoya Inoue of Japan?

Q: When you look back on all you accomplished, what pleases you the most?

R.M: “I’m very thankful to the sport of boxing. This sport taught me many things, and it helped me as a human being. I have no regrets regarding my career. It meant a lot to me to become a world champion two times. But mostly, I am proud of what I was able to do for my family. Today, my goal is to help young fighters. I wish to pass on all that I have been taught. Also, I am always grateful for the fans. I am especially grateful for their support. Thank you.” 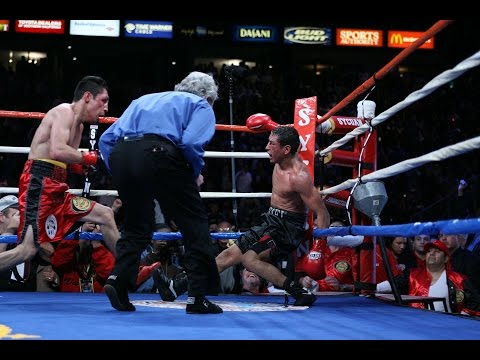