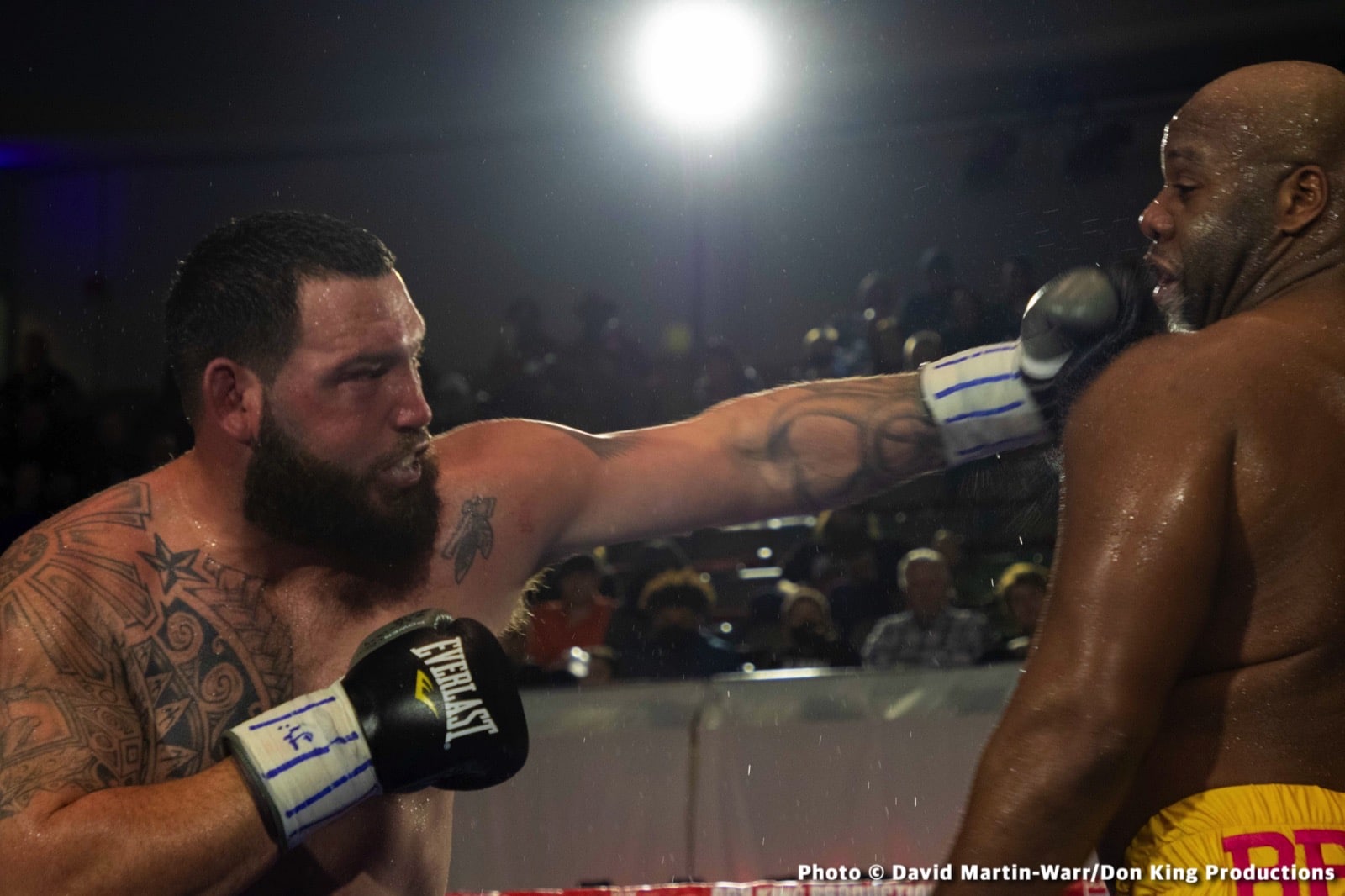 A relative unknown, if not at an almost complete unknown, before his fight on Saturday with Trevor Bryan, Jonathan Guidry surprised many fans by pushing Bryan all the way to a 12 round split decision. The belt Bryan holds and defended is much maligned, but Guidry made a name for himself all the same.

Now, having experienced a 12 round distance fight for the very first time, Guidry has added confidence and he is looking to land another big opportunity. Guidry says he showed everyone that he can fight and that he now looks to get back in the gym.

Q: You did a whole lot better than a good many people felt you would, pushing Bryan all the way.

Jonathan Guidry: “Yeah, it was a good fight. I was landing jabs on him that shouldn’t even land on a taller guy. I think I did real well in the fight; I think it could’ve been a draw. That last round knockdown, man. I knew [me fighting] Don King’s home town fighter, his home boy, I knew this was a fight where I wasn’t gonna win a decision. I think I pretty much exposed him, to show that he’s not really an elite heavyweight. But it was a great fight.”

Q: The score-cards were all over the place, weren’t they? How do you rate Bryan as a fighter now? 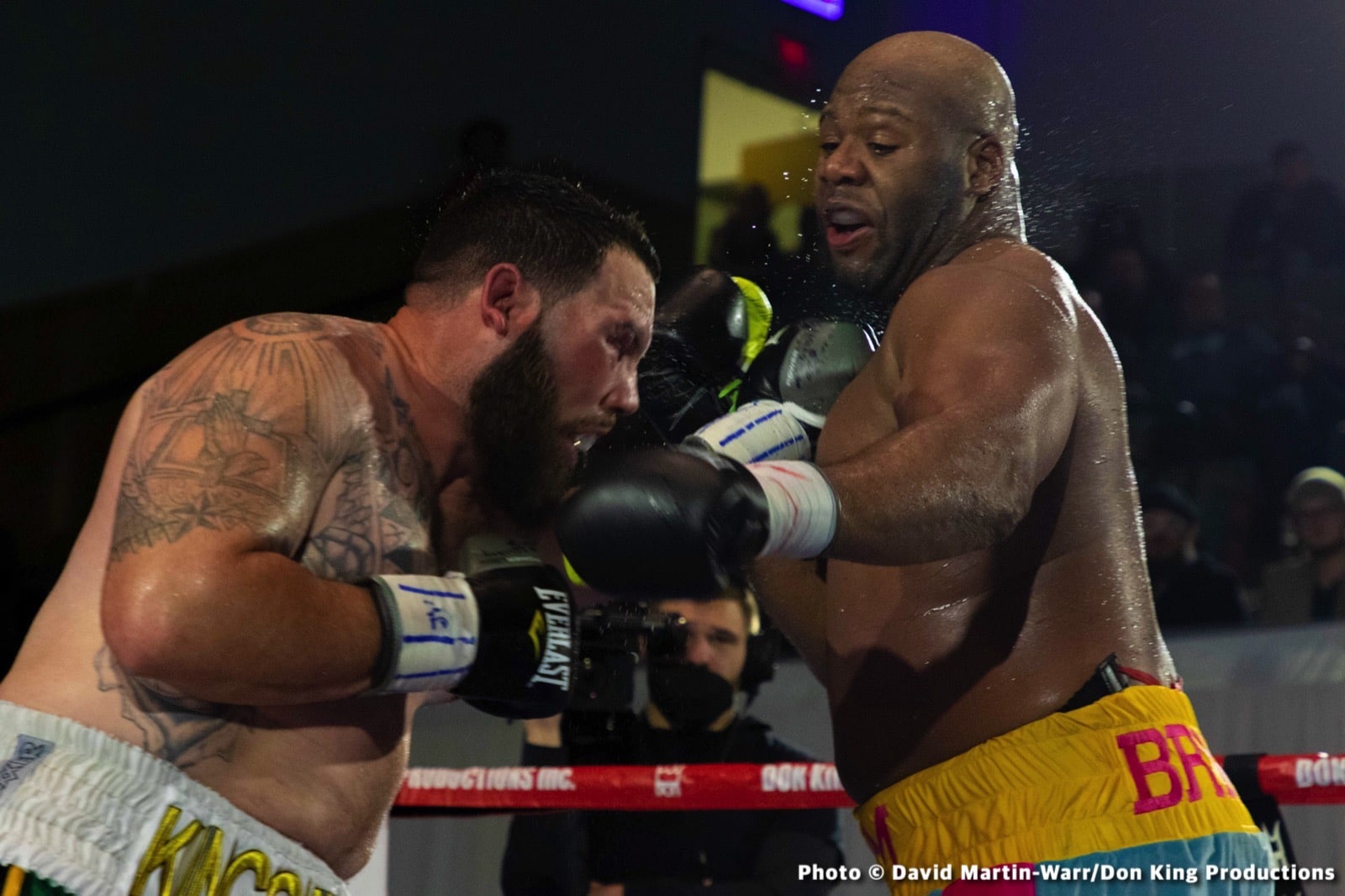 J.G: “I think Bryan, in his next fight, he gets knocked out. I didn’t have much time at all, training – I’d never had a 12-round fight. The most I did was eight rounds, one time. I was throwing punches [in the Bryan fight] but I didn’t have enough at the end of them, because I was making sure I didn’t gas out too fast. I was throwing shots but they were not all hard shots. I was holding back a little bit. But now that I’ve done a 12-round fight, I know how it feels; how you catch that second wind. I think I’ll be ready next time, for anybody.”

Q: What are you hoping for next?

J.G: “I’m just ready to fight. It was a good fight and now that it’s over I guess it’s a case of going back and trying to find a fight to stay busy, stay ranked. I’d like to at least fight a guy in the top rankings, more than I’ve been doing. I showed everybody that I can fight and I’m a warrior and I belong on big cards, to show my talent, to show that I have a really high IQ. I’d like to be a full-time boxer. Maybe one day I’ll get down to cruiserweight, who knows?”

Q: How hurt were you in the last round when he knocked you down?

J.G: Well, in one of the rounds, he had his forearm on the top of my head and he pushed off and it kinda like put a shock on my neck. That’s when I realized I need to work on my neck, ‘cos these bigger guys, they be hitting me on top of my head, and my neck, I need to train and make my neck stronger. In the last round, when I got caught, it was like a shot went through my neck. It dropped me and I was like, ‘damn, my neck!’ It wasn’t like I was knocked down – it was my neck.”

Q: Do you aim to fight again this year, more than once?

J.G: “I’m trying to get a fight in the next 90 days. I want to stay busy but I’ll have to go back to work and that’s the problem I always had. I’m just looking to stay busy and continue on boxing.”

Q: In terms of Bryan, it looks like he’ll fight Daniel Dubois next. What happens there if the fight goes ahead?

J.G: “I think Dubois is probably knocking him out in four or five rounds. I exposed Bryan and I had a good chance of beating him. One time, I caught Bryan with a jab and he was stunned but I didn’t jump on him and it was a little too late before I realized I could hurt him with a jab. I didn’t jump on him because I was worried about conserving my energy. There were things which I should have did, like go down to the body and come back with the hook. I should’ve let them shots go. I should’ve worked more. It’s kind of heartbreaking ‘cos I think this might be my only chance to get a world title. But the fight might help me out in that people know that I can fight and maybe that’ll help me get other fights.”

Q: What was it like working with Don King? Obviously, you were fighting his guy.

J.G: “For 90 years old, he still has a lot of fire. You wouldn’t think he was 90 years old. He’s still putting on shows and that’s awesome.”

Q: Who are your boxing heroes?

Q: Who do you think is the best heavyweight in the world right now?

J.G: “The best has to be Tyson Fury. He’s just so big, he can move, and what it is is, he has fun in the ring. That’s the whole part about boxing, he’s out there having fun. If you’re enjoying what you’re doing it makes it easy.”

Q: Who have you sparred with during your career, any big names?

J.G: “No, I’m just really a natural talent. If I’d had a chance to work with these big names, my talent would shoot up. To even be in a real training camp; this is really my first professional training camp that I went to. We did two weeks and I sparred four times. I trained with my brother at home. We’d just never been to a professional training camp my whole career. It’s all experience and I’m a lot smarter [now]. Next time, we’ll go to a training camp way earlier. I want to fight some of these bigger-name guys. I wish I’d had this opportunity when I was a little younger. But it’s all a learning experience and I’m ready to take that step up.”