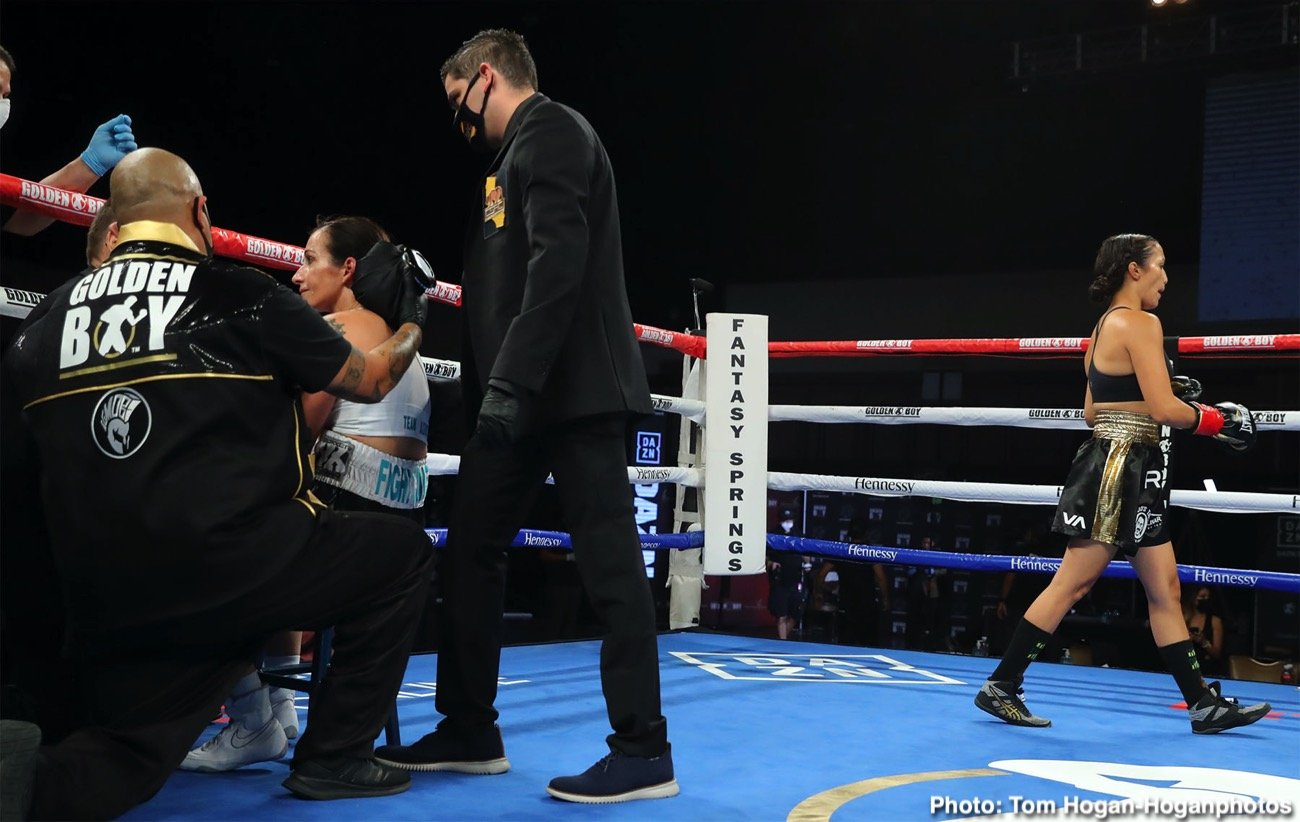 This one isn’t so much a candidate for KO of The Year; more like a strong candidate for Mismatch of The Year. Last night in Indio, California, talented and unbeaten female fighter Seniesa Estrada, a light-flyweight, scored a sickening looking KO over 42 year old Miranda Adkins – the KO coming after just seven-seconds of action. A gross mismatch that has been universally lambasted, the destruction job 28 year old Estrada did on Adkins could have led to tragedy.

Thankfully, judging by reports, Adkins is okay. But to repeat, this one was just nasty. Estrada should never have been fighting Adkins (to be fair, Adkins was a late sub) and whoever the match-maker was, he or she should feel pretty bad right about now (again, this is taking into account the fact that Adkins was brought in at short notice when original foe Jacky Calvo was pulled due to a knee injury). Seven punches landed in as many seconds and Adkins fell hard, out cold. It was awful to see. 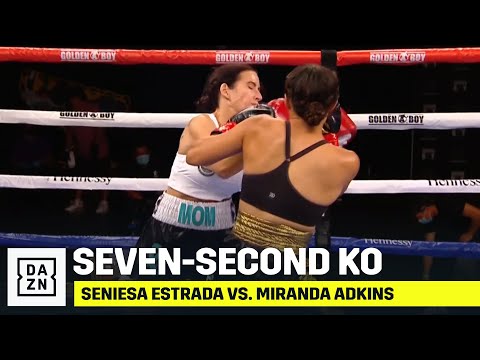 Estrada, who feels she has greatness in her, is now 19-0(8). Adkins lost for the first time in falling to 5-1(5) yet the lady from Kansas had never fought an opponent with a winning record before last night.

Many boxing sites have ran with the whole ‘ugly KO’ and ‘brutal and barbaric’ theme, and it’s no wonder. There is no way anyone who watched last night’s knockout can have enjoyed what they saw. Adkins deserved better, as did Estrada, a genuinely world class fighter who has held the WBA interim belt at flyweight and was last night, incredibly, defending the WBC silver light-flyweight title.

Last night’s seven-second KO goes down officially as the fastest KO ever in female boxing history. Estrada is aiming for big things:

Fans do want to see more of Estrada, but at the same time we all hope she is far more adequately matched in the future. 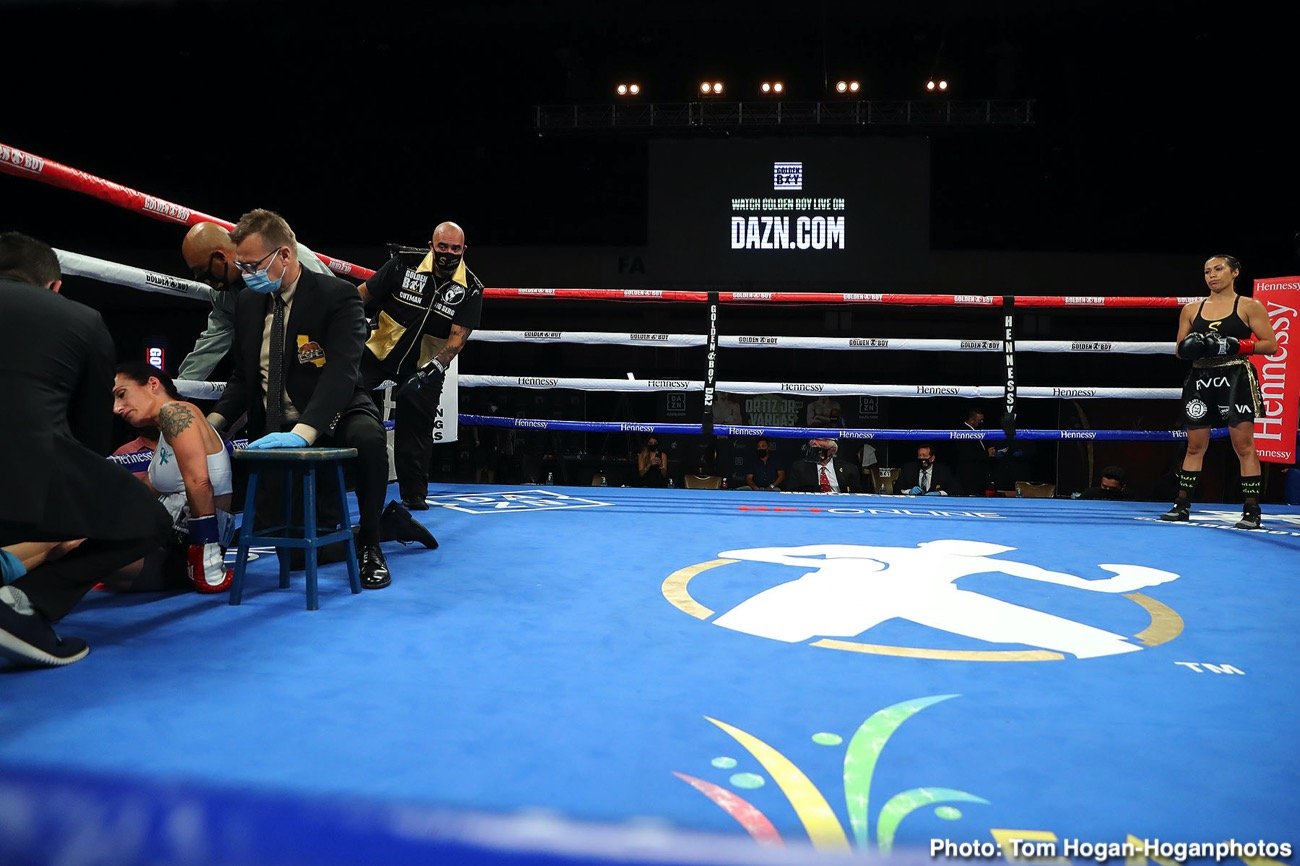 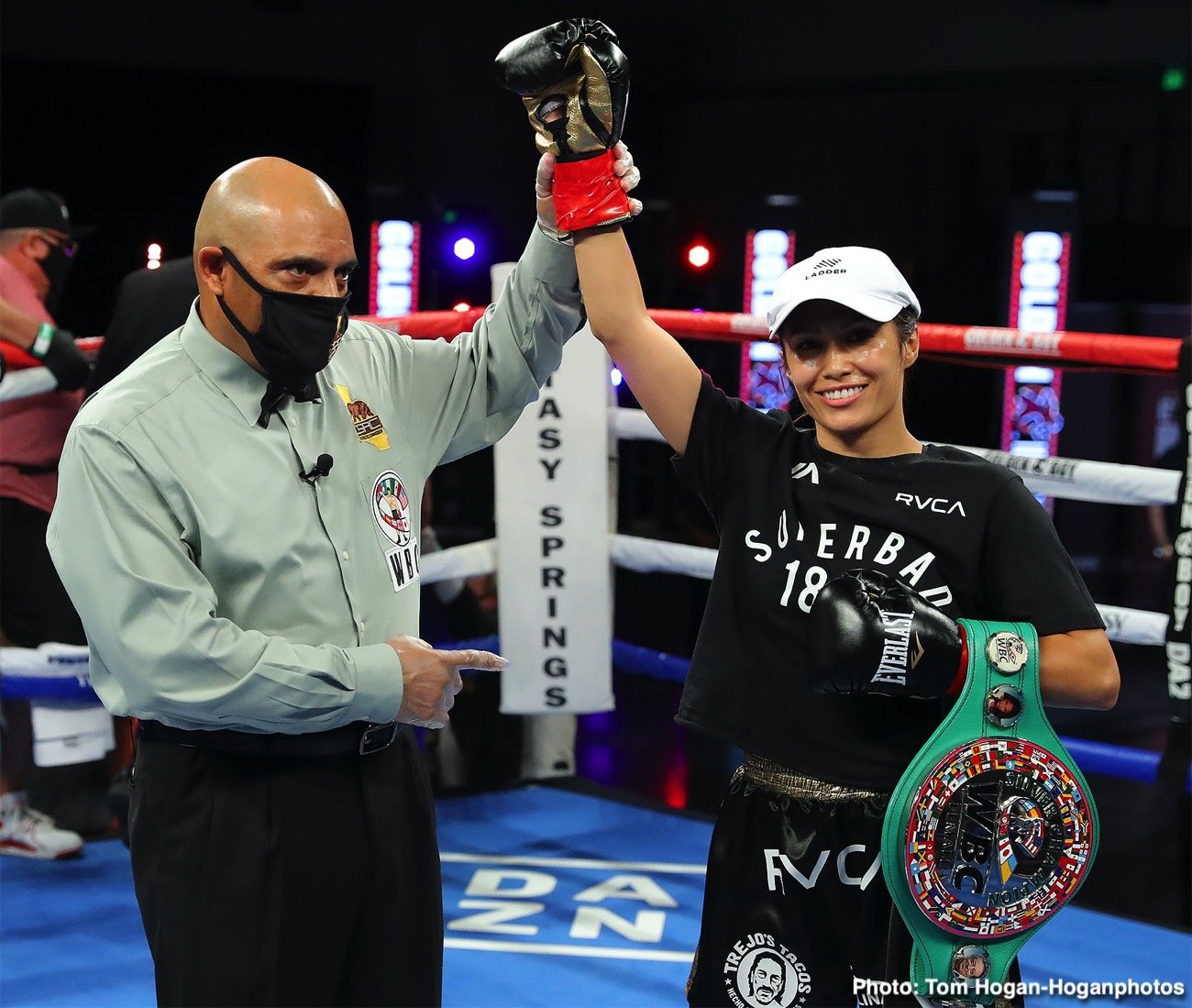