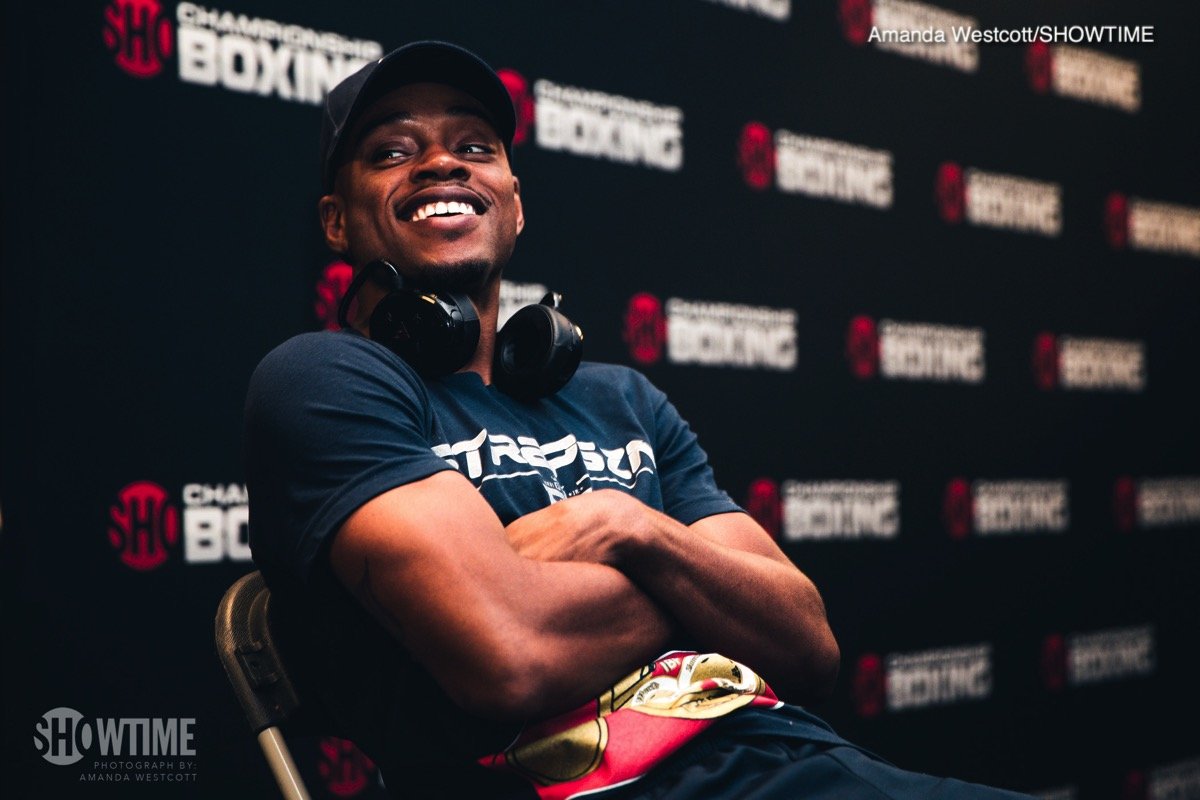 Rival welterweight champions Errol Spence and Terence Crawford came face to face yesterday evening, back stage in Oklahoma after the Maurice Hooker-Alex Saucedo fight, and the two unbeaten pound-for-pounders got into it as they exchanged words. Mostly it was good natured fun, with the two shaking hands and laughing at one another’s jokes/insults/vows. It made for great hype and fans everywhere sure want to see this fight happen.

Crawford sent Spence a message on social media, asking him to “come over and say hi.” After leaving the arena, the two stars met again and did far more than just say hi. ESNEWS captured the entertaining exchange on camera.

“Don’t you try and go to the body [against me],” Crawford said.

“This is gonna be easy work,” Spence said. “You got hurt by [Yuriorkis] Gamboa!”

“You got hurt by Kell Brook,” Crawford shot back. “What we gonna bet on it?”

“A million!” said Crawford, and the two shook hands.

Promoter Bob Arum then walked in and The Hall Of Famer told Spence that “The smartest thing you can do is to stay away from Terence.”

Arum was asked his thoughts on the now official Spence-Mikey Garcia fight.

“I didn’t think Mikey was that stupid!” Arum shot back.

Both welterweights are utterly convinced they have the beating of the other, at least this is the way it looked yesterday. There is evidently mutual respect there too, but Spence says he is “gonna crush” Crawford. Naturally Crawford disagrees.

Now, will we actually see this, arguably both the biggest welterweight fight that can be made today and one of the potential biggest in years, get made some time in 2019? It’s clear as day both fighters want it. Bad.