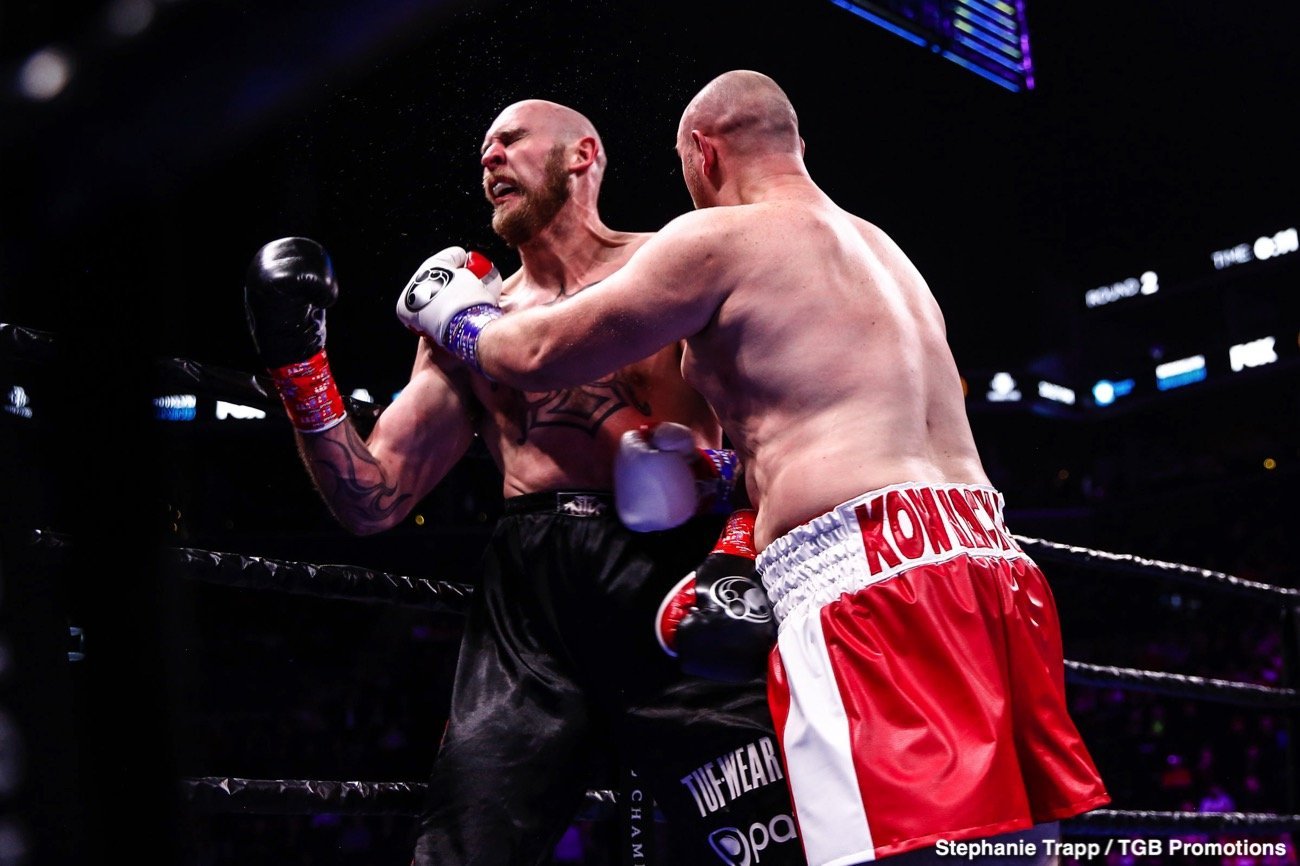 As per a “leak” that some eagle-eyed people at IFL TV spotted, a fight between Dereck Chisora and Adam Kownacki is in the works. Eddie Hearn, when asked about the fight, confirmed that though the fight is not yet a done deal, Chisora has signed on for the fight, and Kownacki will now (if he hasn’t already done so) have to decide if he is also up for the fight.

“Yes, I did see that. Dereck’s signed his side, and Adam Kownacki looks to sign that; if he’s up for it, and we hope he is, it’s a tremendous fight,” Hearn said to IFL. “Yeah, it got everyone talking, for sure.”

This fight is a match-up that makes sense for both guys. Two men who are each coming off a loss – three losses on the bounce in the case of Chisora – and badly need a win yet cannot be matched too tough. Great idea, putting them together. Kownacki is, of course, coming off those back-to-back losses to Robert Helenius (who Chisora fought way back when, in fact, some 11 years ago, dropping a highly controversial decision), and the Polish slugger perhaps needs a win more so than Chisora does.

Chisora, 32-12(23) gave us some memorable action in his two fights with Joseph Parker, while Kownacki, though he showed heart, was stopped both times by Helenius. The word is the Chisora, and the Kownacki fight will go ahead on July 9 at The O2 in London, so home advantage to Chisora. But this is a good fight, an interesting fight, and either guy could win.

It wasn’t that long ago that 33-year-old Kownacki (who is 20-2(15) and five years younger than Chisora) was being looked at as a possible future champion; Kownacki picking up wins over Charles Martin, Gerald Washington, and Chris (*he gave Andy Ruiz a real) Nightmare. But then Helenius busted the bubble. Now, both Chisora and Kownacki have it all to fight for.

Neither guy cares too much about slipping a shot or of taking a backward step, and together, Chisora and Kownacki could give us quite a slugfest. Who has more left in the tank at this point in time? Who the hell knows. But Chisora is never in a boring fight, and the same can be said of Kownacki.

This one won’t be pretty, but it could be pretty darn entertaining.