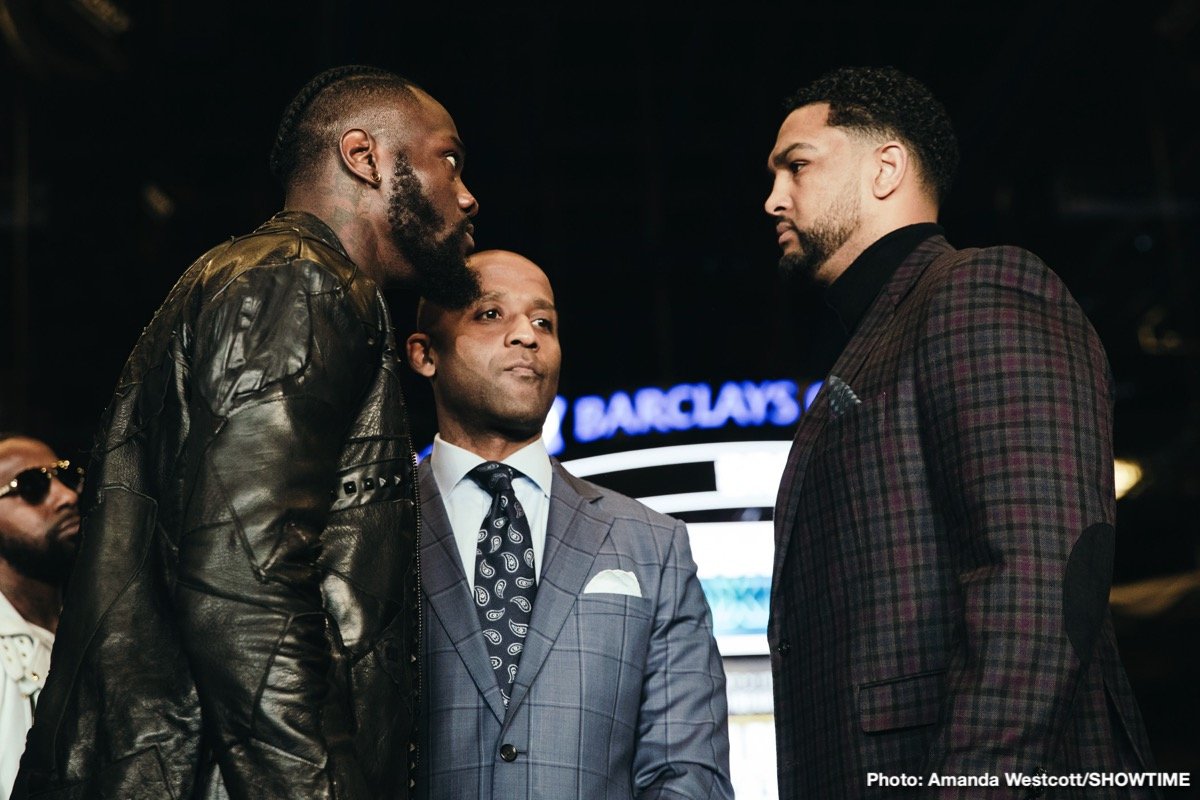 WBC heavyweight ruler Deontay Wilder has again assured the world’s fight fans that he and rival heavyweight champ Anthony Joshua WILL fight. Speaking with Sky Sports, Wilder stated “believe me, this fight is going to happen.” First, Wilder must take care of his May 18th fight with Dominic Breazeale, while AJ will face TBA (maybe Luis Ortiz) on June 1 in his U.S debut.

But after that, Wilder insists, he and Joshua will get it on.

“There will come a day, a day real soon, when there can only be one,” Wilder said. “The heavyweight division belongs to me and I’ve known that for a very long time now, but I’m not satisfied with what I’ve achieved so far. I want every single belt, I want to be the undisputed champion. I’ve fought and hurt every single person that’s been in the ring with me and still they want questions answered. I’ve proven time and again that I will fight any heavyweight, but when it’s as big as me and Joshua then it has to be right.”

Fans still hope the two sides can come together and make a deal for this, the biggest heavyweight title fight in years. If it doesn’t happen next year, all hope may well be lost, however. Wilder says Tyson Fury will not fight him again (Bob Arum has other ideas) and if that’s true, there is only Joshua left in terms of a genuine super-fight opponent for Wilder.

The heavyweight division has taken another knock with this week’s failed drugs test by you know who, and it might just take a massive super-fight to restore the faith of the fans. Wilder and Joshua have a duty to give us this super-fight. But again, fans are not going to wait forever. Who is the best heavyweight in the world right now? Will we ever actually find out definitively, once and for all? Wilder assures us, yes, we will – but can we take “The Bronze Bomber’s” word? Let’s hope so. We’ve been hoping for long enough already.