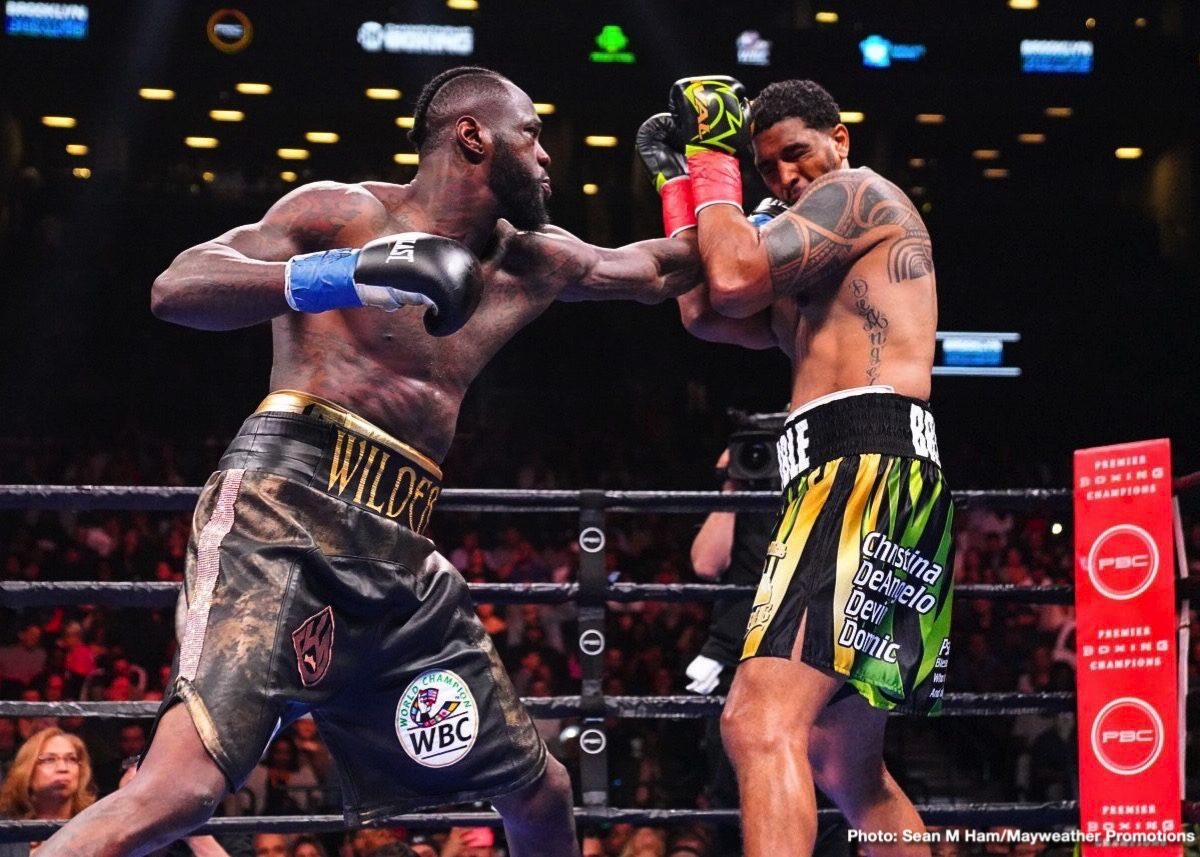 No-one doubts the brutal punching power of WBC heavyweight champ Deontay Wilder. With either hand, the unbeaten banger has dropped guys, taken them out – left them convulsing on the canvas even. The knock on Wilder is not his inability to score the knockout, it is his all-round boxing skills, or lack of them, that have drawn the ire of the critics.

Yet Wilder, in a very interesting interview with talkSPORT, spoke of the fact that he does not in any way get the credit he deserves for his skill-set, that there is no way he would have been able to have dropped so many fighters if he did not have the skills with which to set up his punches. Wilder, who says Tyson Fury’s family do not wish to see Fury get in a ring with him a second time, such is the clear and present danger he presents, is adamant he has a far greater ring IQ that his critics will admit – or can even see.

“Second time the bell rings, I’m going to knock him out, but even faster,” Wilder said of a second fight with Fury. “He’s not getting up this time, I promise you. When I hit Tyson Fury he had a concussion. He didn’t know how he got up. He didn’t know how he got dropped or how he got up – that’s a sign of a concussion. His family don’t want him to fight me again and I understand, they shouldn’t. Because I am the hardest puncher in probably the history, period. I’m blessed with the power – I just know where to hit you. And if people always don’t think I have boxing skills, how do I set a person up if I don’t have these skills? The set-up with the jab, the set-up with the right hand, then the left-hook. You have to have some kind of skill to understand those combinations. I don’t get enough credit for my intellect inside the ring. But, it’s okay, though, because it allows the other team to be unable to figure me out. If everyone says the same thing and continues to not see the greatness inside of me, I’ll never be figured out.”

Clearly, despite what his critics say, Wilder is doing a whole lot right when he fights. So far, though Fury came close in their December draw, no-one has managed to defeat Wilder; this despite his lack of skill. And though Wilder was guilty of facing some poor to average at best opposition earlier in his career, he has dealt with good men since: Luis Ortiz, Dominic Breazeale, Chris Arreola, Malik Scott, etc.

If it ain’t broke, don’t fix it, the old adage goes. This could be applied to Wilder and his style and approach to fighting. And the thing is, Wilder, closing in on his 34th birthday, could be getting better.