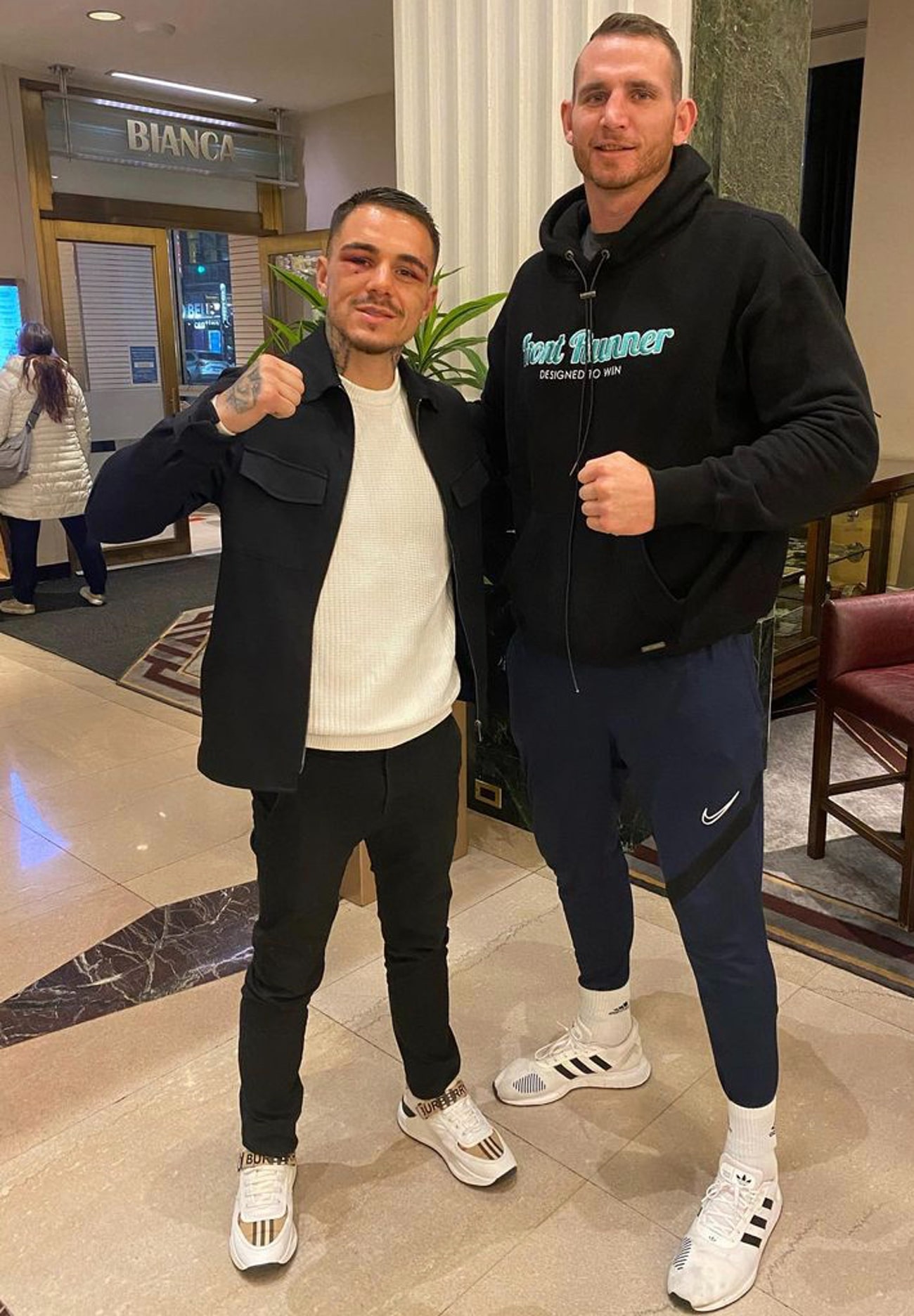 There appears to be a shift in the global boxing scene over the last couple of weeks, with Demsey McKean successfully debuting in the United States, Liam Paro readied to compete on the undercard of Fury vs Paul on Showtime, and of course George Kambosos Jr’s historic victory over Teofimo Lopez this past weekend.

McKean showed off his skills on the undercard of Demetrius Andrade’s demolition of Jason Quigley live on DAZN, and the hard-hitting Australian reflected on his first professional bout stateside.

McKean said, “I was delighted to finally get out stateside on the undercard of a world title fight. This is what my team have been working towards for a long time now, so I’m grateful to the ACE Boxing Group and Matchroom Boxing for making it happen.

“I was happy with my performance. It was good to get the rounds in and of course get the stoppage. I wanted to show off my skills and show that I have the ability to break people down and stop them. I’m not just a one-punch knockout artist, I can box with the best of them.

“I’ve been in some great camps, such as Anthony Joshua and Dillian Whyte, so I know I can mix it with the best. In 2022 with the backing of Matchroom, ACE Boxing, and DAZN, I believe I’m going to be in the fights that show everybody I have the ability to become world champion.”

Another Aussie shaking up the world is George Kambosos Jr, who upset Teofimo Lopez to claim WBA, WBO, IBF, and WBC titles this past weekend in New York City. McKean, who was ringside for the fight, gave his take on the possibilities for Australian boxing in 2022.

The hard-hitting heavyweight stated, “I’m excited for 2022 for myself obviously, but for Australian boxing as a whole. You have the likes of Liam Paro fighting on Showtime, I hope to be back on DAZN, and George Kambosos Jr just shook up the world against Teofimo Lopez in New York.

“I’m delighted for George and his team and it’s more motivation for me to work towards becoming world champion. It would be nice to see big time boxing on DAZN in Australia, but I’m happy to fight anywhere as I’ve shown already. I believe this could be a golden era for Australian boxing.”