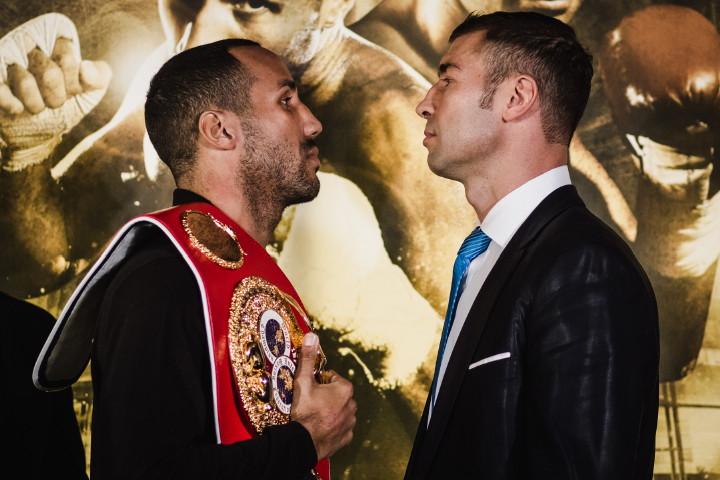 Also participating in the press conference were the two top ranked light heavyweights facing off in the co-feature. WBC’s No. 1-ranked 175-pound fighter Isaac Chilemba (24-2-2, 10 KOs), of Montreal, meets unbeaten, No. 2-ranked Eleider Alvarez (18-0, 10 KOs), of Johannesburg, South Africa, in a light heavyweight world title eliminator. The winner earns the right to become the mandatory challenger for WBC Light Heavyweight World Champion Adonis Stevenson, who is expected to be in attendance on Saturday night.

NOTE: A new opponent was announced on Wednesday for heavyweight Oscar Rivas (17-0, 12 KOs), of Montreal. Joey Abell (31-8, 29 KOs), of Champlin, Minn., will square off with the undefeated heavyweight in the 10-round opening bout of SHOWTIME BOXING on SHO EXTREME.

Here is what the SHOWTIME CHAMPIONSHIP BOXING participants had to say on Wednesday:

“It’s on – fight time is finally here. I feel like a beast.

“They think it’s going to be a boxing match, but it will be a destruction. It will be explosive. Three rounds – place your bets. Trust me.

“I fought the best super middleweight southpaw out there in Andre Dirrell and look what I did to him. Once he feels my power that will be it. I’m going to start fast and throw loads of punches.

“Carl exposed him and I’ll finish him. But I don’t care about Carl Froch – he’s old. I’m the new champion. If he wants this belt, he’ll have to come get it.

“I’m an old school fighter – I don’t mind travelling to fight in my opponents’ hometown.

“He was a great champion who has fought some great fighters so I should get kudos when I beat him.”

“It’s a great opportunity to fight for my old belt in front of my hometown fans. I think they’ll push me toward the victory. I’m looking forward to becoming world champion again.

“I think he’s the best super middleweight in the world right now, but I’m very confident in myself.

“I had a great camp. I’m just ready to become world champion again.

“I’m healthy, I feel great physically. I have the power to knock him out and the skills to box him.

“Now I have a chance to take back my belt against another English fighter.” 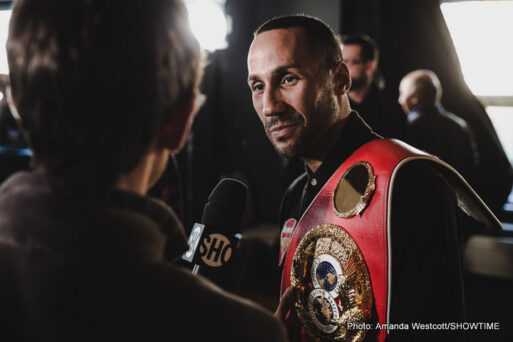 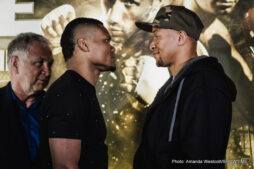 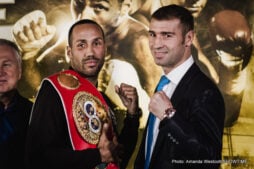 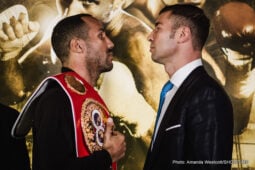 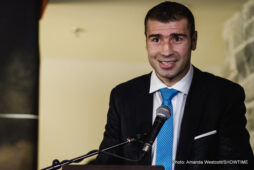 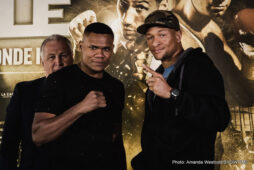 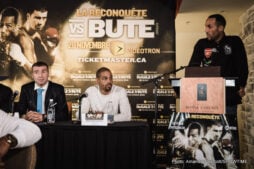 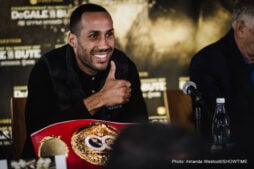 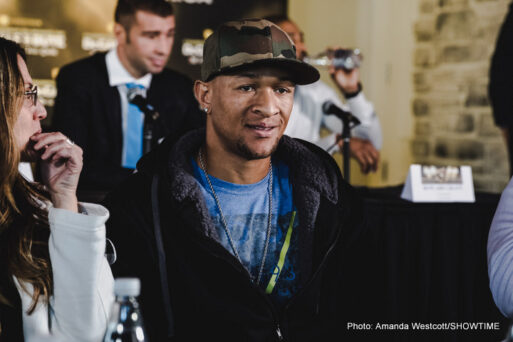 “I’ve tried to come back and do what Lucian has done and it’s not easy. Tune in on Saturday night because what I’ve got is special, and you’ll enjoy what you see.

“It’s tough to win your world title back. I respect Lucian for trying, but James is a world class fighter. He’s ready for everything.”

“We did everything we had to do. Lucian is 100 percent prepared to surprise everyone on Saturday. Lucian knows what wearing that belt is all about – he wore it for about five years and he’s coming on Saturday to take it back to where it belongs.”

“This is my chance right now. I’m hungry and I’ve done everything I had to do to have the best camp possible for this fight. I’m facing a very intelligent boxer who is technically excellent. But I’ve always said that if I don’t face the best, then I will stay an ordinary boxer. So I must face the best, to be the best.

“When I wake up on Sunday morning, I’m going to be the mandatory challenger for the title.”

“I had a great camp in Burbank, Calif., training there for six or seven weeks. I believe I should have a shot at Stevenson, and if this is what it takes to get there I will do whatever possible to make it happen. I’m up for the challenge.

“I’m fighting a good fighter and he’s undefeated for a reason. But I’m here to prove that I’m the best light heavyweight in the world. I will put on a good show on Saturday night and everyone will see.

“I have a lot of trials in my life, but I think that’s what makes me stronger and has made me what I am today. I don’t look back on what has happened and I appreciate what life has given me.

“He is a great fighter and I know it won’t be an easy fight. But I’ve put in the work and I’m ready.”

“This is the major leagues right now. These two are the best light heavyweights in the world. I’ve had the chance to work with Isaac because he has sparred in Montreal with Artur Beterbiev for two weeks. So I know him well. He’s a very complete and complex boxer. But I full trust my fighter to win this fight. It’s his chance.”

“I just want to say it’s great to be a part of this event. Mr. DeGale is the champion and he’s coming to Mr. Bute’s country to fight him. That’s what boxing needs. It needs more fights like this to keep it on the rise.

“As far as our fight goes with Mr. Alvarez, I believe that besides (Sergey) Kovalev, these two are the best light heavyweights in the world. And I think they should be fighting for the title and not an eliminator to see who fights the champion.”