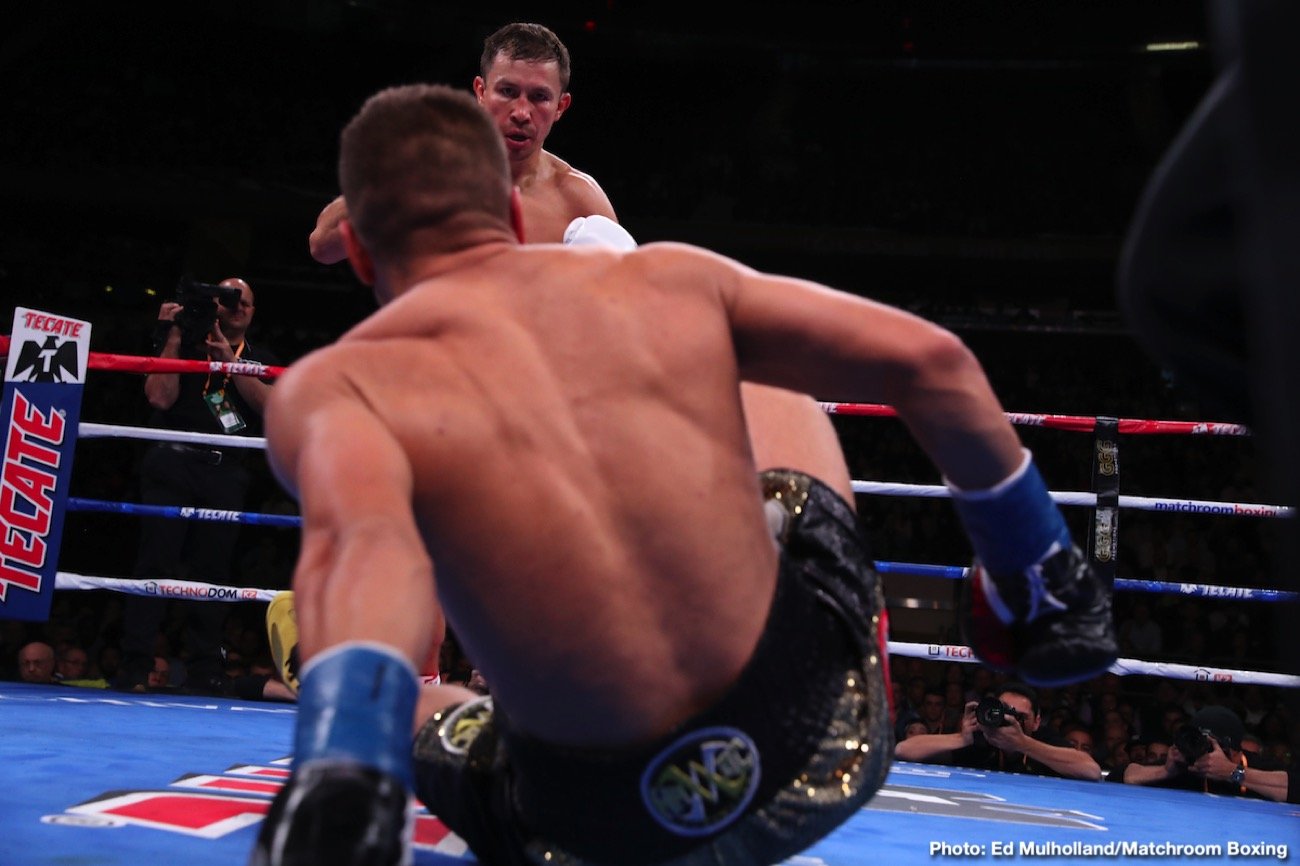 Will he or won’t he come back, and if he does, will Oscar De La Hoya actually fight Gennady Golovkin as De La Hoya himself has said he is “open to” doing? For some months now, De La Hoya has spoken of his very serious intentions of making a comeback at the age of 47 (Oscar will turn 48 in February), and just this week De La Hoya mentioned Golovkin’s name as his possible comeback foe.

Speaking on The AK & Barak Show, De La Hoya really did say he is “open to fighting GGG.”

In another interview with DAZN News, De La Hoya said he is “90 percent positive” that he will actually fight again. Oscar – like many of us – is waiting to see how 54-year-old Mike Tyson looks in tomorrow night’s exhibition bout with 51-year-old Roy Jones. De La Hoya has been inspired by the great physical condition Tyson has got himself into at his current age, but he wants to see how Tyson looks when in the ring before fully making his mind up on his own comeback.

“I’m 90 percent positive that I’m coming back in the first quarter of next year,” De La Hoya said. “The ten percent is based on how Tyson and Roy Jones look in their upcoming fight. We’re almost the same age. Although I’m younger, our bodies have been through the same strain with workouts and training. How is Tyson’s body going to react (in the fight)? I want to see what transpires, how the fight unfolds, and we’ll take it from there. But once I’m 100 percent sure you are going to be very surprised by who I want to fight.”

Certainly, fight fans would be very surprised if a De La Hoya Vs. Golovkin fight did actually happen in 2021. But is it really a realistic fight/match-up? Unlike Tyson and Jones, who are merely boxing an exhibition, De La Hoya would be facing GGG for real. And it could prove nasty. GGG turns 39 next year, so he is “only” nine years younger than De La Hoya. And it has been said by more than a few people how Triple-G has slowed down recently, that the number of hard fights have taken something from him. Still, despite all that, would a rusty, out of the ring for well over a decade De La Hoya have any chance against the long-reigning middleweight champion?

De La Hoya would surely have to have a tune-up bout first. But if either Tyson or Jones wind up being embarrassed tomorrow night, maybe De La Hoya will decide to call the whole thing off. Really, after all he’s achieved in boxing, would De La Hoya really risk it all by coming back?

Would you want to see him do it?