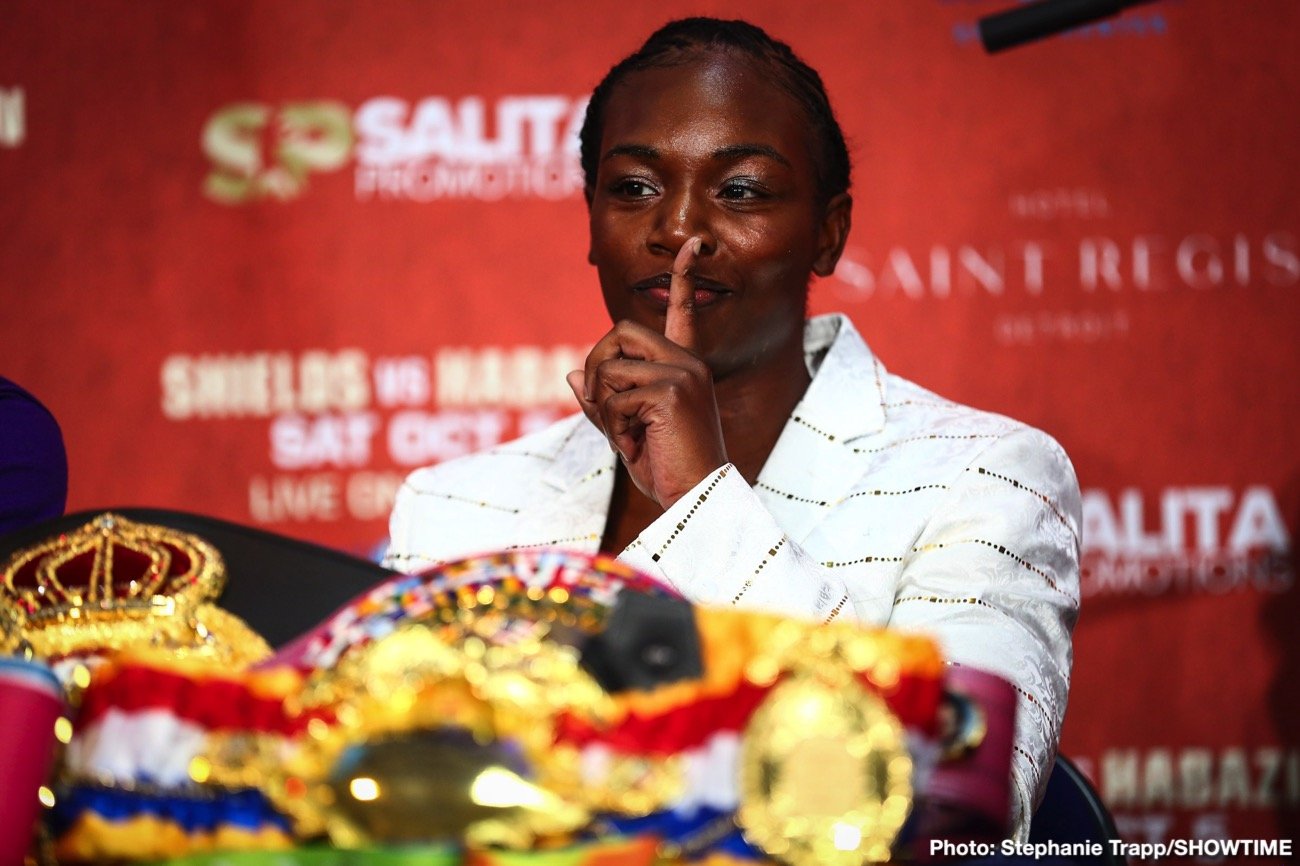 “She never could have beaten me,” Laila Ali – “She’s Muhammad Ali’s daughter, she’s not Muhammad Ali. Shut Up and Fight Me,” Claressa Shields.

The above words, said boldly by former female super-middleweight and light-heavyweight champ Laila Ali, about Claressa Shields, have triggered a response, and some mighty fine trash-talking, from the current female boxing superstar, the history making Shields.

Shields, a three-weight champ after just 10 pro bouts (super-middle, middle and super-welter) told Newschain that Ali, daughter of course of the one and only Muhammad Ali, is “all bark and no bite.” 24 year old Shields said also that the fight can happen “if she really want it,” adding that the winner would get $10 million, the loser $5 million.

It’s debatable that this fight, if it actually took place, would really generate that kind of money, but who knows. Ali, who last boxed way back in 2007, exiting (it seemed for good) with 24 wins and zero defeats. But Ali turned 42 in December and if she did decide to come back, “She Bee Stinging” would really be up against it against the primed and peaking Shields.

But Shields felt a response to Ali’s “she never would have beaten me” statement called for a response. Shields shot back how Ali “never fought anyone,” that she faced “soccer moms and probably strippers.”

It’s true Ali fought some no-hopers, some badly outclassed opponents, but in fairness the field of female fighters boxing back then, the women who could have fought Ali, was not that strong (since would say this is still the case now, with Shields not having too many formidable opponents to fight).

In her heyday, Ali was fast, powerful (a far bigger puncher than Shields, who has just 2 KO’s to Ali’s 21) and talented. Peak for peak, Shields vs Ali would have been a very, very interesting fight. But now, with well over a decade spent out of the ring, and at the age of 42? Shields would be just too much for Ali.

Still, the hype, the build-up and the war of words alone would no doubt be a whole lot of fun if the fight did happen this year. Would YOU pay to see this fight?