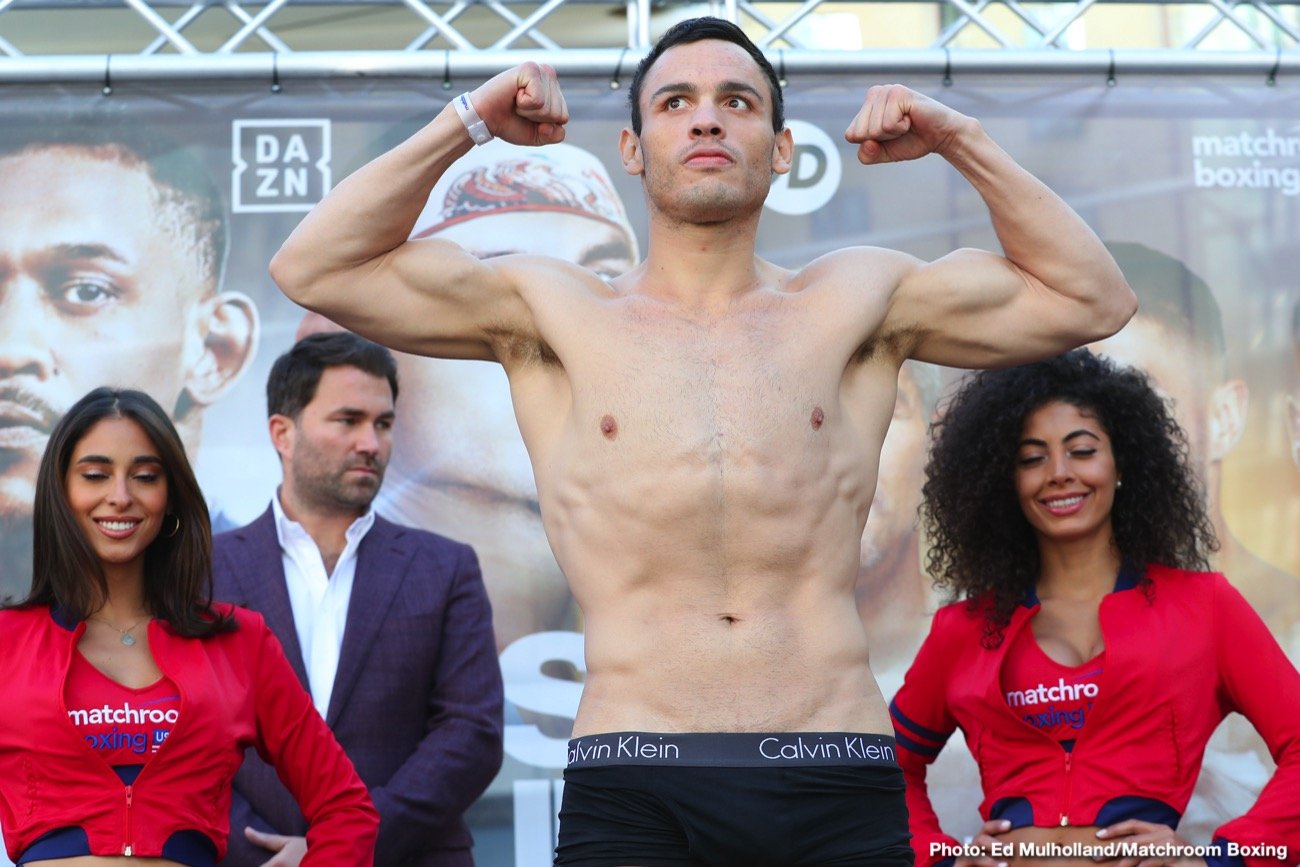 Tonight’s fight between Danny Jacobs and Julio Cesar Chavez Jr is still on, and the Mexican Son of A Legend should be thanking his lucky stars that this is the case. For though the fight with former middleweight champ Jacobs, agreed at 168 pounds, is very much the last big chance for Chavez Jr, a fight he is lucky to have gotten in the first place (remember how badly Chavez Jr stunk the place out in his last major fight, the shut-out decision loss to Canelo?) – Chavez Jr failed to make weight for the fight. Miserably.

Coming in a little over 172 pounds, so really nowhere near the agreed, contracted 168, Chavez Jr has fans wondering how hard he trained for this, a fight that is, to repeat, his LAST chance at top level. Another question is, should Jacobs have walked away, leaving an overweight Chavez Jr without a fight? Now fighting at an agreed catch-weight of 173, the two may or may not give us a good action fight.

Jacobs, win or lose, will take home a good slice of cash. Chavez Jr, in order to salvage the fight, has had to pay a penalty for failing (miserably) to make weight: $1 million, which goes to the Brooklyn “Miracle Man.” It will be interesting how much weight Chavez Jr will put on before tonight’s opening bell (or how much he will be allowed to put on). We will basically see two big light-heavyweights fighting tonight.

If Chavez Jr, 51-3-1(33) has simply outgrown the 168 division the way he did the 160 division, okay, but in light of Chavez Jr’s previous problems making weight throughout his career, did he and his team ever truly think he would make 168 for tonight’s bout? Chavez Jr had better be darn grateful for Jacobs declining to walk away from the fight, as he so easily could have done.

Chavez Jr simply has to win tonight, he will have no place to go but into total obscurity if he puts on a poor showing and is beaten up. But if Chavez Jr does get the win, won’t Team-Jacobs be ready with an excuse, that Chavez Jr was simply too big on the night? Jacobs, 35-3(29), was always big for a middleweight and he may well enjoy fighting at 168 a great deal. But tonight he will be fighting a light-heavyweight.