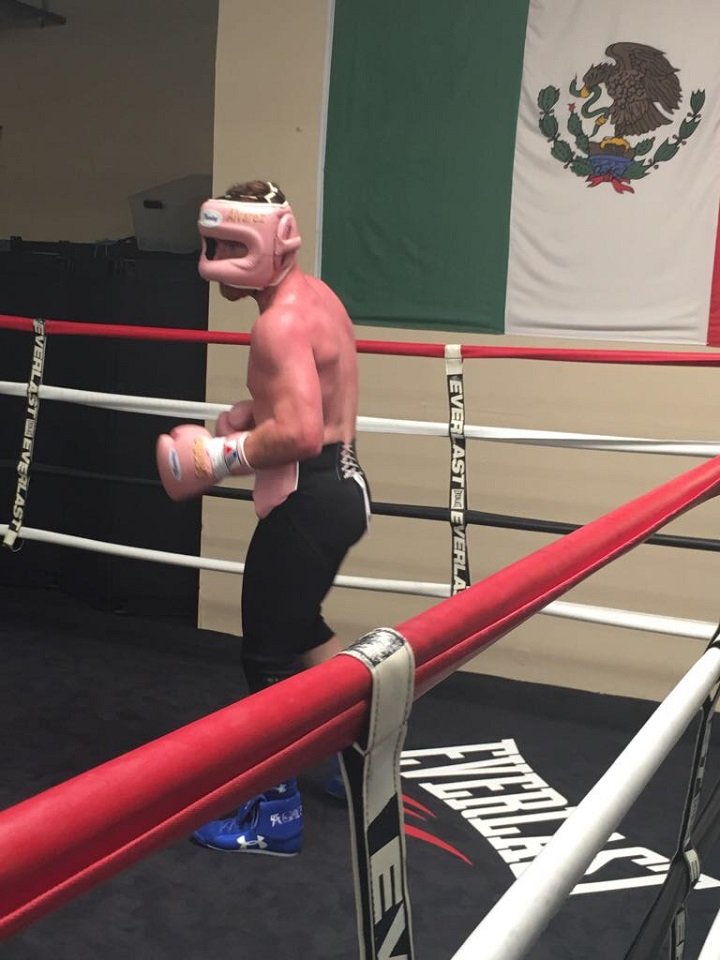 Mexican superstar Canelo Alvarez (49-1-1, 34 KOs) returned to San Diego for the eighth consecutive time and for his sixth headlining Pay-Per-View event to open training camp ahead of his Sept. 16 clash against Gennady “GGG” Golovkin (37-0, 33 KOs) for middleweight supremacy at T-Mobile Arena in Las Vegas. The mega-event will be produced and distributed live by HBO Pay-Per-View beginning at 8:00 p.m. ET/5:00 p.m. PT.

The native of Guadalajara, Jalisco, Mexico, who will defend his lineal and
Ring Magazine middleweight titles against Golovkin on Sept. 16, shared his daily routine as he prepares for the biggest fight of his illustrious career.

Running from 6 a.m. to 6:30 a.m.
Breakfast after the run, followed by rest.
Eats a light meal or snack at 1 p.m. before heading over to his gym.
Training in the gym from 2 p.m. to 5 p.m. Monday, Wednesday and Friday (exercises, hitting the mitts, jumping rope, etc.).
Sparring sessions on Tuesday, Thursday and Saturday.

Canelo, who recently celebrated his 27th birthday, had the following to say regarding his training camp for the mega event:

“Basically, training camp has been waking up early at around six in the morning to go running, and then I’ll come back and relax a little bit and prepare myself for the training sessions, sparring, strategy, and what we normally work on.

“Usually training is almost always the same, but the strategy is different because every fighter is different. The strategy depends on the fight. While you’re preparing for a fight, you don’t know what happens once you’re in the ring.

“I’m a fighter who is a counter puncher, and his style is a come forward style, so I think both styles will lead to a great fight. My style, the style that I have, is superior to his style.

“With sparring, we usually go based on someone who is similar to the fighter in order to have the same style-the height and the weight. That’s usually what we focus on, to get somebody like that.”

Oscar De La Hoya, chairman and CEO of Golden Boy Promotions, added, “Canelo is boxing’s most disciplined fighter. He takes every training camp very seriously and I know that he will be in the best shape of his life for this showdown with Golovkin on Sept. 16 at T-Mobile Arena and live on HBO Pay-Per-View.”

Canelo vs. Golovkin is a 12-round fight for the middleweight championship of the world presented by Golden Boy Promotions and GGG Promotions and sponsored by Tecate, BORN BOLD, Hennessy, Never Stop, Never Settle, O’Reilly Auto Parts, Fred Loya Insurance, Fathom Events, Tsesnabank, and Capital Holdings. The event will take place on Saturday, Sept. 16 at T-Mobile Arena in Las Vegas and will be produced and distributed by HBO Pay-Per-View.