Canelo Alvarez revealed on Thursday the reasons he’s not fighting former two-time WBC super middleweight champion David Benavidez next is because he’s already beaten all the champs at 168 and he can do what he wants at this point.

What Canelo and his trainer Eddy Reynoso plan on doing now is making history by going up in weight 22 lbs to face WBC cruiserweight champion Ilunga Makabug next.

Canelo says he expects to weigh around 180 lbs for the fight with Makabu (28-2, 25 KOs), which shouldn’t be that much lighter than his opponent.

With the World Boxing Council expected to lower the cruiserweight limit for their WBC belt from 200 lbs to 190 lbs moving forward, Makabu won’t be enjoying the kind of weight advantage that he would have had in the past.

It’s not going to be easy for Makabu to drop weight, so that should give Canelo a nice handicap advantage.

“Right now I can do whatever I want. I faced all the 168lbs world champions, I took the title from all of them. Now I do what I want,” said Canelo on why he’s fighting Makabu on instead of Benavidez.

“I want to make history and I like challenges, that’s why,” said Canelo on why he’s moving up to cruiserweight to fight Makabu.

Even if Canelo captures the WBC Bridgerweight and then the WBA secondary heavyweight title, he’d still be one short of tying Pacquiao’s eight division world titles.

For Canelo to tie it, he would need to go on a dramatic weight loss regimen to drain down to 147. That wouldn’t be healthy for Canelo to do, and it might be a real risk.

For Canelo to break the record, he would then need to go down to 140 and win a world title there. It’s not possible.

“What belt? It was a 12 round fight. What belt did they fight for?” said Tim Bradley to Behind The Gloves on Canelo’s November 6th fight against IBF super middleweight champion Caleb Plant.

“Do you remember a belt? It’s just a spectacle, guys, that’s all it is. It looks glamorous on TV. It’s fantastic. He’s the champion.

“No, it’s the fights, that’s what matters. It’s the match-ups,” said Bradley in making it clear that Canelo has things up mixed up in his head, thinking that beating little-known belt-holders like Makabu, Caleb Plant, and Billy Joe Saunders will cement his legacy rather than looking to fight the best.

Bradley is right about what the fans remember. When they think about great fighters, they focus on how many division world titles that they captured.

The fans remember all the great fights. Canelo seems to be confused, believing that fans in the future will be impressed with his resume when they see how many division titles he won. I don’t think they will.

“He’s [Canelo] still running from him [Benavidez],” said Bradley. “I saw Canelo, and to me, he didn’t look impressive in his last fight [against Caleb Plant]. He looked mediocre. I’m being 100% honest with you. He got the stoppage and finally wore him [Plant] down.

“The kid [Plant] finally conceded when he was talking about, ‘Hey, I’m pretty good, huh? Did you think I was pretty good? Pretty good for 21-0?’ Come on, bro. Are you kidding me? Stop. 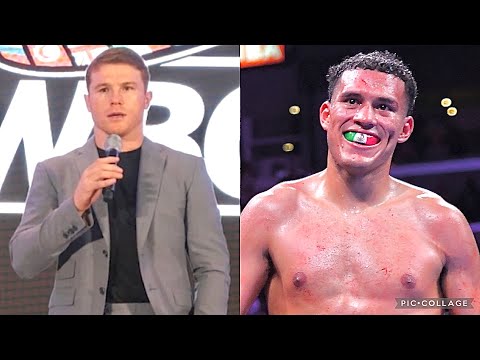 “That’s terrible, bro, and he conceded and went and laid down two rounds later. He got him to concede and then what happened? ‘I’m pretty good, huh?’ Yeah, you’re pretty good. You’re fine.’

“Dude, you cannot do that, man, especially at the highest level. Plant, I knew he didn’t have it.

“I was studying [Dmitry] Bivol,” said Bradley when asked who will give Canelo the most problems. “But the only downside of Bivol is he’s not active enough, but he does have size, he does have quickness and he does have punching power.

“See, Plant needed punching power. He didn’t have that. He can punch, but he’s too small,” said Bradley about Jermall Charlo. “Canelo’s not fighting at a catchweight [against Charlo],” said Bradley.

4 thoughts on “Canelo on why he’s fighting Makabu: “I do what I want””